Hot ALERT! Your favorite K-pop bands have infused fire in their songs at least once. Here is a list of some fiery K-pop songs that will raise the temperatures! From BLACKPINK's Fire to (G)I-DLE HWAA - K-pop artists truly have curated some lit songs. It is as if the K-pop singers absolutely love the fire metaphorically. Whether their songs mention burning up the stage with raging passion or scorching the past with smoldering tracks - K-pop superstars have never shied away from producing dope and zealous song tracks. These brilliant compositions infectiously burst to life, making K-pop fans lose themselves in their music.

This article will talk about 6 of such brilliant songs where you will literally feel their blazing passion as you groove along with them. It is all about the fya folks; check it out!

Do you remember the OG K-pop stars 2NE1? If you do not, you are probably not the die-hard K-pop fan that you pretend to be because they were FIRE, literally FIRE, when it came to their songs and performances. And this soundtrack is an example of one of their many masterpieces. Undoubtedly, one of the most fiesty all-girls K-pop bands 2NE1's sole purpose in curating the song, FIRE, was to turn the heat up and set the roofs ablaze. From its addictive chants to its siren-like vocals - this infectious dance track is simply irresistible. So, come on, don't fight the urge; it is time to rockaby baby, rockaby!

Arson is a solo track by the BTS member J-Hope. The usually bright J-Hope showcases a more sinister and dark side of himself in this unnervingly minimal instrumental song. He continues to rap in a rumbling and menacing tone, gradually changing into a more urgent and unstoppable rage with a sense of blazing silence as he is being consumed by angst. On days you, too, feel being consumed by flaming angst, put on your headphones and listen to this song, and it will dump your angst in a burning pit!

3. PLAYING WITH FIRE by BLACKPINK

Remember how your eyes lit up when you see someone that you love? Yes, the same happens with and in this music video by BLACKPINK.

PLAYING WITH FIRE is a mesmerizing song encapsulating that love is as captivating as it is dangerous, just like fire. The music video portrays a risky love that you can not take your eyes off and keep ignoring all the red flags, and ultimately your world ends up bursting into flames! Do you feel the raging fire inside you?

The song HOT is from the album Face The Sun, both of which bring in the heat. From incandescent fireworks (dayum) in their fiesty music video and its relentless siren-like electronic chirps to the scorching sun in the desert area - the K-pop band, SEVENTEEN was very sure when they named the song HOT. So, people time to turn on your air conditioners because it's HOT-HOT-HOT!

Generally, bluer fame is thought of as cool, calm, and collected against the fiery red hot flame. However, K-pop band ASTRO's Blue Flame will take you on a passionate and dark journey with fierce Latin pop in its verses. This soundtrack is more of a slow burn that has the depth to light up even the darkest of nights with (both) the impressive lyrics and the band's sensual singing capabilities equally!

If the members of this K-pop band were not fire enough in themselves, they, sure as hell, were in this music video. FIRE by BTS is that one song that rages inside every loyal fan of the BTS Army. The uproar of the word fire throughout the music video metaphorically represents how the BTS sets the stage alight with their iconic dance choreography, engulfing the world in flames. Try stopping yourself once your soul is set ablaze with this song! 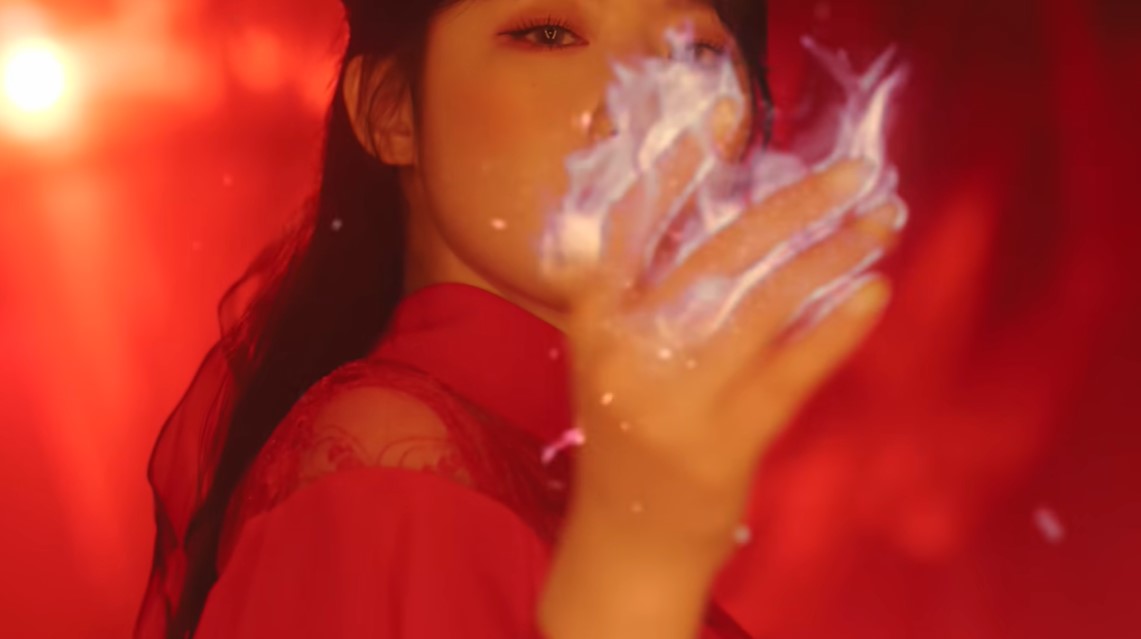 That is all folks! This was our list of intense K-pop songs that will surely turn up the heat. Hopefully, you'll get the gist once you listen to these songs.

Is there any K-pop song that you want to add to this list?

Tell us in the comments section below.

Also Read: From J-hope to Nayeon: Top 5 K-pop solo artists to give mega hit songs in 2022

Which are the most popular K-pop songs?
Boombayah by Blackpink, Fire by BTS, and TT by Twice are amongst the most popular K-pop songs.
Who is No.1 band in K-pop?
BTS
What is a K-pop song?
A K-pop song is basically a fusion of R&B, rock, pop, hip hop, and electronic music genres that is backed by sharp dance routines, synthesized music, and fashionably colorful outfits.
Who is the king of K-pop?
Kwon Ji-yong
Who is the Queen of K-pop?
Lalisa “Lisa” Manoban
Who is the best K-pop idol?
Lisa (BLACKPINK), Jimin (BTS), J-Hope (BTS), and Rosé (BLACKPINK) are amongst the best K-pop idols.
Which is the richest K-pop group?
With a net worth of 1 Billion dollars, Exo is the richest K-pop group.