Kim Jisoo brought out her best fashion game while making an appearance at this year's Dior Couture show. BLACKPINK member Jisoo knows how to bring glam to the game and this time was no different. Resident Queen for all things Dior as its global ambassador of Fashion and Beauty, she proved to be the main event. True to her title, she brought the fashion and the beauty to Dior Couture Spring Summer 2023 fashion show for the Paris Fashion Week.

Tens of fans gathered outside the Musée Rodin museum where the show was held and waited for one glimpse at the face of the brand who is known to cause hysteria with each appearance. Jisoo donned an all-white look and was a sight to behold in a heartwarming reference to Audrey Hepburn’s style. Her bangs covered her forehead, a look that fans have adored for a long time as she beamed at the cameras aimed at her. Her updo made it all the more believable as jaws dropped with one look at her. Bright red lips smiling, sans any jewellery but glimmering nonetheless, she graced the event with cheers and flashes never-ending.

Jisoo’s dress is known to have been a creation of Maria Grazia Chiuri from the couture collection and she carried it with perfect poise as the face of the brand. She shared photos from the front row where she sat with other celebrities, flanked by Dior CEO Delphine Arnault and TAG Heuer CEO Frederic Arnault.

The BLACKPINK member shared behind-the-scenes from the show where she watched the new collection sashaying down the runway. Actress Anya Taylor-Joy was also seen at the event as a brand ambassador and so was actor-model Lee Soo Hyuk who has been associated with Dior for some time now. Yara Shahidi was seen taking snaps with the South Korean beauty as the two bonded. 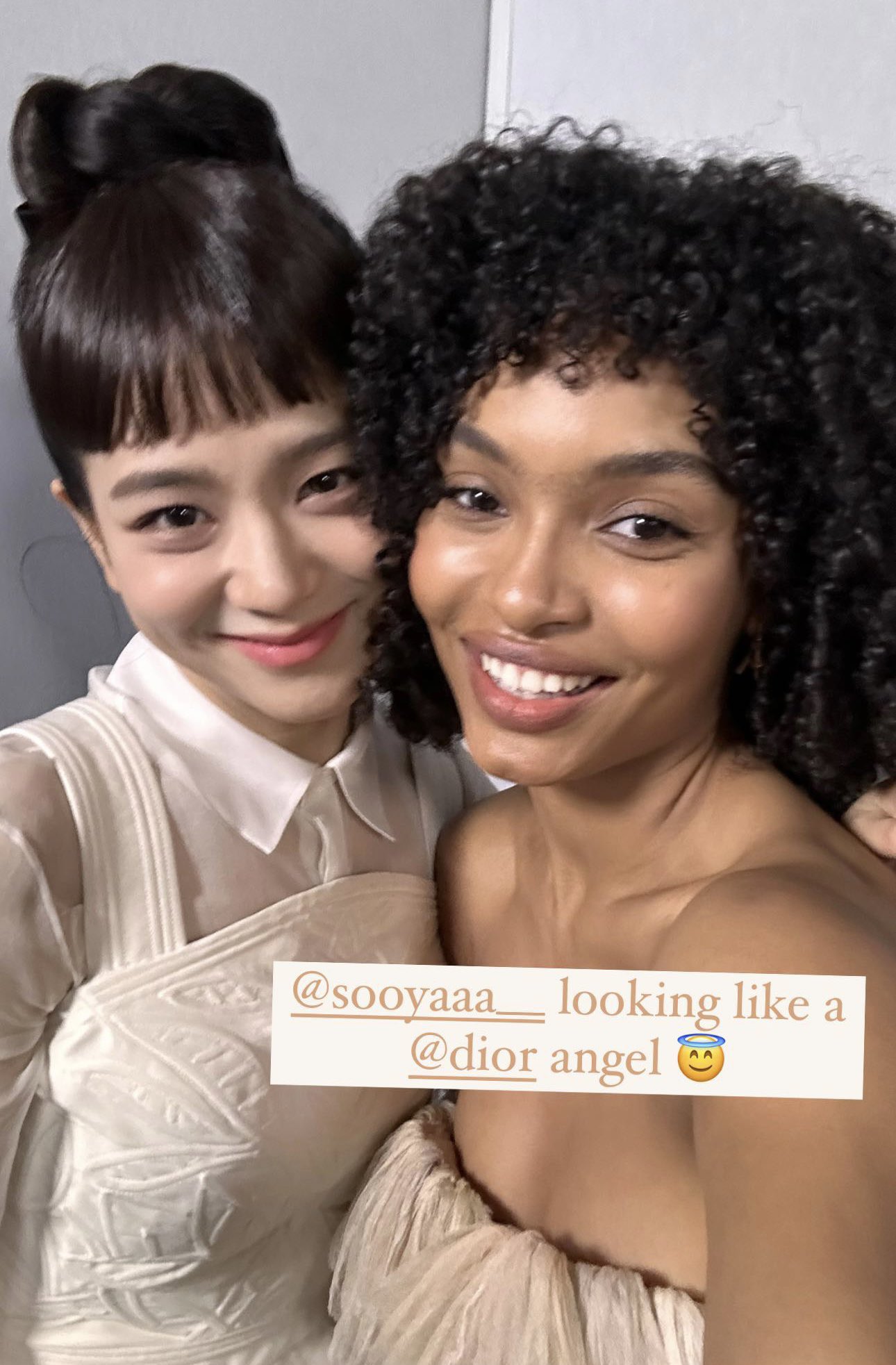 Other BLACKPINK members are also known to be in Paris at the moment as Rosé alerted everyone about her appearance with an Instagram update. Members Jennie and Lisa on the other hand are assumed to be present as well, with expected attendance at upcoming fashion events.

Meanwhile, earlier it was confirmed that Jisoo will be making a solo music debut in this year following her K-drama debut in 2022 with JTBC’s ‘Snowdrop’. She is the only member of the quartet who is yet to embark on an individual musical journey.