On September 22, Sony Music released the group concept photo for EXID’s upcoming 10th anniversary album ‘X’ and title track ‘Fire’. Dressed in fiery and edgy outfits, the EXID members are all about exuding confidence, giving us girl crush feels and has the fans excited for their upcoming release.

Previously, EXID released a music video teaser video for the title song 'Fire'. In the teaser video for 'Fire', EXID heralded the heat that befits the title with energetic dance and atmosphere. On September 8, pre-orders for the physical album began, and the album image and track list were released sequentially.

EXID released the tracklist of the album on September 14th. A total of four songs, including the Korean and English versions of the title song 'Fire', 'IDK(I DON'T KNOW)' and 'LEGGO', are scheduled to be recorded. EXID will continue to present content for fans until September 29, when the album is officially released. Concept photos of each member will be released sequentially, followed by the second music video teaser. After the release, the dance performance video of 'Fire' and the clip video of 'Behind the Scene' will be released.

EXID's comeback after 3 years, the 10th anniversary album, and a gift for fans who have been in love for a long time ‘X’ will be officially released on September 29th. Pre-sales have been announced on EXID's social network and can be purchased from various sites.

EXID currently consists of five members: Solji, LE, Hani, Hyelin and Jeonghwa. EXID debuted in February 2012, with the single ‘Whoz That Girl’. Though the album gained some attention, it was not until 2014 that the group unexpectedly gained popularity with the single ‘Up & Down’, which reached number one on the Gaon Singles Chart four months after release due to a fan-recording of a live performance becoming a viral video. 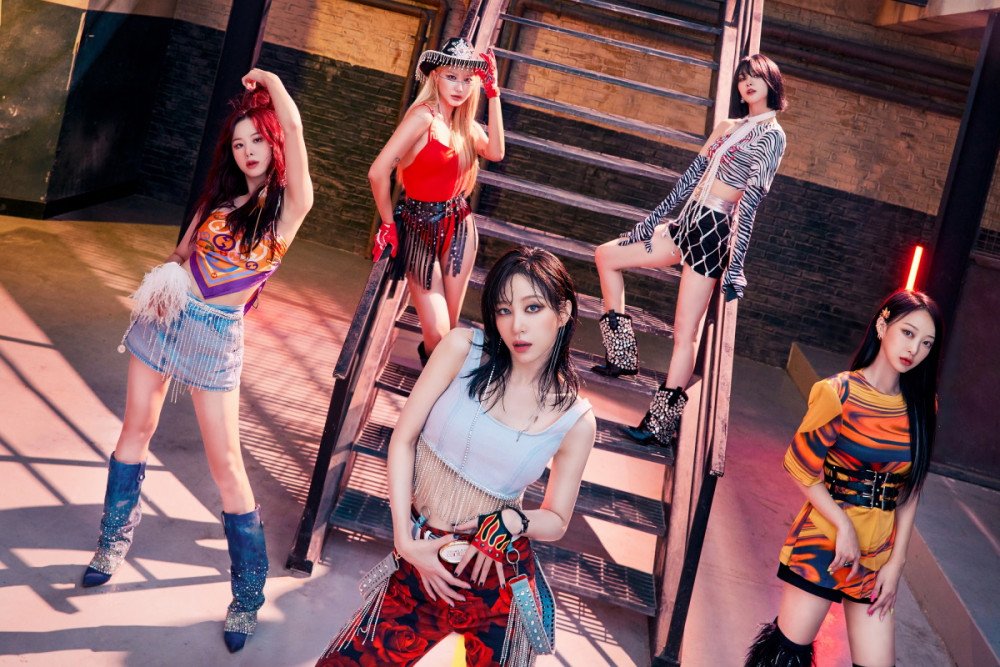 WATCH: EXID sets everything on ‘FIRE’ in the encha... EXCLUSIVE VIDEO: TRI.BE on BLACKPINK and EXID as r...