In the photo, D.O. is watching someone in the car, and as if trying to capture an important moment, he is equipped with a camera, and his nerves are sharp. In order to succeed in his investigation, he even received the scene and radiated extraordinary charisma with his sharp eyes. 'Bad Prosecutor' is an action investigative drama that cools down the sanctuary created by wealth and power, and even the hordes of evil living in it. 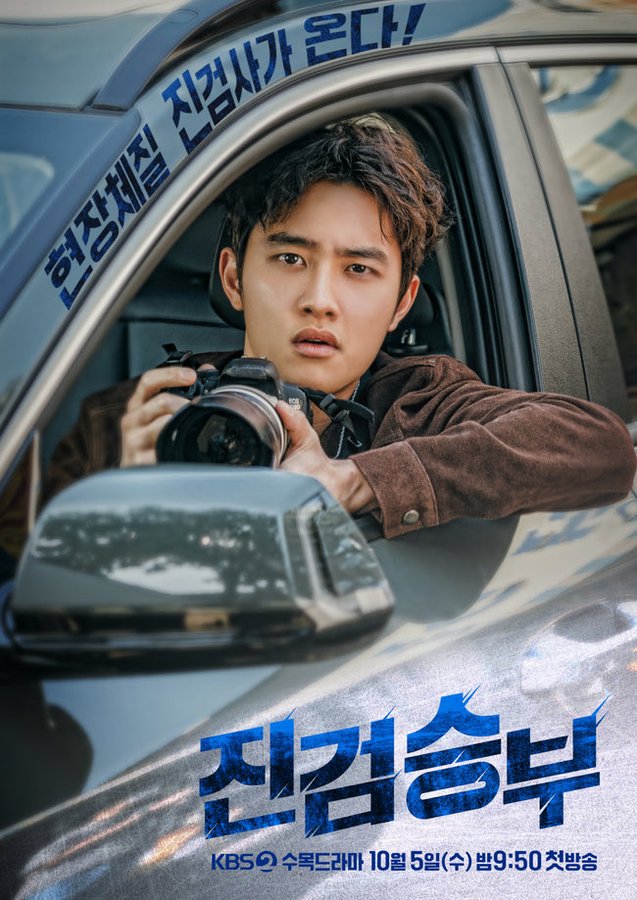 In the drama, D.O. takes on the role of Jin Jeong, a poor prosecutor who will go down in the history of the prosecution. He punishes those in power who are corrupt with expediency rather than law, trickery rather than rule, and badness rather than sincerity. D.O. briefly and clearly explained the character Jin Jeong, saying, "Jin Jeong is a poor prosecutor who fights for justice." Then he said, "The script was so fun, and the story was pleasant. I've never played a character like this before, so I thought it had a lot of charm, so I joined the team." First broadcast is on October 5th.