Jackson Wang attended Louis Vuitton’s show at the Paris Fashion Week and he looked absolutely gorgeous in the black suit, glasses and lip piercing. His handsome visuals dazzled at the show and on the same day, the brand announced the global artist as the house ambassador, making a new milestone for the GOT7 member! 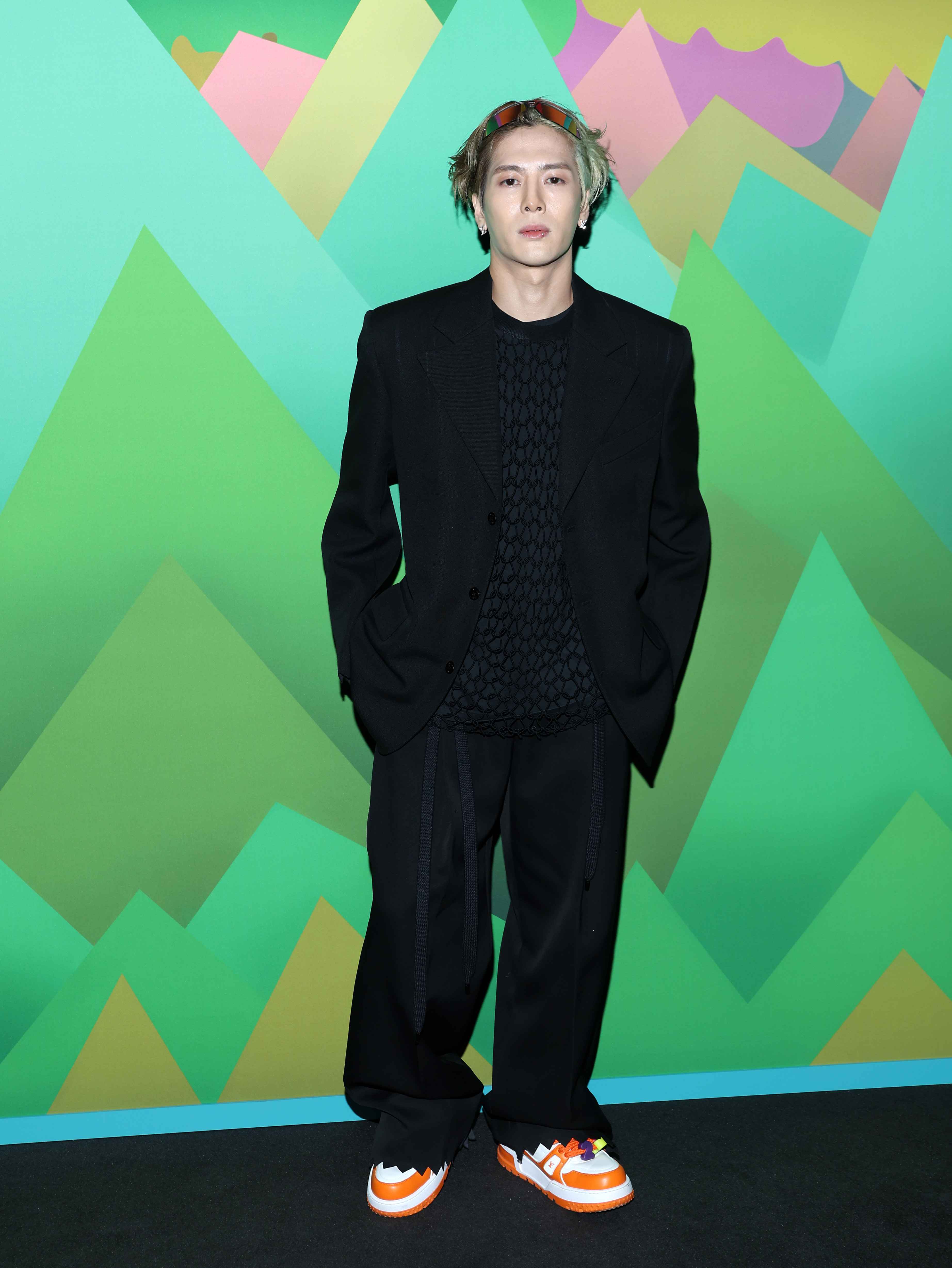 Singer Jackson will participate in the 'Coachella Valley Music and Arts Festival', the largest music festival in North America, for the second year in a row. Jackson will perform on the 16th and 23rd of the festival, which will be held in Coachella Valley in Indigo, California, USA from April 14th to 16th and 21st to 23rd. At this year's festival, K-pop girl group BLACKPINK, popular Latin pop rapper Bad Bunny, and hip-hop star Frank Ocean will perform as headliners.

Jackson took his first steps in the music industry in 2014 with the group GOT7.After that, his solo debut album 'MIRRORS', released in 2019, reached No. 32 on the US Billboard's main album chart 'Billboard 200' and succeeded in standing alone. 'Magic Man', released in September of 2022, ranked 15th on the 'Billboard 200'.

GOT7 is a 7-member group consisting of JAY B, a member of JJ Project, a project duo that first debuted in 2013, vocalist Youngjae, maknae Yugyeom, Mark, BamBam and Jackson. Since their official debut in January 2014, they have been active as the representative boy group of JYP Entertainment (JYP), succeeding 2PM and 2AM. As a hybrid group composed of multinational members, it attracted attention especially in the overseas market. Continuing the world tour and contributing to a significant portion of JYP's sales.

In 2021, when the exclusive contract expired, all members left JYP and found a new nest. However, the 'seven years of the devil' was avoided. While carrying out individual activities at their respective agencies, they showed their will to continue group activities, and in fact, released the 'complete' album in May of last year, revealing their strength. Entering their 10th year this year, they are showing a greater presence in their individual activities. It seems to be worthy of its name in various fields such as acting and music. In particular, it is showing active performance in the global market.

In 2017, when he was promoting GOT7, Jackson established his personal studio 'Team Wang' in China and has been promoting in China and Korea at the same time. He signed an exclusive contract with Sublime and took over the management of domestic activities, and his overseas activities are in progress with a private workshop. After coming out of JYP, Jackson, who released 13 solo albums including regular and single albums, is active mainly overseas. Since the end of last year, he has been conducting a new world tour, 'Jackson Wang MAGICMAN World Tour 2022-2023'. Starting with Bangkok in November last year, performances were held in Kuala Lumpur and Singapore in December of the same year, London and Paris in January 2023, and Dubai in February.

What do you think of Jackson Wang’s look? Let us know in the comments below.

WATCH: GOT7’s BamBam wittily wishes JAY B on his b...

GOT7’s Mark and Thai actor Win Metawin are all abo...