The Academy Awards every year bring us some of the most dramatic moments, especially with the acceptance speeches. Here's a look at the iconic ones. The Academy Awards are one of the most prestigious honours when it comes to celebrating the best of acting talents. Every year the awards honour the best acting talents as well as technical achievements in cinema. Over the years, fans have become accustomed to tuning in to watch the Oscars ceremonies and enjoy the drama and the suspense of who's going to win.

Here's a look at 10 Best Actor Academy Award acceptance speeches that are iconic:

Marlon Brando won the best actor Oscar in 1973 for his role in the Godfather but the actor wasn't present at the ceremony to collect the trophy and instead, Sacheen Littlefeather, a Native American civil rights activist who passed away recently arrived on his behalf to decline the award. The actor declined the award in protest of Hollywood's depictions of Native Americans. 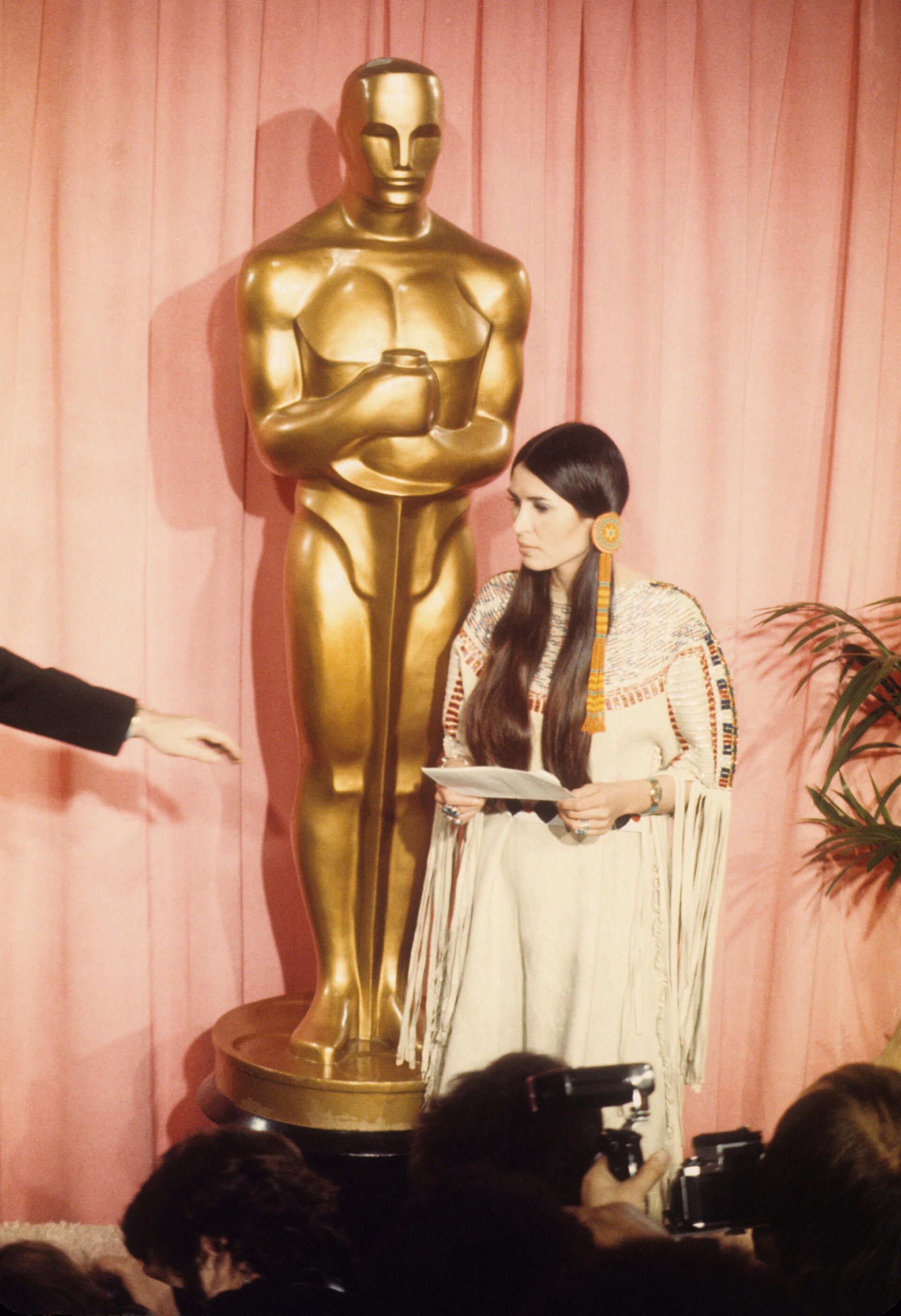 Leonardo DiCaprio finally won his Best Actor Academy Award after being nominated multiple times in 2016 for his performance in The Revenant. The actor delivered a memorable Academy Award acceptance speech as he spoke about climate change and the need to support leaders who don't speak for big corporations and polluters of the world but instead stand up for humanity. The actor concluded his speech with a powerful line that said, "I do not take this planet for granted, I do not take tonight for granted." 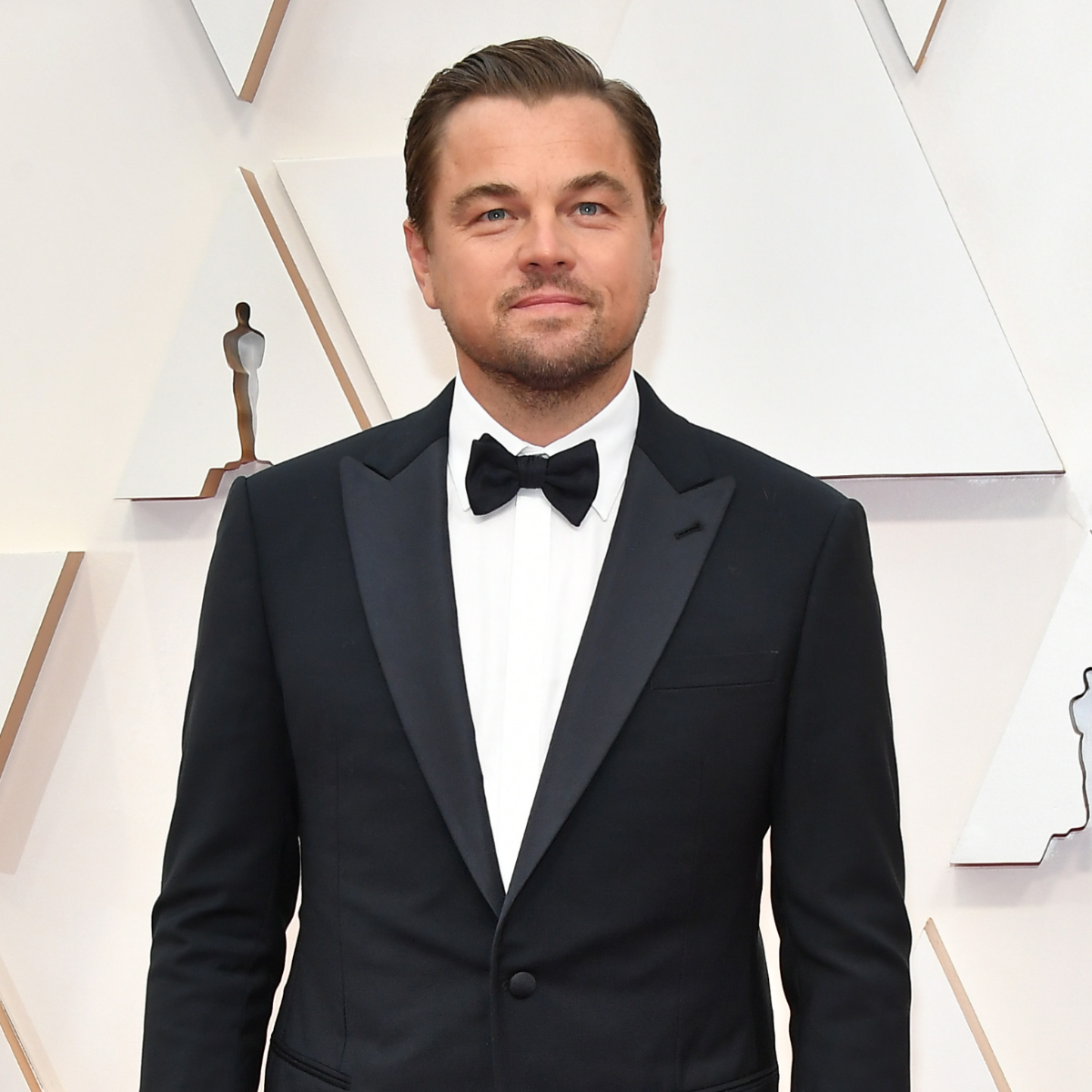 Matthew McConaughey bagged his Best Actor Academy Award in 2014 for his performance in Dallas Buyers Club. The actor delivered an emotional winning speech as he dedicated the award to his hero. He said, "o my hero. That's who I chase. When I was 15 years old I had a very important person in my life come and ask me 'Who's your hero?' I said, 'I thought about it and it's me in ten years. So I turned 25 ten years later and that same person comes to me and goes, 'Are you a hero?' I said, 'Not even close!' She said why and I said, 'My hero is me at 35.' You see, every day, and every week, and every month, and every year of my life, my hero is always ten years away. I'm never going to be my hero. I'm not going to obtain that and that's fine with me because it keeps me with somebody to keep on chasing." 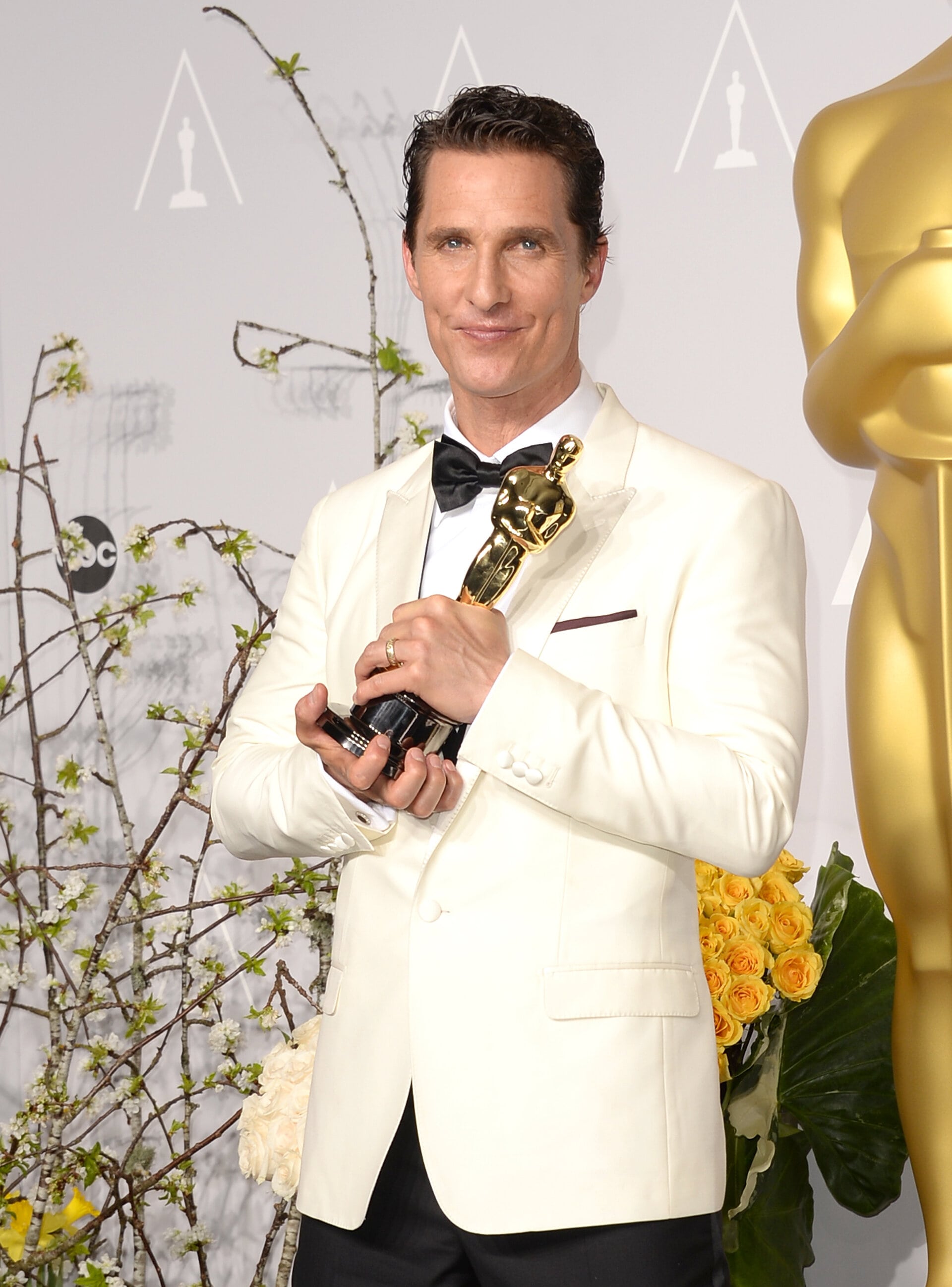 Dustin Hoffman won the Best Actor Award in 1979 for his performance in Kramer vs Kramer. While the actor started off his speech on a funny note, he soon got serious and dedicated his award to the artist community as he hailed their struggle. He said, "Most actors don't work, and a few of us are so lucky to have a chance to work with writing and to work with directing. Because when you're a broke actor you can't write; you can't paint; you have to practice accents while you're driving a taxi cab. And to that artistic family that strives for excellence, none of you have ever lost and I am proud to share this with you." 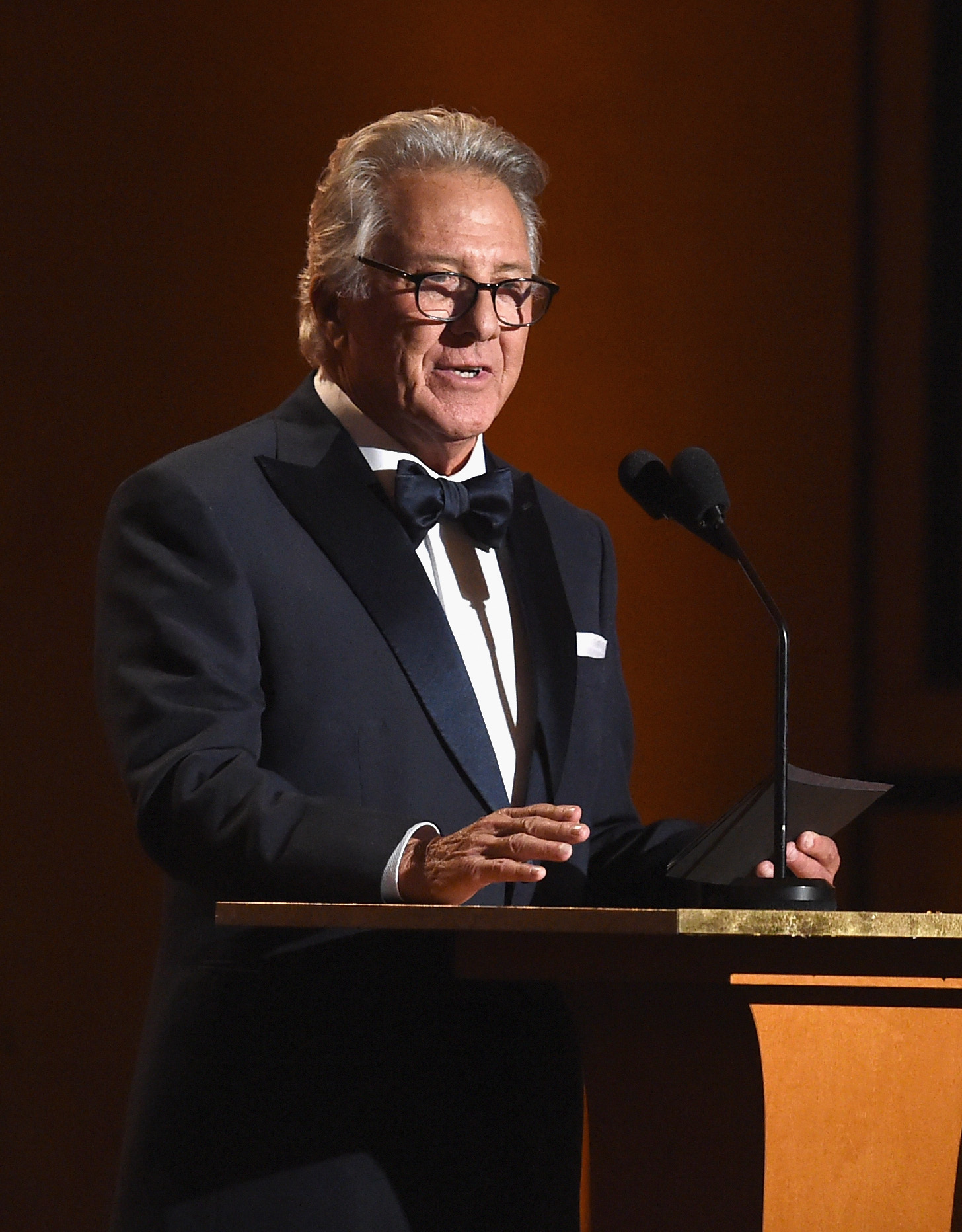 Joaquin Phoenix received his Best Actor Academy Award in 2020 and the actor delivered an emotional speech where he spoke about the importance of receiving second chances and learning from his mistakes. He said, "I've been cruel at times, hard to work with, and I'm grateful that so many of you in this room have given me a second chance. I think that's when we're at our best: when we support each other. Not when we cancel each other out for our past mistakes, but when we help each other to grow." The actor also ended his speech on moving note as he quoted a lyric written by his late brother River Phoenix. 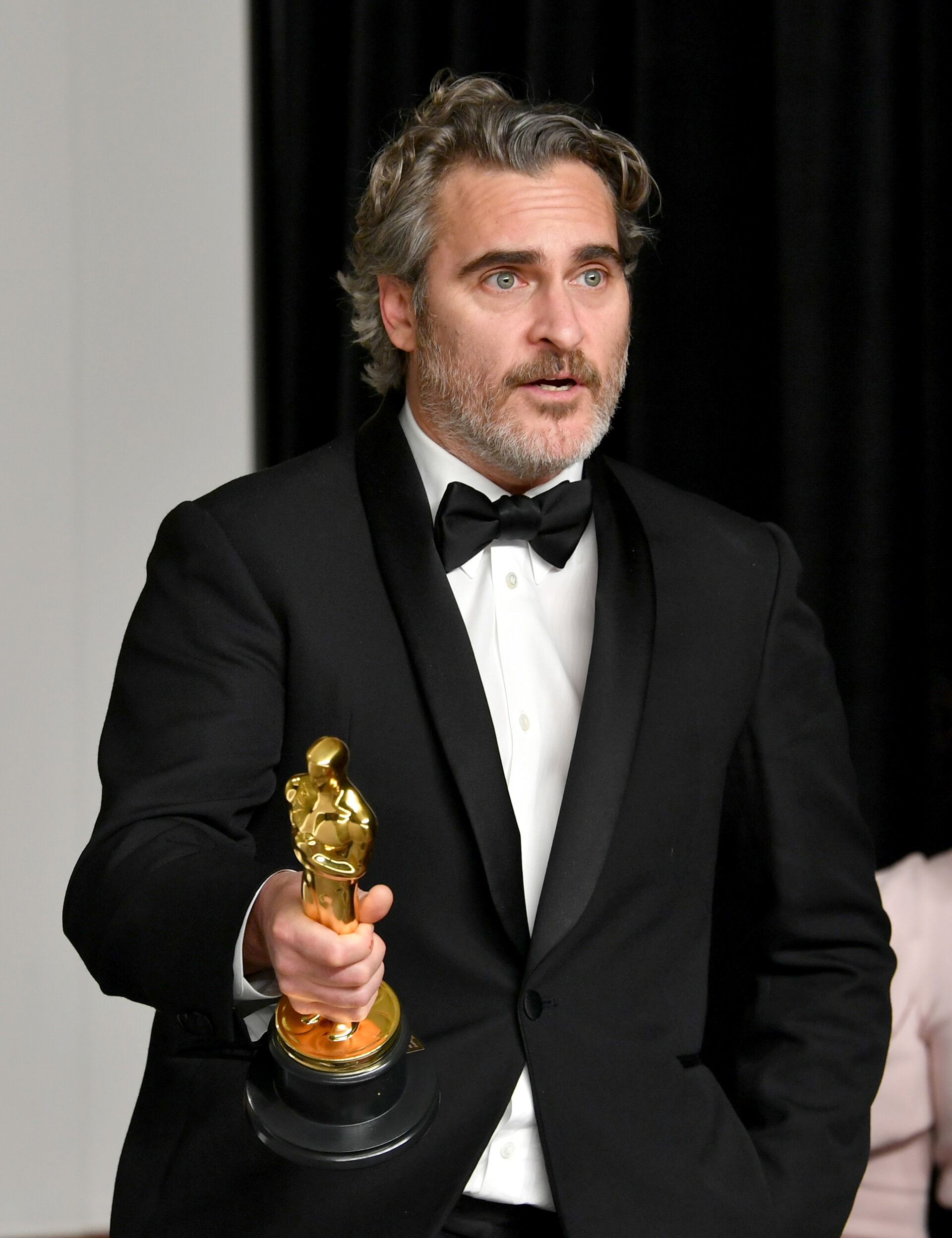 Tom Hanks' performance in Forrest Gump received critical acclaim as well as adulation from the audience. The actor during his Best Actor Academy Award acceptance speech for the same gave a sweet shoutout to his wife Rita Wilson as he celebrated her support for him and said, "I'm empowered to stand here thanks to the ensemble of actors, men and women who I shared the screen with, who in ways that they will never understand made me a better actor. And I am standing here because the woman I share my life with has taught me and demonstrates for me every day just what love is." 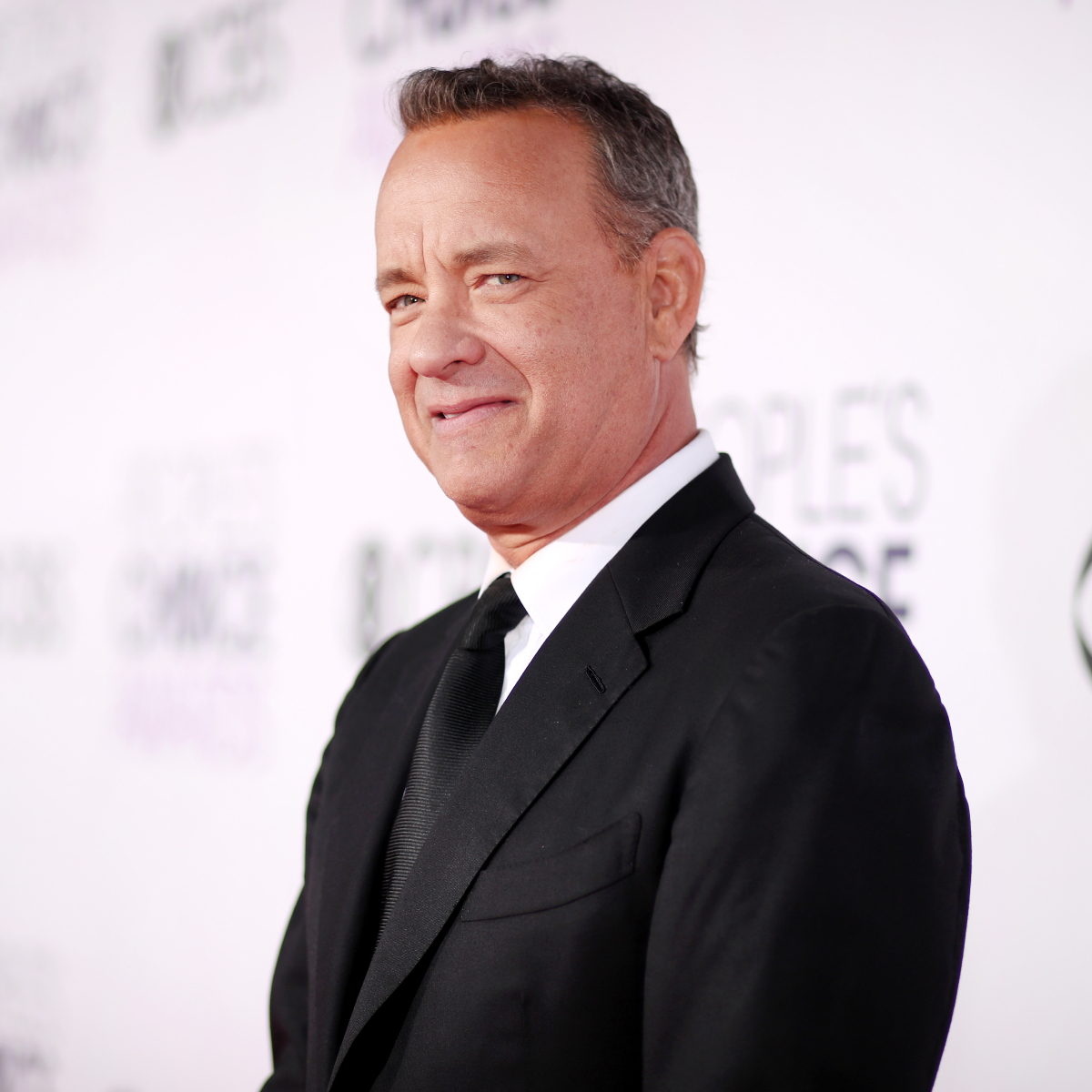 Daniel Day-Lewis who received his third Best Actor Academy Award for Lincoln was overcome with emotion as he celebrated his win. The actor during his acceptance speech lauded his wife for her patience and support over the years as he played some of the strangest characters on-screen. He thanked her saying, "When we got married sixteen years ago – or since we got married sixteen years ago – my wife Rebecca has lived with some very strange men. I mean they were strange as individuals and probably even stranger if taken as a group. But luckily she's the versatile one in the family and she's been the perfect companion to all of them." 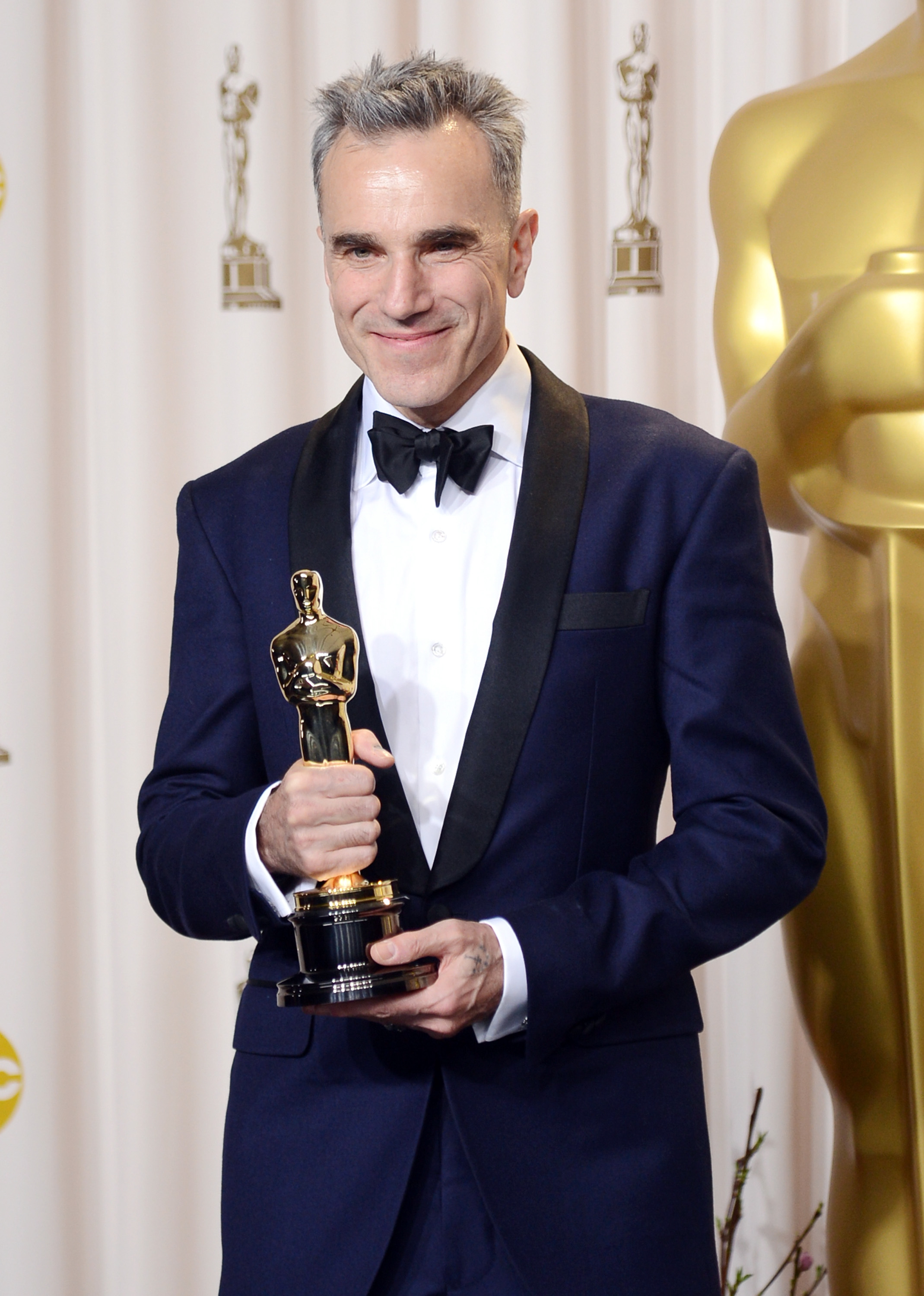 Will Smith received his Best Actor Academy Award win in 2022 and it was one of the most controversial Oscars moment as the actor bagged the honour moments after his altercation with presenter Chris Rock. Smith sobbed all through his awards acceptance speech and also apologised to the Academy and his fellow nominees. He also quoted Denzel Washington's words to him said minutes before he won the award which were, "What I loved - Denzel [Washington] said to me a few minutes ago, he said, 'At your highest moment, be careful, that's when the devil comes for you." 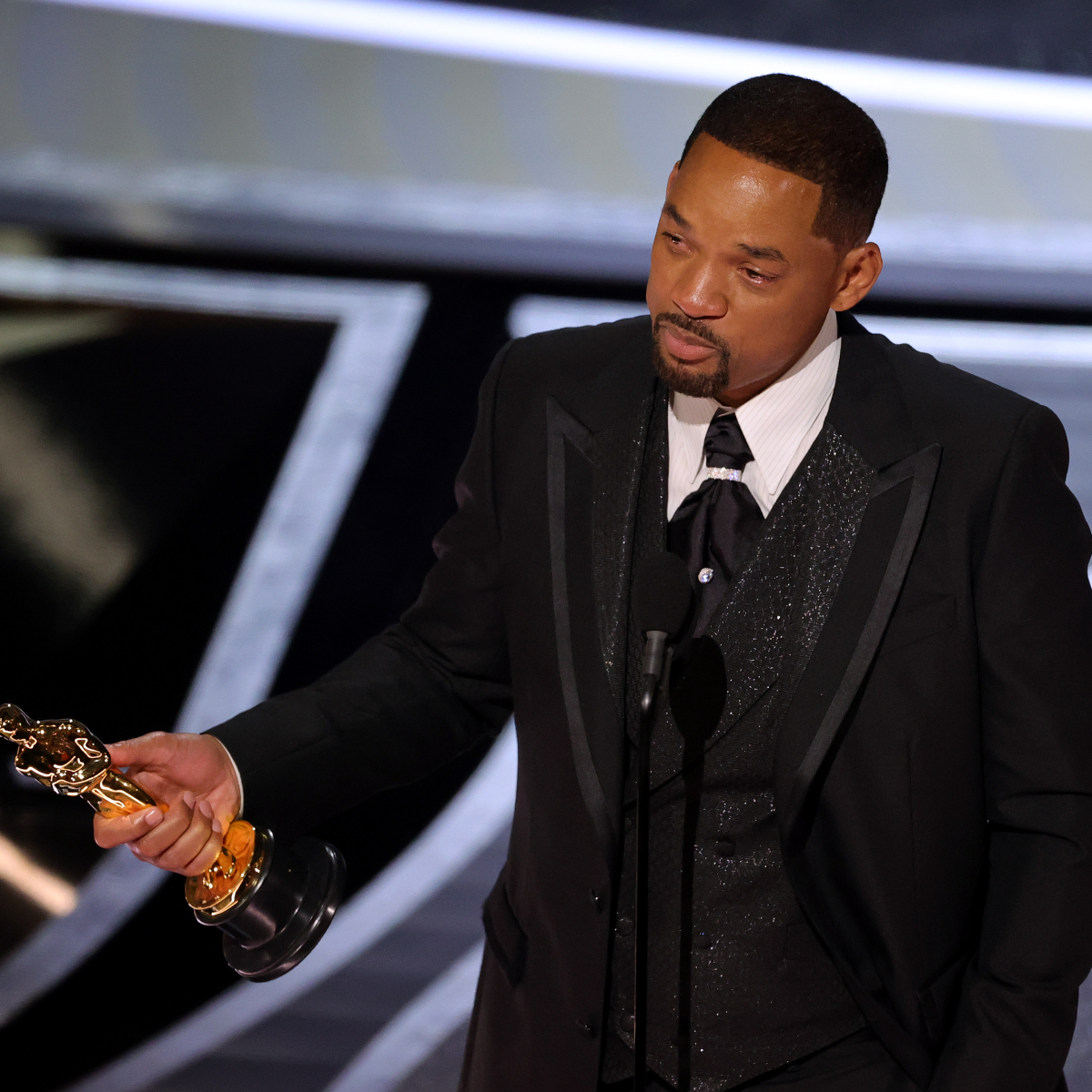 William Holden certainly holds the record for the shortest Academy Award acceptance speech for the Best Actor. Holden who won the prestigious honour for the film Stalag 17 at the 1954 Oscars ceremony simply walked up to the stage and accepted the trophy and said two words, "Thank You." 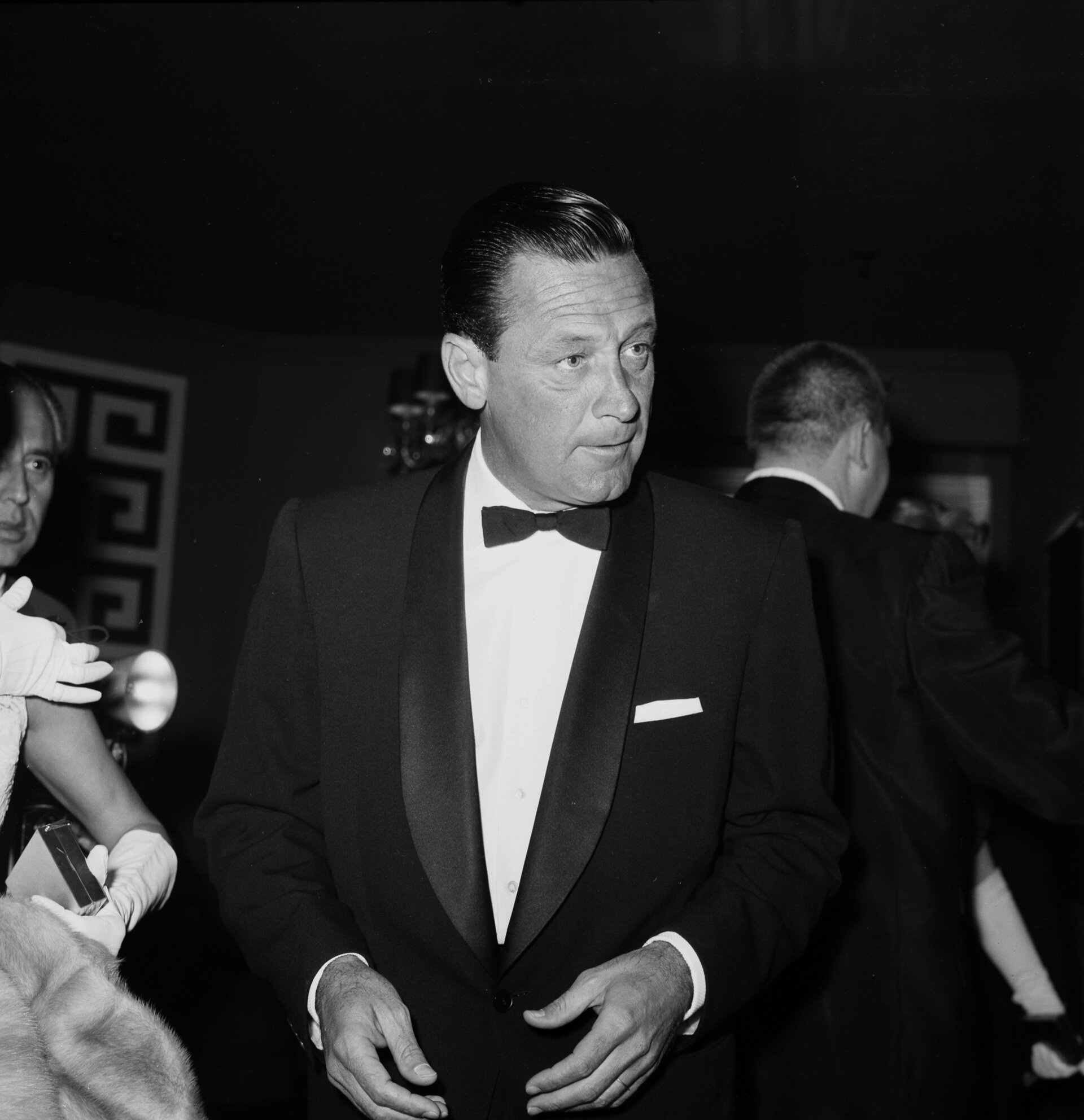 Denzel Washington won the Best Actor Academy Award in 2002 for his performance in Training Day. The actor in his acceptance speech spoke admirably of his idol, Sidney Poitier as he spoke about following his footsteps in everything he does. Celebrating Poitier's impact on him, he said, "Forty years I've been chasing Sidney [Poitier], they finally give it to me, what'd they do? They give it to him the same night. I'll always be chasing you, Sidney. I'll always be following in your footsteps. There's nothing I would rather do, sir." 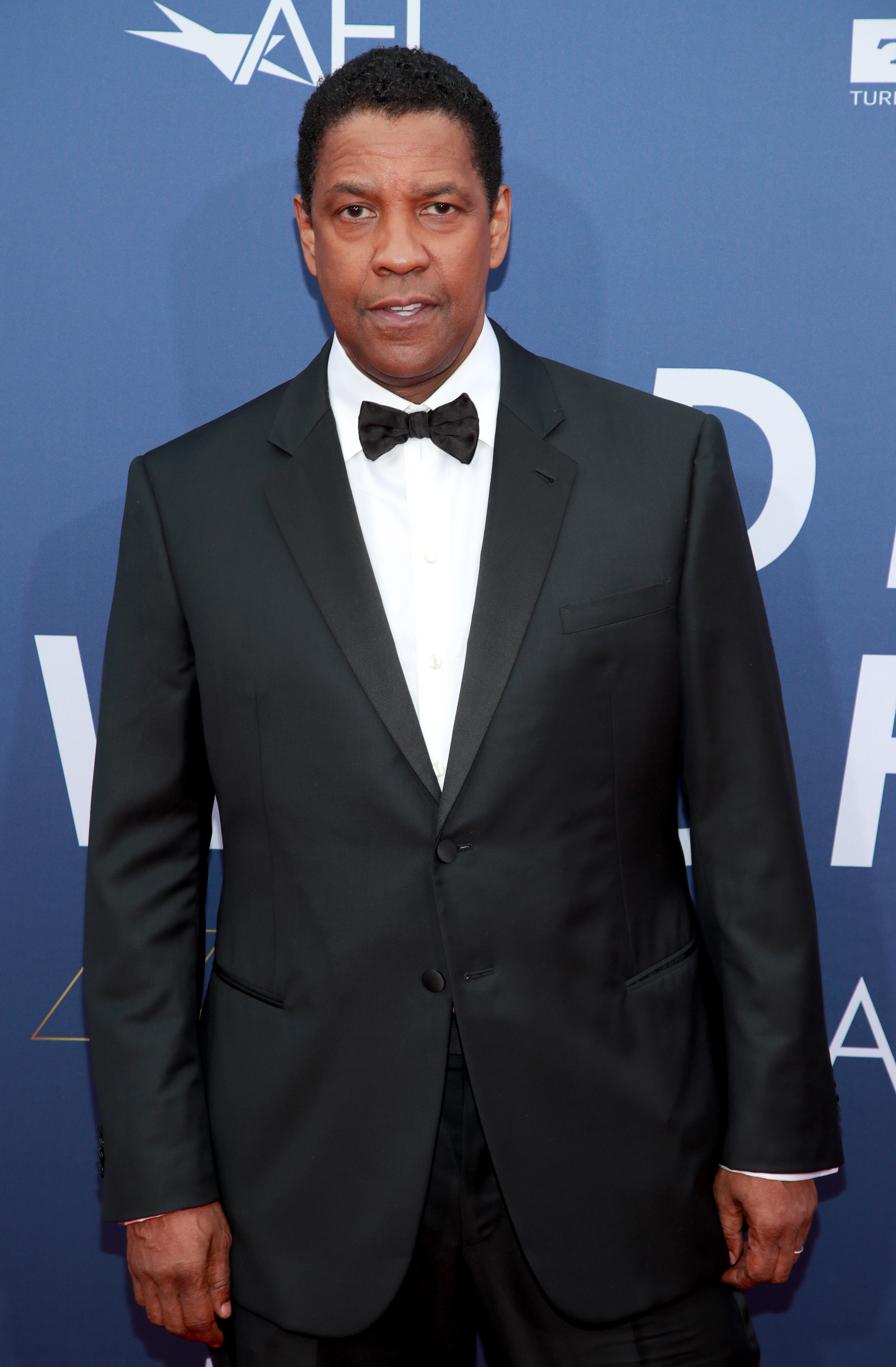 Pan Nalin dismisses claims of Chhello Show being a...