The music sometimes feels like a relic of a long-dead Hollywood studio system, but it remains a genre that captures movies’ ability to create a story.

In musicals, songs performed by the characters are woven into the story to advance the storyline or shape the characters. Disney musicals are currently the most well-known. Disney musicals have a rich and illustrious history that includes some of the most famous musical numbers to ever appear on film, including both animated and live-action remakes of these timeless classics.

The most recent addition to this lengthy list of Disney musicals is Pinocchio. The iconic children's book The Adventures of Pinocchio by Italian author Carlo Collodi, published in 1883, served as the inspiration for Robert Zemeckis' fantasy movie. The movie is a live-action recreation of the identical 1940 Disney animated picture. The release date was September 8, 2022, on Disney+.

The narrative centers on the titular Pinocchio (voiced by Benjamin Evan Ainsworth), a wooden puppet made by Geppetto (played by Tom Hanks), a childless woodcarver who longs for Pinocchio to grow up to be a real boy. The Blue Fairy, represented by Cynthia Erivo, visits his shop after hearing his wish and brings the puppet to life.

Pinocchio is raised by Geppetto as if he were his son, but he soon finds himself starting a coming-of-age adventure to discover what it is to be selfless, brave, and true.

Before you watch Pinocchio, check out these other outstanding musical movies: 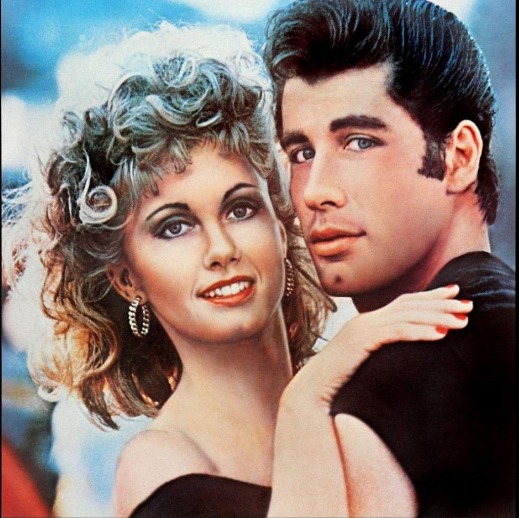 Randal Kleiser's mega-hit '50s high school musical' is a vast improvement over its stage counterpart entirely due to the million-watt, time capsule-worthy performances of leads John Travolta and Olivia Newton-John. By far one of the best broadcasts of its kind, Grease LIVE! on Fox with Julianne Hough, Aaron Tveit, and Vanessa Hudgens is a fun surprise. 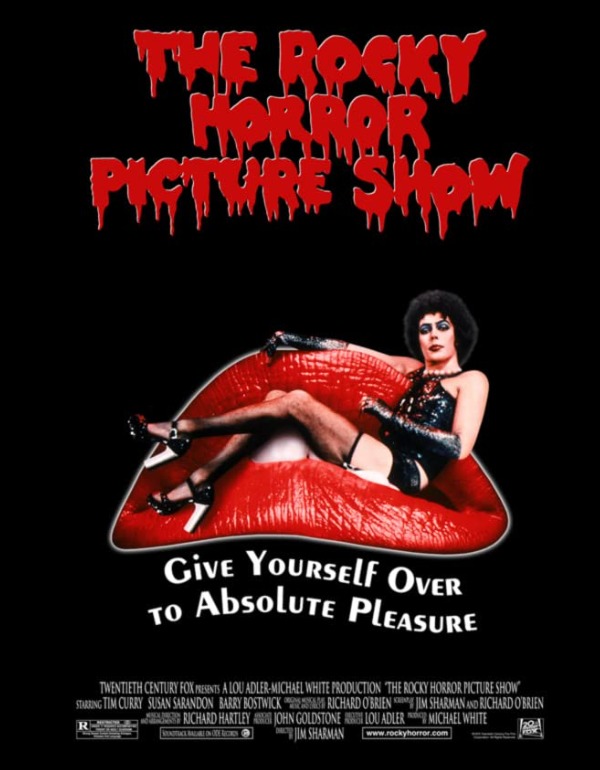 A larger-than-life Tim Curry as Dr. Frank N. Furter and irresistible pop melodies are the foundation of 20th Century Fox's pleasantly strange and affably bawdy blockbuster, which is still playing in select cinemas after nearly five decades. The well-known musical homage to 1950s schlock by Richard O'Brien is a timeless, cross-generational anthem to sexual exploration. The ultimate cult classic and movie with the longest runtime in history is this. 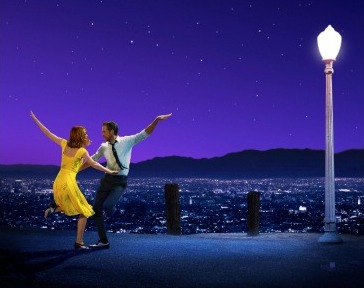 Angry critics criticized La La Land by technically equating it negatively to the classic musicals that it occasionally references. This is irrelevant because La La Land skillfully combines a contemporary showbiz melodrama, a joyous flashback, and a compelling love story. La La Land is many things, making it uniquely its creation.

The love narrative is the key message of Damien Chazelle's critically acclaimed adaptation of the vintage musical. It's one for the ages, to put it mildly. It's a kind of love tale we haven't seen in cinema before, at least not done this effectively. It's sharply written and delivered. It centers on two talented individuals (Ryan Gosling and Emma Stone), who are enormously ambitious and essentially defined by their lofty aspirations, but who genuinely see and support one another. At the expense of their relationship, the dreams come true. You can't ignore the picture's levels of brilliance, love it, or hate it. 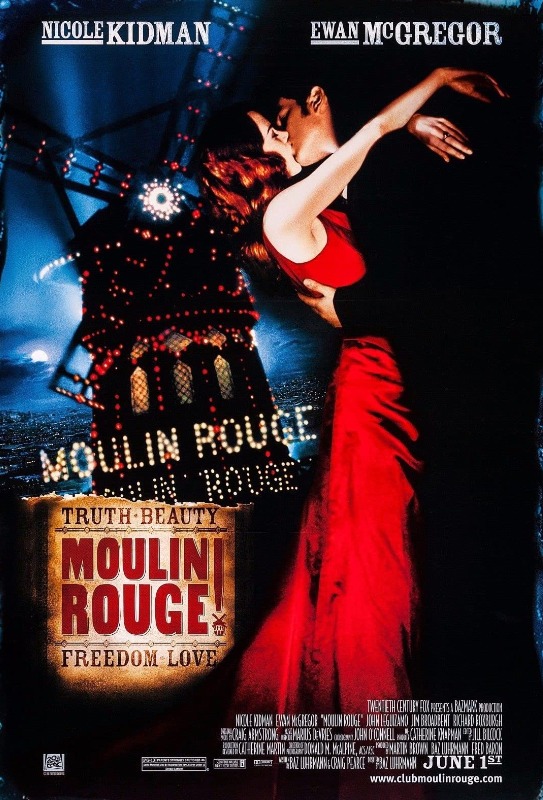 The genius of Moulin Rouge!—and this theatrical musical tragicomedy does have a certain amount of genius—is that it is a feature-length music video that succeeds. Every emotion is played to about an 18 on a scale of one to ten, but thanks to creative, lightning-fast editing, Baz Luhrmann's assured direction, and brilliant performances from Ewan McGregor, Jim Broadbent, and Nicole Kidman (who received her first Oscar nomination), it's impossible not to be enchanted. When you give in to its charms, Moulin Rouge! transports you. Moreover, it is aging gracefully. 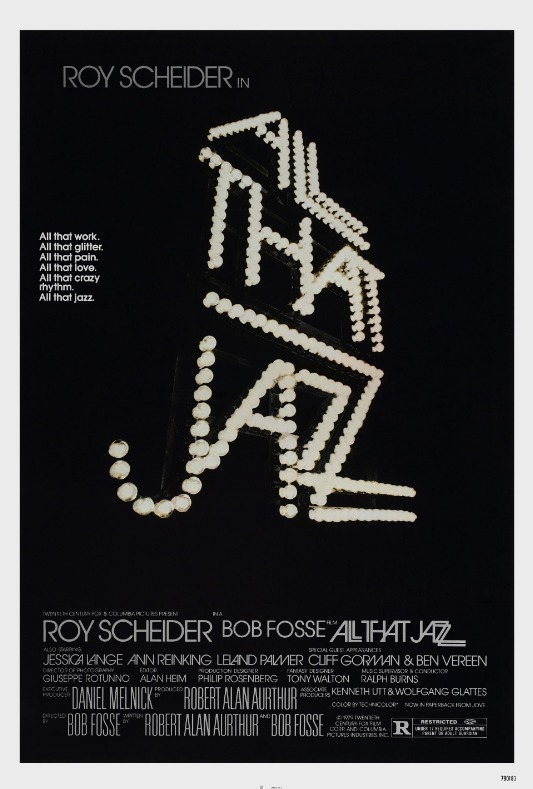 Roy Scheider gave the performance of his career in Bob Fosse's semi-autobiographical drama, primarily influenced by the period of his career when he was simultaneously editing the feature film Lenny and staging Chicago on Broadway, a year after he made the forgettable Jaws 2 appearance out of obligation. Best Picture, Best Director, and Best Actor for Scheider are among the nine Oscar nominations. 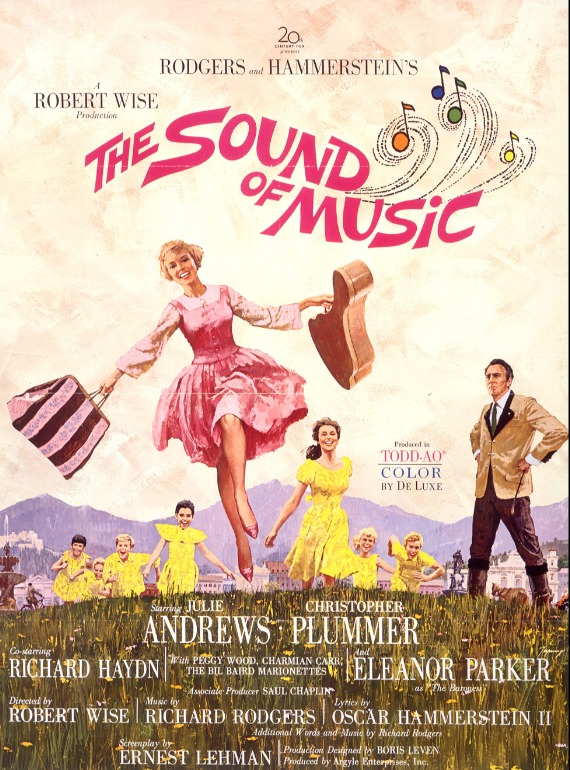 Family favorites around the world continue to watch Robert Wise's musical epic, which was once the highest-grossing film ever. For many, it has become a yearly habit. The audience's favorite rebel is Julie Andrews, and Christopher Plummer plays the widower with a broken wing who gradually falls for her seductive ways. Their duet, "Something Good," is the heartbeat and most moving scene in this panoramic marvel. 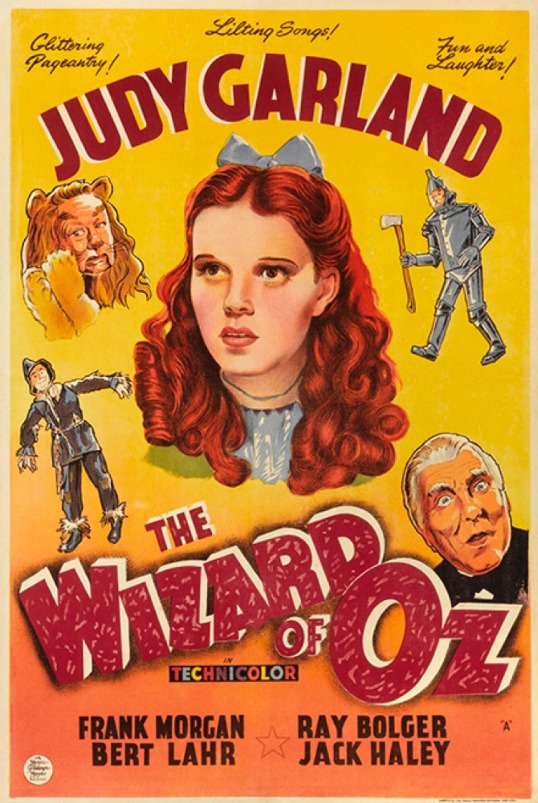 MGM and Victor Fleming's musical fantasy is an enduring masterpiece that simply does not get any better with time thanks to its endearingly colorful characters and vibrant performances (how amazing is Judy Garland here?! ), timeless humor, thrills, and tenderness, as well as its classic music, which may include the greatest song of the 20th century.

It is hardly surprising that this movie has had the most viewings according to the Library of Congress. Saying that this is the greatest fantasy and family movie ever made isn't being overly dramatic. The Wizard of Oz is the film we are most looking forward to showing future generations because it is exciting, moving, and heartfelt. 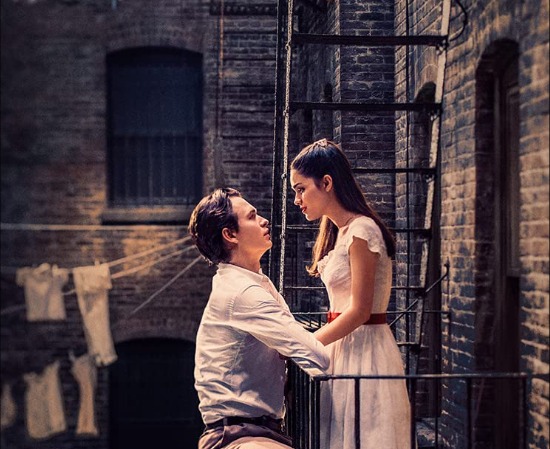 The most lauded musical in Oscar history is Robert Wise's enthralling tale of star-crossed street gang lovers (10 wins including Best Picture). If there is a weakness in this, it is that the supporting actors Rita Moreno and George Chakiris always steal the show.

Following its debut, Steven Spielberg's eagerly awaited adaptation attracted a significant amount of awards-season buzz. It turns out that West Side Story is the year's biggest movie surprise. Although it isn't perfect, the same may be said of the original. With star-making, highly acclaimed performances from Rachel Zegler and Ariana DeBose, it's primarily just exciting. The best Spielberg film since Minority Report, which was released two decades ago. No one in the impressive cast gives a subpar performance, but Mike Faist as the Riff stands out as the most potent example. Phenomenal. 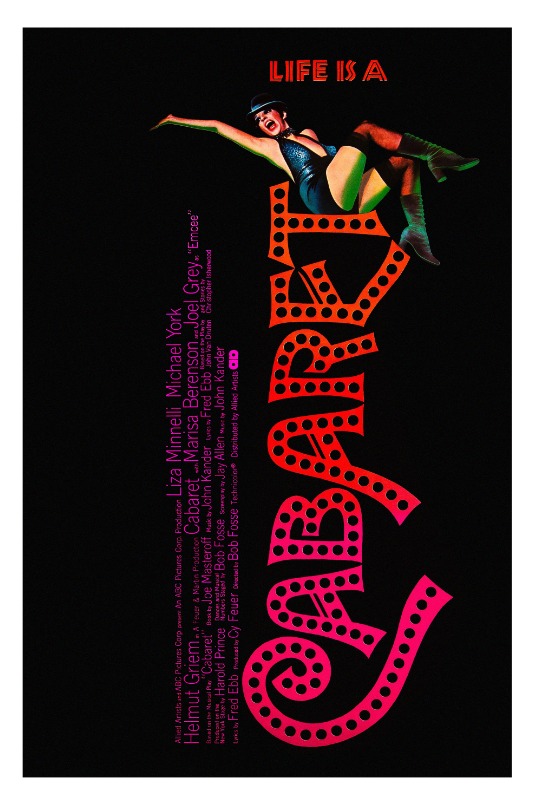 Cabaret might be the movie on my list that is aging the best. Released the same year as The Godfather, Bob Fosse's grounded yet electrifying historical musical holds the record for most Oscar nominations for a movie that didn't win Best Picture. Cabaret, a historical portrait of a city where gloom and fear are spreading their claws far and wide... and where occasionally dejected hookers sing lovely songs, has benefited much from the passage of time. Two of the eight Academy Awards Cabaret won were for Best Supporting Actor Joel Grey and Best Actress Liza Minelli, both for their outstanding performances. 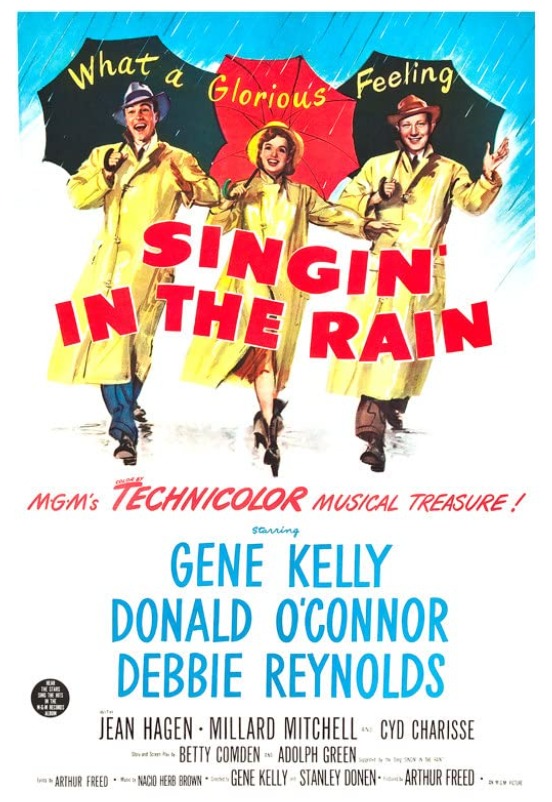 You didn't believe that we would choose Cats, did you? Many people consider Stanley Donen's MGM musical extravaganza to be the greatest musical ever created. A showbiz rom-com starring Gene Kelly, Donald O'Connor, Debbie Reynolds, and Jean Hagen is set at the momentous start of the talkies. The subtlety and physicality of the dance sequences continue to astound viewers, and the storyline, written by Adolph Green and Betty Comden, is one of the smartest, most memorable in all of cinema. The swoon-worthy last seconds ("Stop that girl!") will still make your heart skip a beat.

In musicals, songs performed by the characters are woven into the story to advance the storyline or shape the characters. Disney musicals are currently the most well-known. Disney musicals have a rich and illustrious history that includes some of the most famous musical numbers to ever appear on film, including both animated and live-action remakes of these timeless classics.

The challenges that the greatest film musicals have faced are as varied as the styles and preferences of their creators. This is partly because its fusion of at least two creative forms—always music and film, but occasionally including dance—requires an exceptionally high level of multifaceted talent from those attempting its complexity.

What is the number 1 musical movie?
The Lion King 2019
What is the famous musical film?
These films included, West Side Story (1961), Gypsy (1962), The Music Man (1962), Bye Bye Birdie (1963), My Fair Lady, Mary Poppins (both 1964), The Sound of Music (1965), A Funny Thing Happened on the Way to the Forum, How to Succeed in Business Without Really Trying
Which musical has the best music?
'One Day More' - Les Misérables. Les Misérables stakes its claim as the most loved musical by scoring both first and second place in our vote.
How many Disney movies are musicals?
In total, there have been 17 Disney musicals on Broadway. They include The Lion King, The Little Mermaid, Beauty and the Beast, Mary Poppins, Tarzan, Aida, Frozen, Aladdin, Newsies, and more
What was the first musical ever?
The first original theatre piece in English that conforms to the modern conception of a musical, adding dance and original music that helped to tell the story, is generally considered The Black Crook, which premiered in New York on September 12, 1866.
Advertisement
You May Like This