From storyline to characters, everything is perfect in Barbie movies. Here is a list of the best Barbie movies of all time and their IMDb ratings. The joy of watching Barbie movies is unmatchable! From the colors to the songs, everything in every Barbie film screams sweetness. In 2019, a live-action Barbie movie starring Ryan Gosling and Margot Robbie was announced, and fans were over the moon. However, the production was delayed because of the Covid-19 pandemic, but it seems to be picking up speed once again. Before the Greta Gerwig live-action Barbie movie is released, there are various great Barbie films that you can watch and get entertained. Here is the list of Barbie movies along with their IMDb rating, cast members, storyline, and so on. 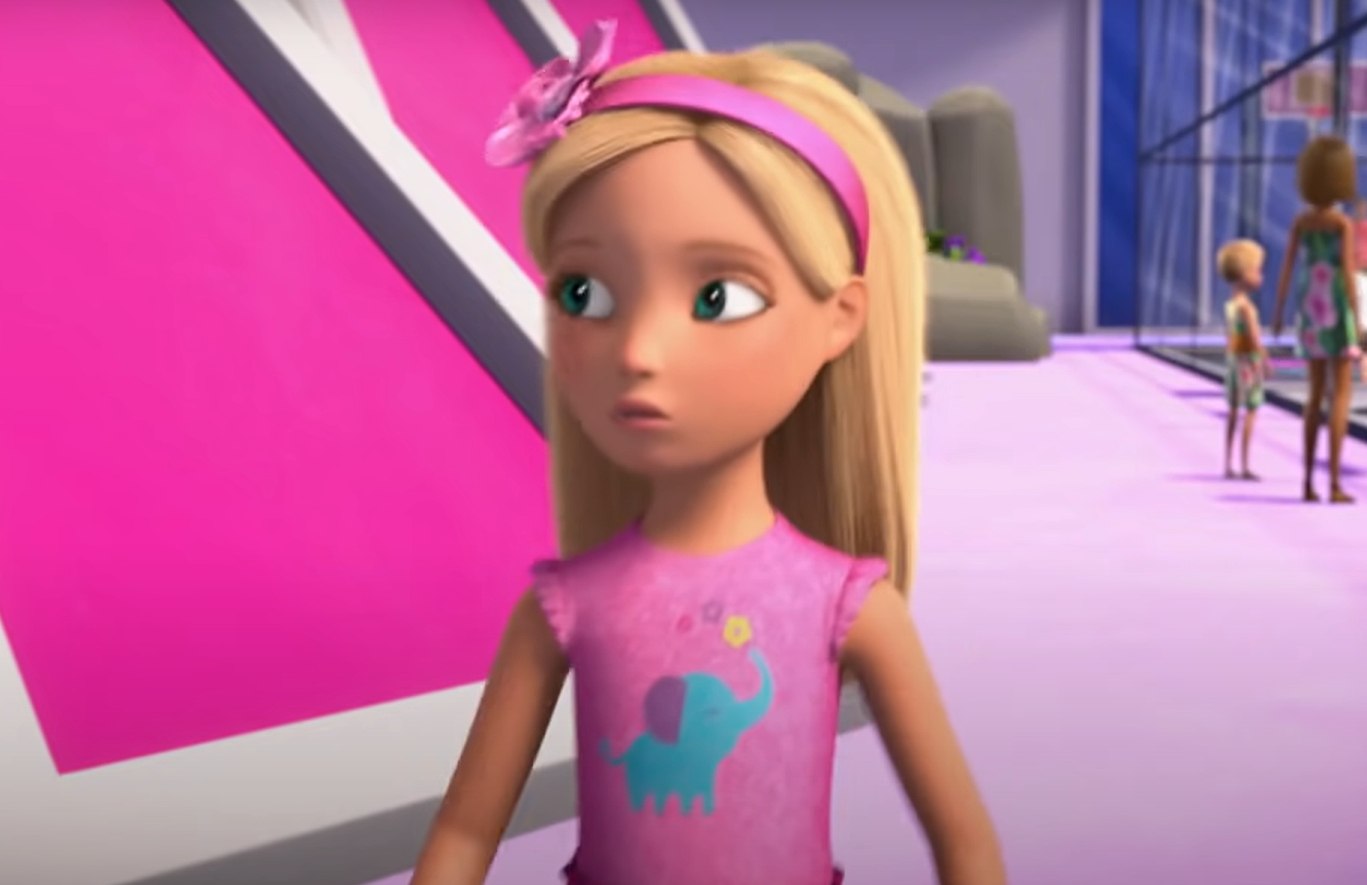 As the name suggests, the movie is about Chelsea, the younger sister of Barbie who tries to celebrate her 7th birthday with a big bash, but unfortunately, it gets skipped due to the international date line.

This computer-animated adventure comedy movie was directed by Cassandra Mackay and was released on April 16, 2021.

Based on: Barbie's friends and family by Mattel

Barbie & Chelsea the Lost Birthday is available to stream on Netflix

2. Barbie in the Pink Shoes

Watch Barbie in the Pink Shoes on Amazon Prime Video, and Apple TV (on rent).

3. Barbie: The Princess & the Popstar 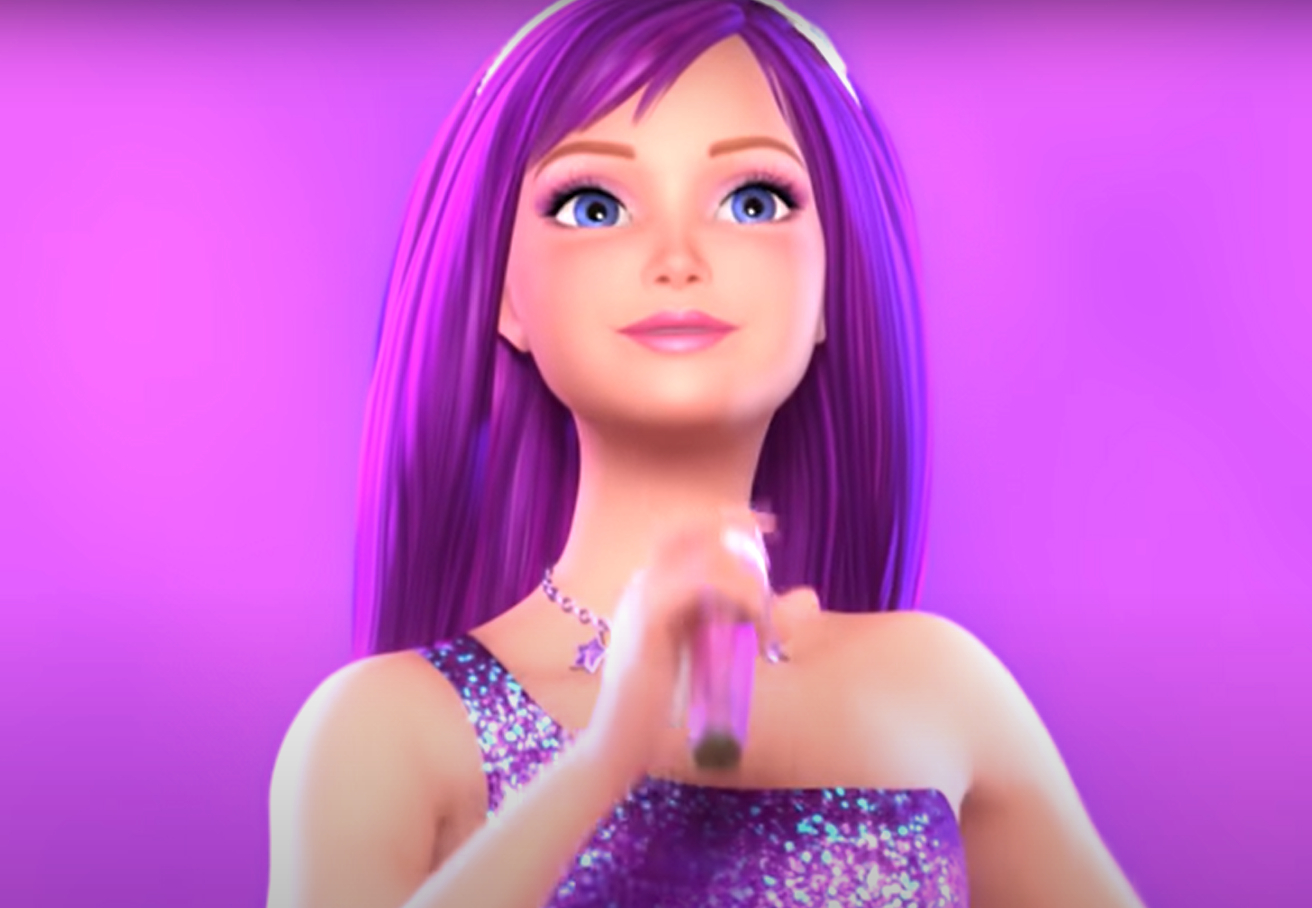 Tori, a young Princess trades places with Keira, a famous pop star, and now the girls need to work together to save Meribella.

It is based on the 1881 novel The Prince and the Pauper written by Mark Twain.

Watch Barbie: The Princess & the Popstar on Apple TV. 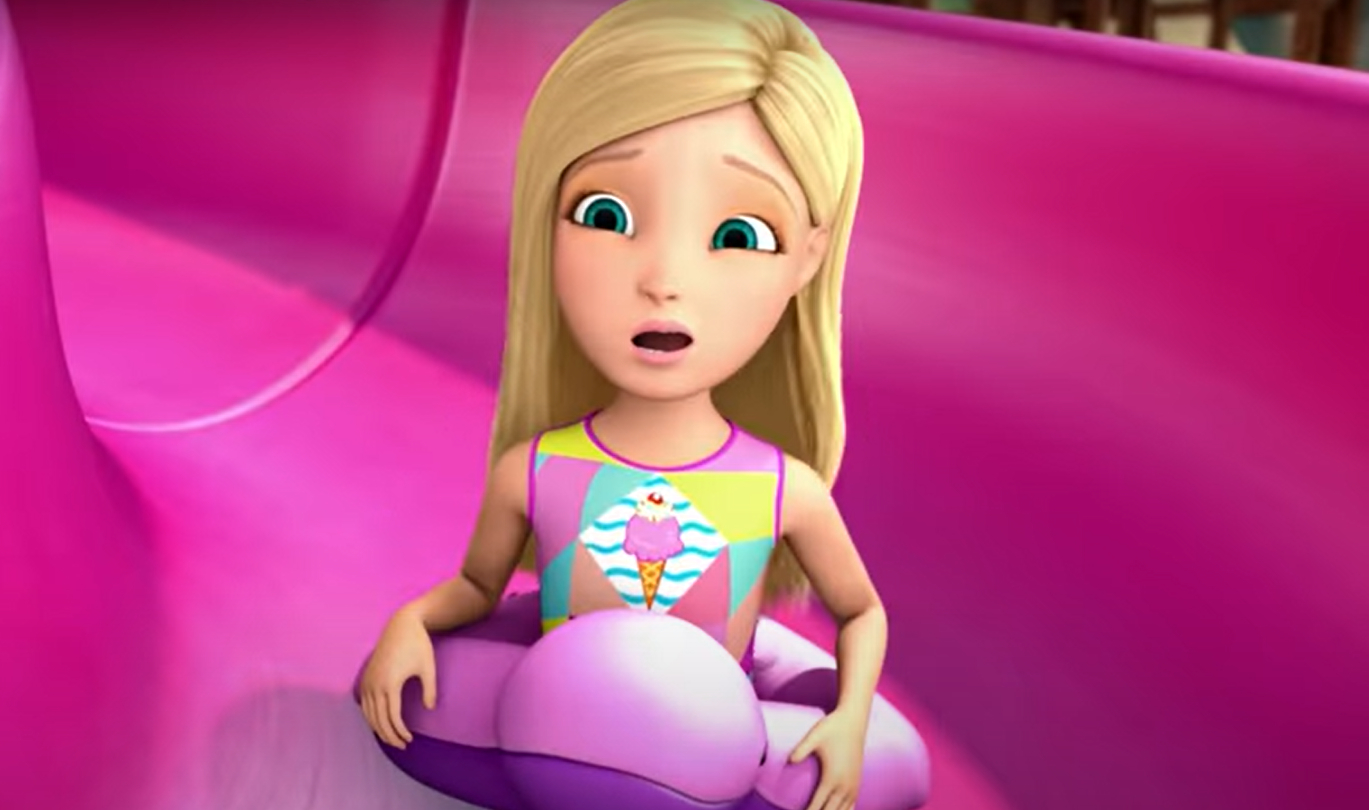 When Barbie and her sisters visit a fantastical island resort, they come to know that Emerald, is a rare Gemstone dolphin that is missing. They embark on a journey with their mysterious new friend Isla to find the missing dolphin. Will they find it, and what is the secret of Isla?

You will get these answers only when you watch this awesome movie.

This is an animated adventure movie that was written by Jennifer Skelly.

5. Barbie And The Diamond Castle

This is one of the best animated musical movies and is the 13th entry in the Barbie movie series.

The movie is about two best friends, Alexa, and Liana who are closely bonded with each other and love music. One day, they get a mirror that is enchanted and their lives change as they make friends with the girl trapped inside the mirror. Together, Alexa and Liana embark on a journey to the hidden Diamond Castle and overcome a plethora of challenges that show nothing is more valuable than true and pure friendship.

The movie even won an award in the category 'Feature film' at the KIDS FIRST! Film Festival 2008.

6. Barbie in the 12 Dancing Princesses

This is a computer-animated dance movie that was released in 2006.

Genevieve is a princess who lives with other 11 princesses, and their widowed father, King Randolph. All the princesses have one thing in common - their love for dancing. However, they are not aware of the fact that other people consider them improper for having unladylike hobbies. Thus, King Randolph asks help from his cousin, Duchess Rowena to help teach his daughters royal etiquettes. However, the Duchess has some other plans - she wants the throne and therefore, she bans dancing in the palace and tries to lower their morale. How will the princesses fight for their passion now? Watch the movie to find out!

The end title of the movie "Shine" written by Amy Powers, Rob Hudnut, and Arnie Roth was nominated for an Emmy in the category Outstanding Original Song - Children's/Animated at the Daytime Emmy Awards 2007. This is hands down, one of the best princess Barbie movies of all time.

One day, Kara gets kissed by a magical butterfly, and later on discovers that she has superpowers, and she uses these powers to transform herself into Super Sparkle and fight crimes.  Now, she along with her cousin must fight Baron, an enemy of the kingdom. Will they be able to fight the enemy and save their kingdom? Watch the movie to know how the super girls teach Baron a lesson.

Every Barbie needs a Christmas getaway and so in Barbie: A Perfect Christmas, watch Barbie and her sisters packing their suitcases to visit their Aunt Millie for Christmas. However, they get snowed in at a town that is super-festive. Are they going to enjoy Christmas? Watch Barbie enjoying the festive season in the movie.

Barbie and her friends suit up to use their skills and fight crime and stop a series of gem robberies.

10. Barbie Fairytopia: Magic Of The Rainbow

If you love stories where good wins over evil, then watch Barbie Fairytopia: Magic of The Rainbow.

The movie follows Princess Elina who travels to the School of Fairies, a renowned school in Fairytopia to improve her skills. She joins her friends to produce the first rainbow of spring, but wicked Laverna wants to sabotage Elina's plans, and intends to doom the land to an eternal winter. Who will win - Princess Elina or envious Laverna? This is something you would come to know only after watching the movie.

This is a follow-up to the movie Fairytopia and follows Elina and her journey to save her friend Nalu from the wicked Laverna.

The movie was released in 2006 and stars Kelly Sheridan, Lee Tockar, Kathleen Barr, and Christopher Gaze.

This is one of the best holiday Barbie movies of all time and is an underrated gem to add to your watchlist.

A Christmas Carol has previously been done many times, and all stories revolve around greed, but many reviewers think that Barbie in a Christmas Carol was an interesting and different take for children.

The movie is based on Charles Dicken's novel and features the voice of Kelly Sheridan as Barbie. The story of the movie is filled with magnificent fashions, hearty laughs, and beautiful Christmas carols.

All in all, this is one of the best Christmas movies to watch.

Barbie: A Fashion Fairytale is a 2010 animated adventure movie that is about Barbie and her adventure that takes her to Paris. There, she comes to know that her Aunt Millicent is closing her fashion house, so Barbie along with her aunt's assistant takes the help of magical creatures to save the business.

This is a 2003 computer-animated movie and is based on the Tchaikovsky ballet Swan Lake.

The movie follows Barbie, who is turned into a swan by Rothbart and Odile while chasing after a unicorn. Set to the music of Tchaikovsky, Barbie must defeat the Barbie villains so that she can come back into her human form again.

The movie received 2 award nominations and is one of the classic Barbie movies.

This is a movie filled with lighthearted moments.

In the movie, Barbie stars as Blair, a sweet and loving girl who wins a lottery to attend Princess Charm School, a magical charm school. There, everyone is taught how to reach their full potential, and lovely Blair discovers that there every girl has the qualities of a princess.

16. Barbie As The Island Princess

In the movie, Barbie plays Rosella, a beautiful girl who lives on an island with animals as her friends. One day, her life turns upside down when a prince takes her and her friends to explore civilization.

The movie follows Princess Annika who, due to an unfortunate incident, is sent on a mission to the Cloud Kingdom along with Brietta, a flying horse. Now, they must work together to break the wizard's spell and save her family.

18. Barbie As The Princess And The Pauper

The movie is inspired by Mark Twain's novel of the same name and was released in 2004. It is regarded as one of the best Barbie movies to date and is about Princess Anneliese who makes friends with Erika, her look-alike. Will they be able to prevent the plans of the Queen's scheming advisor, Preminger?

Barbie as The Princess and The Pauper received 6 Award nominations and was well-received by the audience as well as the critics.

This is a 2009 animated fantasy movie and revolves around Thumbelina, a fairy who befriends a human girl and both work together to save the fairy trees.

Barbie: Thumbelina is the 15th movie in the Barbie film series, and is based on Hans Christian Anderson's fairy tale Thumbelina.

The movie was released in 2014 and is about Lumina, who possesses the power to change the color of pearls and make them dance. She is also an awesome hairdresser. Watch the movie to know if she will be able to unlock her destiny as the Pearl Princess.

21. Barbie & Her Sisters In The Great Puppy Adventure

This 2015 movie will take you on an exciting journey with Barbie, and her sisters.

Barbie, her sisters, and four little pups go on a treasure-hunt journey, and to get the treasure, they need to follow all the clues properly. Will they be able to find the treasure, and what could the prize be?

Watch the adventurous journey of Barbie and find it out.

Barbie and her sisters go on a vacation, where Barbie finds the horse of her dreams.

The movie doesn't have a villain to defeat but the simplicity of the movie is loved by all.

Where to watch Barbie movies?

Most Barbie movies are available to stream on Youtube for rent, as well as other OTT platforms.

This was the complete list of the best Barbie movies of all time. Barbie made our childhood livelier, and everything about these classic movies screams 'perfectionism.' So, watch these movies to go down memory lane and reminisce about your childhood memories.