6 Marvel characters Milly Alcock would be perfect to play

Milly Alcock will become the latest actor from the Game of Thrones universe to join the Marvel Cinematic Universe. Milly Alcock in House of Dragons

Milly Alcock, who plays Princess Rhaenyra Targaryen, a younger version of Emma D'Arcy's character, gives one of the casts of House of the Dragon's most strikingly outstanding performances. The 22-year-old has already attracted so much attention for the part that it raises the issue of whether she will join the Marvel Cinematic Universe as the most recent Game of Thrones star.

This transition has been made by Game of Thrones cast members, notably Emilia Clarke, Richard Madden, Kit Harrington, and Peter Dinklage (who portrayed Eitri in Avengers: Infinity War after appearing in X-Men: Days of Future Past) (who will star in one of the most anticipated upcoming Marvel TV shows, Secret Invasion). We have a few Marvel characters in mind who haven't yet been brought to life on screen that we think would be ideal for Alcock if there are any new Marvel movies (or TV shows, especially).

Here are the Marvel characters that Milly Alcock can play: 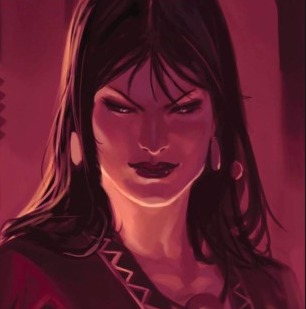 Princess Rhaenyra Targaryen is not only a member of the Targaryen family but also a dragon rider, which means she has the power to bond with and ride said fire-breathing beast. Reminded of a Marvel character who, curiously, has not yet been formally presented in the MCU (unless you count Elizabeth Hurley's role on Runaways) we saw riding Syrax, the dragon she keeps as a pet, on House of the Dragon. This character would call for Milly Alcock to tap into her evil side.

Even though Morgan Le Fay's iconography predates Marvel Comics by centuries, she has gained a reputation as one of the universe's most viciously cruel and powerful villains. Not to mention that she has occasionally sent a dragon to carry out her instructions (or even could transform herself into one herself). Why not choose one of the most well-known media Dragonriders for the part of a clue from the post-credit scene of Eternals signals her MCU debut is imminent? 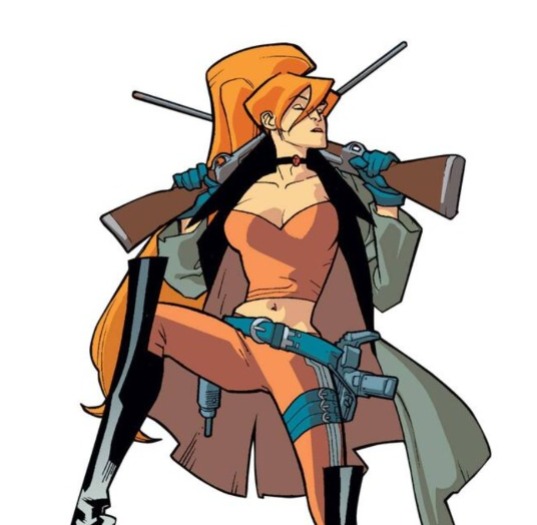 After all, this is Milly Alcock's first significant part after playing the Young Princess Rhaenyra Targaryen on House of the Dragon. Perhaps she would prefer to avoid playing a villain. However, I have someone in mind who would be the ideal choice if she wants to make her Marvel debut as a character who is still somewhat related to mythological creatures.

Elsa Bloodstone is a young British woman who was raised in a family of monster hunters, including her father, Ulysses Bloodstone, and brother, Cullen. When she reached adulthood, Elsa would swiftly establish herself as one of the greatest in the field. She would later team up with Deadpool, resulting in one of the most distinctive and humorous interactions in Marvel Comics. I would love to see this dynamic when Ryan Reynolds' Merc with a Mouth makes his MCU debut in his third feature film. If not, it would still be amazing to watch Alcock guide a unique monster-hunting trip. 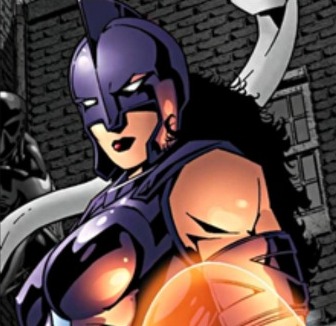 Of course, Milly Alcock won't want to play another part involving monsters for a while after leaving the House of the Dragon cast. The Marvel Universe (or Marvel Multiverse, to be more precise) has a character that would be perfect for her if she were still fascinated by the concept of playing a royal role.

Zarda Shelton was the princess of the ruling dynasty of Utopia Island from Earth-712 until the invention of the atomic bomb forced her people to leave their home planet. Zarda, posing as Power Princess, decided instead to remain and continue protecting the defenseless. Even if this character has a few too many similarities to DC's Wonder Woman (apart from the fact that Diana Prince left her people on Themiscyra rather than the other way around), I still think it would be intriguing to learn more about her backstory in the MCU. 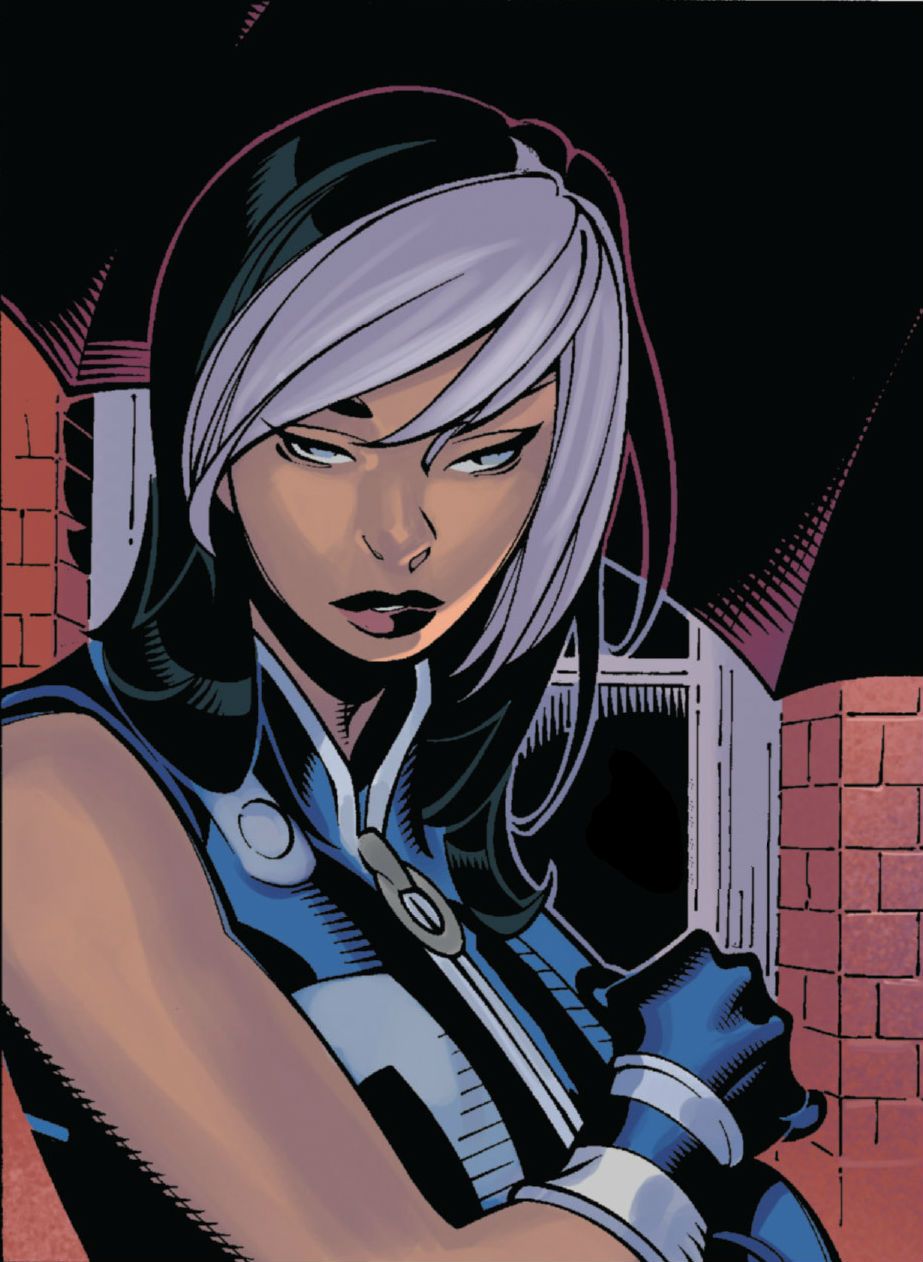 A fun fact about Milly Alcock is that she is an Australian native who began her career acting in television and in a 2018 horror film called The School. Fun fact about the Marvel Universe: While there are many Australian characters with a variety of skills, relatively few of them have been included in the MCU. Alcock playing this young mutant might be able to help with that, though.

One of the young heroes recruited by The Five from the House of X, where she went by the moniker Tempus, is Eva Bell. The codename references her power to move time, as well as to speed up, slow down, or completely stop everything in a certain region, all without impacting anything outside the specified radius. She was praised for her abilities by Stephen Strange himself, so if not when the X-Men make their official MCU debut, then I like the idea of her being presented in the former Sorcerer Supreme's upcoming film (which has been hinted at in a few instances already). 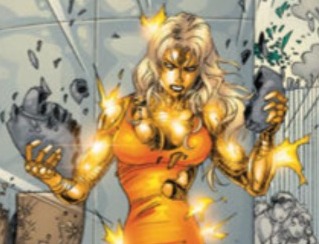 If Tempus turns out not to be involved when the X-Men officially make their debut in the MCU, We have another mutant character for Milly Alcock in mind. Believe it or not, this one is also an Australian, though not originally; he is a descendent of the Shi'ar, an alien race.

Although she goes as Lifeguard among the X-Men, Heather Cameron's real name is Heather Cameron. She is a real, certified lifeguard who also can shape-shift at a moment's notice to quickly adjust to her surroundings in the event of a life-threatening crisis. She can transform into golden armor, grow wings so she can fly, and, when submerged in water, acquire a fish tail and gills so she can breathe. 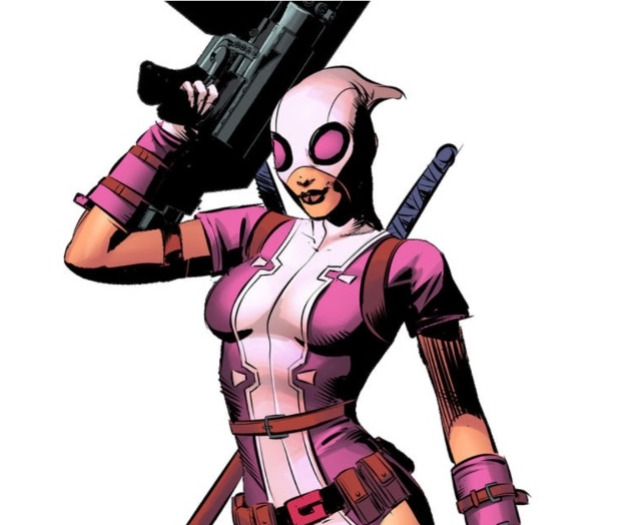 The actor might play the Merc with a Mouth's monster-hunting partner, Elsa Bloodstone, in Shawn Levy's upcoming Deadpool 3, which would allow Molly Alcock and Ryan Reynolds to work together. Though I think I have an even better pairing for these actors that would completely transform the franchise.

I couldn't help but think that Alcock would make an excellent Gwendolyn Poole just by looking at her. After being miraculously transported into the Marvel Comics Universe, this once-regular, everyday teenage comic book enthusiast went on to use her in-depth familiarity with it to become a successful superhero with a costume that resembles Deadpool if it were pink. Given that the MCU's Multiverse Saga has already begun, this seems like the ideal opportunity to introduce this special, wonderfully meta, inter-dimensional individual into the mix.

While I have high hopes for Milly Alcock's future based on all of these names, there is a chance that she will choose to follow in the footsteps of other Game of Thrones stars like Jason Momoa, Ciarán Hinds, or Pedro Pascal by acting in upcoming DC films instead. Simply wait and see. House of the Dragon showrunner reveals if Milly Al... House of the Dragon Ep 6 Review: New alliances and... House of the Dragon Ep 5: What happened to King Vi... House of the Dragon Ep 4 Review: Matt Smith and Mi... House Of The Dragon fame Emily Carey rocks a simil...

House of the Dragon Ep 3 Twitter Review: The steel...