The Hallmark channel is all set to return with its holiday movie event in October 2022 which will be filled with the very best feel-good Christmas movies. Here is what we know so far. With Labor Day barely gone, it seems pretty early to be excited about Christmas movies. But if you have been a Hallmark Channel fan, you know there’s nothing better than a good old Christmas movie when you are looking for something to immediately lift your spirits.

In fact, if you have been a Hallmark Channel fan, you already know the network has announced an event called “Countdown to Christmas” which is no less than a fiesta. The most awaited event will begin in October 2022. Although Hallmark has not released the complete schedule, they have shared what’s in store for the approaching holiday season. From grand holiday romance movies shot in London to small-town romances that melt your heart, here is all that’s coming up for Hallmark’s “Countdown to Christmas” 2022.

“Your favorite holiday movie event returns to Hallmark Channel bigger and "sweater" than ever! Coming soon in October!"

All the upcoming movies for Hallmark’s “Countdown to Christmas” 2022.

Set in 1958, A Holiday Spectacular follows the story of an heiress named Maggie played by Ginna Claire Mason who sneaks up to New York City to dance live on stage in the Christmas Spectacular at Radio City Music Hall which is a lifelong secret dream for her. While she escapes to NYC, she puts her high-society wedding plans on hold. Radio City Christmas Spectacular is an infamous New York holiday tradition. If you have never been to New York City, this movie can be your chance to witness it in utmost detail.

While Maggie lands a sweet spot in the show, she soon finds herself torn between two worlds where on one side she has a high society wedding to go back to, and on the other side she falls in love with a young Navy photographer played by Derek Klena. The movie also stars Oscar nominee Ann-Margret along with The Brady Bunch star Eve Plumb. The movie will air on Hallmark in November 2022.

It follows a married couple having a hard time connecting. To try to reconnect, they check into a cozy inn in a small town during the holiday season. Back in July, Hallmark also unveiled a teaser for A Christmas Disconnect, which stars Kristoffer Polaha and Marisol Nichols. In the 2022 “Countdown to Christmas” movie, Polaha plays a man named Robbie, who is married to a woman named Becca (Nichols). The couple’s marriage has hit a rough patch, so they check into a cozy in an attempt to reconnect.

Another upcoming Hallmark Channel movie is Luke Macfarlane starrer Christmas Village. Macfarlane has officially confirmed that he’ll star in an upcoming Hallmark Christmas movie, however, Christmas Village is just the working title of the movie. This will be Macfarlane’s 14th Hallmark movie and there is a chance it’s his last. The actor has already agreed to do a lead role in an upcoming LGBTQ-based romantic comedy called Bros. He has indicated, that he wants to concentrate on different types of projects.

In an interview with Los Angeles Times, he shared “They’ve been very good to me, but I think I’ve told my story for now with those folks,” He added, “I mean, how many firefighters can I play?”

Another upcoming Hallmark movie that’s definitely going to be a feel-good Christmas movie is Jolly Good Christmas. This hallmark Christmas movie was shot in London. With stars like Will Kemp and Reshma Shetty, Jolly Good Christmas is definitely going to be the London holiday romance that warms your heart. Will Kemp plays the role of a character named David, who is an architect newly moved to England for a brand new job. The man starts looking for an ideal gift for his girlfriend. Meanwhile, he crosses paths with Anji who is played by Reshma Shetty. Shetty plays the role of a professional shopper. David hires Anji which begins their London adventure.

Other Upcoming Hallmark Christmas movies in 2022

If you have been following Hallmark movies for a while now, you must know Candace Cameron Bure is no less than a patron saint for Hallmark Christmas movies. Which movies like Journey Back to Christmas, she has only won hearts. However, earlier this year the actress bid farewell to the network. However, Candace Cameron Bure, the former Hallmark Christmas queen has joined a network home, the Great American Family Network (GAC Family), and will soon be seen starring in a new GAC movie called A Christmas… Present. She is also the executive producer. 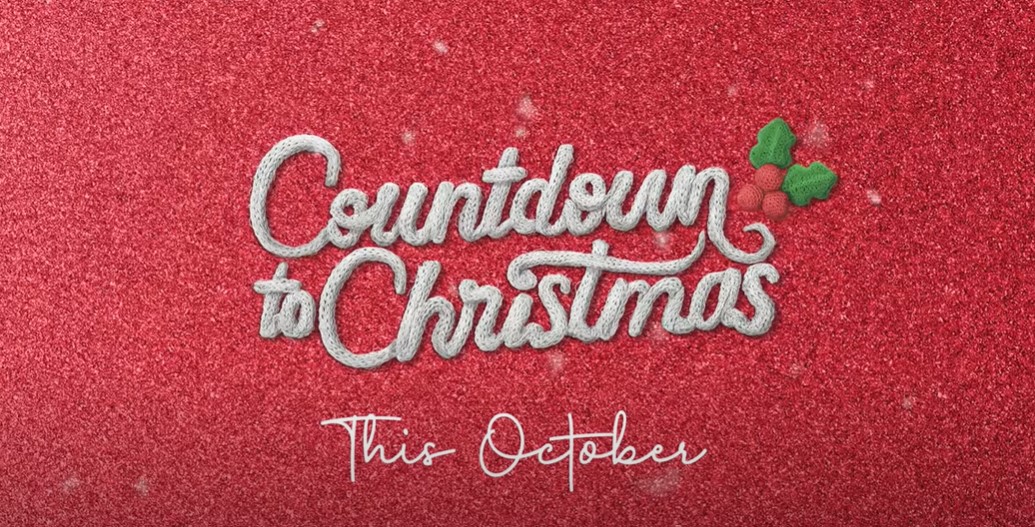 As they say at Hallmark Christmas doesn't take summers off, so don’t forget to catch all the upcoming Christmas movies on Hallmark. You can also access The Hallmark Channel on Philo, Sling TV, Frndly TV, Hallmark Movies Now, and fuboTV. In fact, YouTube TV has also recently added the Hallmark Channel to its official lineup.