Ariana Grande is now winning the hearts, after it was revealed that she still sends Christmas gifts to the children in Manchester hospital, after the 2017 bombing. Ariana Grande, the famous American singer-actress has earned immense popularity across the globe with her exceptional singing talent, especially her impeccable vocal range. However, the multi-faceted talent is now making headlines with her kind gesture towards the children in the Manchester hospitals, who were deeply impacted by the Manchester Arena attack that happened in 2017. The fans and followers of Ariana Grande were left surprised when it was revealed that the singer is still sending Christmas gifts to the Children in Manchester hospitals.

According to the latest updates, the Thank You, Next singer was deeply impacted by the Manchester bombing that happened in 2017, which resulted in her developing severe anxiety issues, and PTSD. Ariana Grande has been in touch with the hospitals in Manchester ever since the bombing, which killed 22 people and injured thousands, happened. On every Christmas season, she makes sure that she sends gifts for the child patients in Manchester hospitals, along with a donation.

The RCMH Charity group recently took to their official Twitter handle and confirmed that Ariana Grande still sends gifts to their child patients, and thanked her for the amazing gesture with a special note. "Thank you, Ariana! We were so excited to receive Christmas gifts for young patients across our hospitals from Ariana Grande," reads the Twitter post of RCMH Charity. "The presents were distributed to babies, children, and teenagers," they added.

Later, Tanya Hamid, the interim director of the Manchester Foundation Trust Charity, took to her official Instagram handle and wrote: "It’s so wonderful that Ariana has once again been so thoughtful and made this special donation to our family of hospitals. We know Manchester, and in particular Royal Manchester Children’s Hospital, holds a special place in Ariana’s heart."

Have a look at the 6 times when Ariana Grand won hearts with her charity work...

1. Aiding the victims of the Manchester Arena bombing

In 2017, Ariana Grande organized her much-loved 'One Love Manchester' concert to aid the victims of the Manchester Arena bombing, that happened the same year. As per the reports, the concert raised over $23 Million, which was used for the treatment of the victims, especially children. Ariana received immense appreciation from both her fans and critics for showing strength and grace, to give courage to the audience who desperately needed it. The concert was named the No.1 event of the year, by the Vulture section of New York magazine.

2. When Ariana Grande co-founded Kids Who Care at the age of 10

The renowned singer highly impressed her followers by co-founding the South Florida youth singing group Kids Who Care, at the age of 10. The singing group was formed with the intention to perform at charitable fundraiser events. Interestingly, the kids' band performed exceeding well and raised a whopping $50,000 in the year 20007 alone. This remarkable foot by Ariana Grande and her co-founders are still lauded by music lovers across the world.

For the unversed, both Ariana Grande and her brother Frankie joined the charitable organization named Broadway in South Africa, in 2009. As members of the organization, the siblings travelled to Gugulethu in South Africa and performed there at many concerts. Interestingly, the famous singer and her brother even taught dance and music to the Children of Gugulethu, for a brief period. 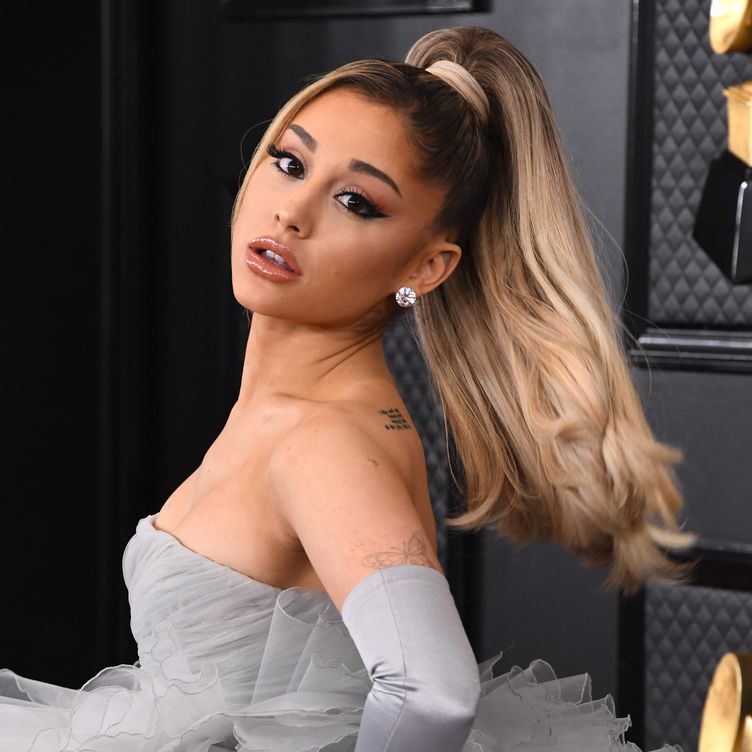 4. When Ariana Grande performed for the cancer awareness program

In 2014, Ariana Grande once again impressed her followers by joining the 'Stand Up To Cancer' television program, which was founded in order to raise funds for the cancer research that was happening in America. She performed her highly popular song 'My Everything' in the loving memory of her grandfather, who had succumbed to cancer in July, of the same year.

When the world was battling the Covid-19 pandemic, Ariana Grande and the renowned singer Justin Beiber announced their collaboration 'Stuck With U', which acted as a fundraiser for the children of Covid-19 frontline workers. Meanwhile, she also joined a Covid-19 fundraiser named Project 100, which was formed to support 100,00 families that were deeply impacted by the pandemic. The concert also led to Ariana Grande receiving the 'Gay icon' title, for actively supporting the LGBTQ community with her queer-friendly lyrics and performances.

6.  Actively promoting rescue and adoption of stray dogs and cats

For the unversed, Ariana Grande is a complete animal lover and she adopted veganism in 2013. The celebrated actress-singer has been actively promoting the rescue and adoption of stray cats and dogs, for a very long time. She has also been urging her fans to adopt from shelters instead of shopping for pets, in all her music concerts to date. In December 2020, Ariana, along with her choreographers and friends Scott and Brian Nicholson, launched 'Orange Twins Rescue', which is a Los Angeles-based animal rescue center.

Ariana Grande gives it back to rumours she 'isn't ...

Ariana Grande ADMITS being 'terrified' to be the s...

The Voice: Ariana Grande breaks down as she elimin...