Britney Spears: From Toxic to Stronger, 9 biggest hits by the pop star

With the release of Britney Spears and Elton John's highly-anticipated collaboration "Hold Me Closer," now seems the most appropriate time than ever to remember the greatest hits by Britney Spears. Britney Spears: From Toxic to Stronger, 9 biggest hits by the pop star

Britney Jean Spears is an American singer and dancer. This pop diva or as they say the "Princess of Pop" earned her stardom as a teen pop sensation in the 90s and early 2000s. Call her the 90s Olivia Rodrigo. Baby One More Time (1999) and Oops!... I Did It Again (2000), are the first two studio albums that are one of the best-selling Britney albums of all time.

In fact, they made her the best-selling teenage pop artist of all time. With massive success, Spears incorporated a more provocative style for her newer albums, Britney, in 2001 and In the Zone in 2003. Scroll on to find a list of the top 9 Britney songs from her extraordinary pop culture.

Right from critically acclaimed, massive commercial successes, and biggest fan favorites, to the underrated gems, this list of the perfect blend of Top Britney tracks.

This Grammy-winning Britney song has definitely been a fan favorite for years. Released in the year 2004 this dance-pop song about a dangerous lover is wildly addictive. You have got to listen to this catchy-yet-complicated pop song because according to this list this is #1 Britney song.

Another Britney sensation that keeps trending on Instagram and TikTok is this iconic song by Britney in her early days in the industry. Also, nominated for a Grammy this song is a legendary pop song. It is easily one of the most catchy and memorable Britney Spears songs.

Another Britney song that’s trending on Tiktok and Instagram for months now is "Gimme More." With danceable beats, this Spears song is definitely catchy. This "futuristic and thrilling," song according to The Guardian definitely aged like fine wine.

The Britney song that created Britney Spears, "...Baby One More Time," was the song that made Britney an overnight pop sensation. This song received global success, as it topped every music chart ever made. With over 18 million copies sold, this upbeat song is one of the best-selling singles of all time.

With a dangerously catchy beat, this Britney song is definitely one of the most underrated gems. Curated with the perfect blend of sensual lyrics and electrifying beats, this song definitely deserves a spot on this list.

This song from Spears' career was definitely a milestone. The song transformed Britney from a teenage pop singer to a more sophisticated and mature artist. Not only did this sexy track get appreciation from the fans it was a massive commercial success.

Another Britney anthem we’ll all be grateful for is "Womanizer." This empowering song is a warning for any cheating men out there. Not only this track was an instant commercial hit but it received huge global success. It is one of the most loved Britney Spears songs.

Another iconic track by Britney Spears where she compares her love life to a circus was not only a fan favorite but loved by contemporary critics and reviewers. With huge commercial success, this track definitely topped multiple charts.

"Stronger," was dropped followed by "Oops!...I Did It Again" and "Lucky." and became a fan favorite in no time. This song about perseverance will definitely make you feel stronger than ever. 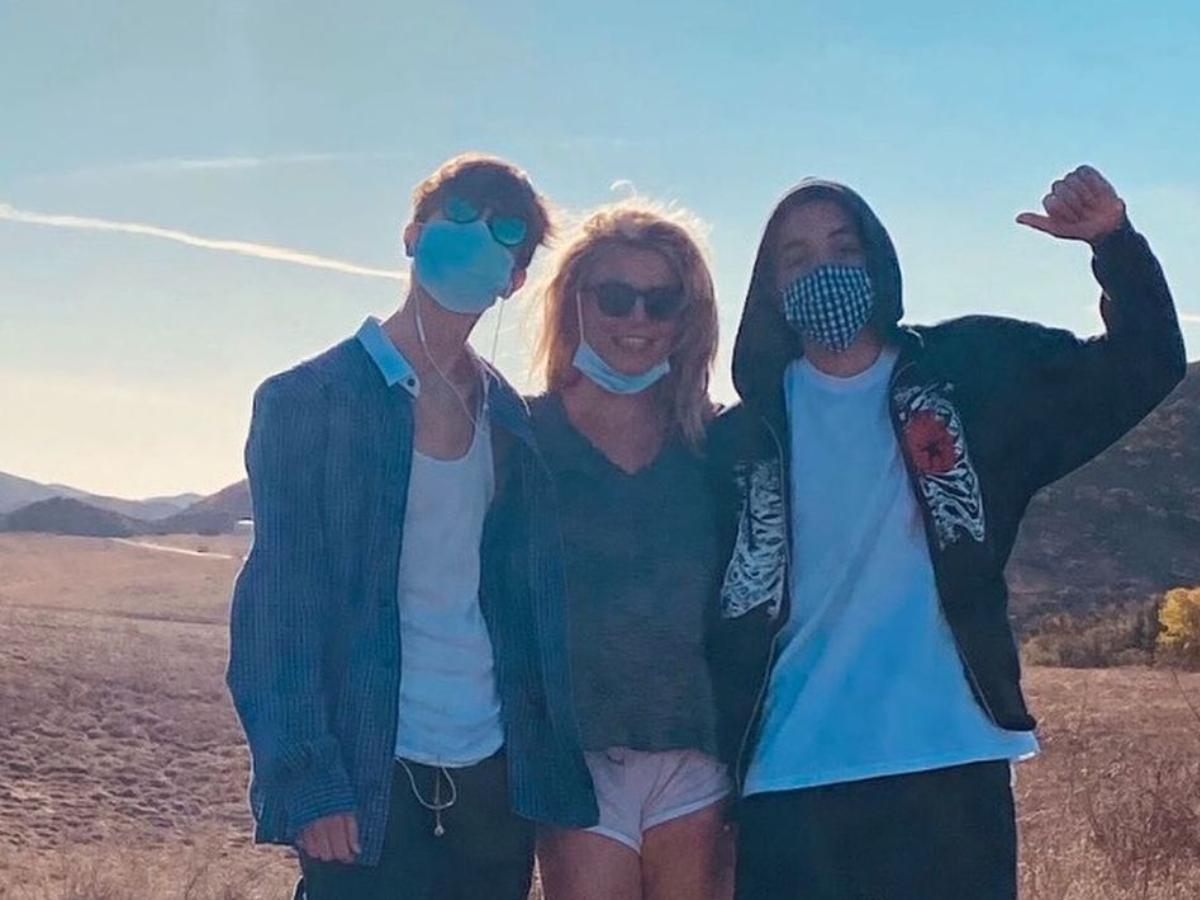 Britney Spears, was recently in limelight for her (now deleted) Instagram post where she went on about the "worst" experiences of her life and shared she might never perform again.

As a reaction to losing custody of her sons (Sean Preston and Jayden James, with her ex-husband Kevin Federline) in a new audio clip on Instagram the legendary singer shared a string of audio clips on Instagram, where she spoke about several issues, one of which said,

"From when they were six to nine years old, I had them 70% of the time, and of course, since they've been gone I've honestly felt like a huge part of me has died," she said in one of the clips. "Like, literally, have no purpose anymore. They were my joy. They were my everything. I looked forward to seeing them. That was what I lived for and then all of sudden they were gone and I was like, 'Did my heart just stop beating?'"

The pop star was undeniably angry and recently changed her Instagram username to "Channel 8," She posted a picture of herself with a message directed to her father Jamie Spears, and captioned "See this picture right here ... kiss my G** damn mother f**king a** you f**king bast**d." Fans are worried about the star’s mental health.

12 best love songs of all time