Did Netflix announce the renewal of Heartbreak High Season 2?

Released on September 14, 2022, this brand new reboot of the 1994 show, Heartbreak High definitely won hearts. Will there be a season 2? Let's find out. Did Netflix announce the renewal of Heartbreak High Season 2?

Netflix released the brand new reboot of the 1994 show Heartbreak High. This 2022 Australian television series created by Hannah Carroll Chapman is a remake of the 1994 show that was first screened on Network Ten. While the show is already a hit amongst the young adult audience, they have already started to wonder, will there be a season two? Here is all you need to know.

The Official Netflix synopsis of this teen television show states as “An incendiary mural exposes everyone's secret hook-ups at Hartley High. Its author, Amerie, has to grapple with the messy fallouts as a total outcast.”

Although Netflix has not yet dropped any official statement regarding the release of Heartbreak High Season 2. The first season has eight episodes, all of which premiered on the 14th of September 2022. Season 1 episode 8 titled Three of Swords which was the last episode ended on a high note. Rumor is the show will have a potential season renewal, however, it is too soon to say for certain.

The expected plotline of Heartbreak High Season 2 might entail picking up right where the finale episode of season 1 ended. The show is about a brand new look at Hartley High after twenty long years. The next season might also focus on outsiders, Quinn and Darren, and teen issues like love, sex, and of course heartbreak. 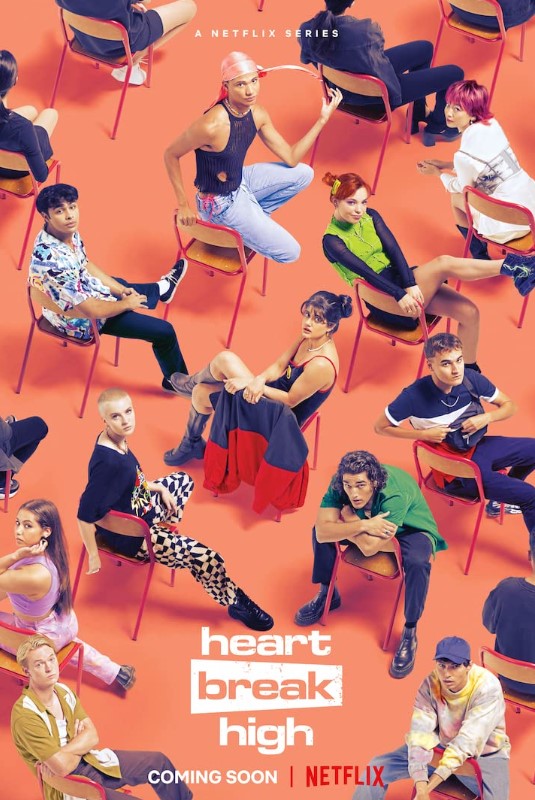 The expected cast of the new season is

Along with the main cast, the recurring cast and the guest cast members who might appear in season 2 include:

Just like season 1, season 2 is expected to have 8 episodes in total. Each episode will be of 45 and 52 minutes since most Netflix shows have a constant episode count.

Fans are desperately waiting for the first look of season 2, however, there are no trailers as of now. As soon as the official announcements are made, Netflix will drop the trailer of the highly anticipated upcoming installment.

If you have still not watched season 1 of the show, the teen show is exclusively streaming on Netflix.

Fans can definitely rewatch the Heartbreak High Season 1. However, while you patiently wait for season 2, you can also watch other Netflix shows like Heartbreak High including, Summertime, Trinkets, Sex Education, and Riverdale. In fact, you can even stream the seven seasons of the 1994 version of the show Heartbreak High on Netflix.