Mindy Kaling and B.J. Novak joked about their complicated relationship as co-stars while presenting an award onstage during the 74th Annual Primetime Emmy Awards on September 12, 2022. The Office co-stars Mindy Kaling and B.J. Novak joke about their 'Insanely Complicated' relationship at the Emmy Awards 2022

74th ANNUAL PRIMETIME EMMY AWARDS -- Mindy Kaling and B.J. Novak were there at the 74th Annual Primetime Emmy Awards to present an award for outstanding writing for a limited series at the Emmys 2022 won by Mike White for White Lotus. While on stage, longtime friends and former co-stars and exes Mindy Kaling and B.J. Novak casually joked about their "Insanely Complicated" relationship as co-stars for the famous show The Office. 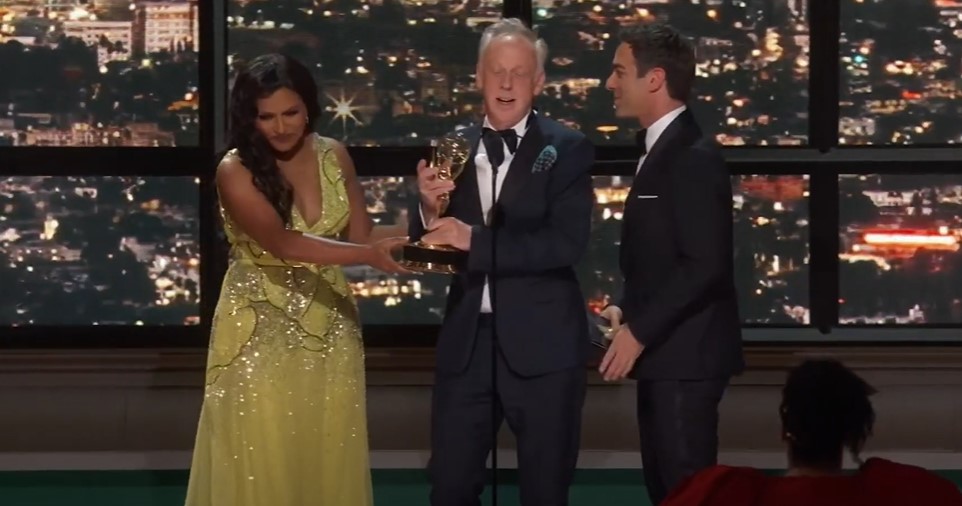 Mindy Kaling and B.J. Novak have always had unique dynamics when it comes to their relationship. As these former co-stars, exes, and longtime friends were seen at the Emmy Awards 2022 on September 12 in Los Angeles, they had the following conversation.

Kaling, 43 said, referring to her start on "The Office" with Novak,

"To all the nominees, we just want to say: congratulations, you lazy sons of b*tches. How are you getting away with this? We came up doing network sitcoms — 22 episodes a year."

Novak further added, "That show, that would take up your whole life. No time for other projects."

To which Kaling replied, "No time for a social life. You had no choice but to form insanely complicated relationships with your co-stars."

"And now, you can just write some self-contained masterpiece, cast it with movie stars... " Novak said, perceiving the differences between a limited series and classic network sitcoms.

"Shoot it for a few weeks and then go back to your fancy luxury compound," Kaling said, as she nodded to The White Lotus' Hawaii set. 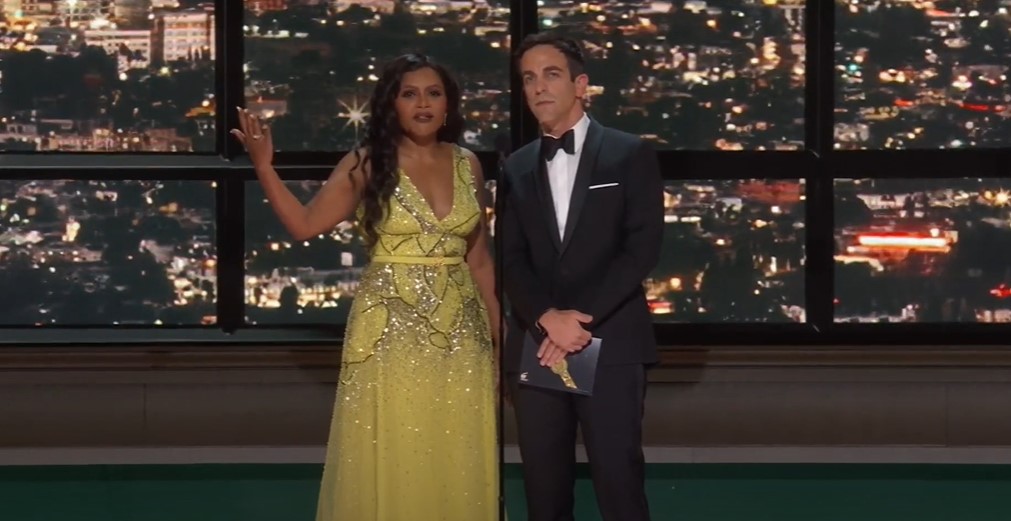 Mindy Kaling and B.J. Novak met for the very first time on the set of “The Office” in 2005. The couple dated for years but rumors suggest they were always in an on-and-off relationship. Despite being spotted at several events and award shows together, as of now they are just friends. In 2005, Kaling explained their extraordinary relationship as "romantically charged camaraderie with loud arguments."

Recently the celebrities have been subjected to a rumor that Novak could be the father of one of Kaling's kids, more because the actress has been private about the paternity. When asked about the rumor in an interview with Marie Claire, Kaling said that it "doesn't bother" her.

She also mentioned, "He's the godparent to both my kids — and they have such a great relationship — and so far [the rumors haven't] affected my happiness at all, it hasn't affected my kids or B.J. If that's what is going to be titillating to people, I'll take it."

In 2017, Mindy officially named Novak as her daughter’s godfather. They are each other's family. The pair goes back to 2004 and in fact, have been pretty vocal about their platonic affection for each other. Not only are they spotted together on the red carpet together, but they also help each other out with several creative projects.

Their roles in The Office

Mindy played the memorable role of Kelly Rajanigandha Kapoor in the beloved American television series The Office. Kelly is a customer service representative at the Scranton branch of Dunder Mifflin. Mindy has been seen in the show from seasons 1 to 8. Novak on the other hand played the role of Ryan Howard in the NBC sitcom The Office (2005–2013.) He also served as an executive producer, director, and writer of the show.

Kelly and Ryan had a rocky relationship throughout the show. The couple was in love one second and at each other’s throats the very next. Fans often say on and off love interest on the show is quite similar to their real-life relationship.

He added, "It isn't the thing that people sometimes think it is."

In a 2019 interview on CBS Kaling shared, "But he's really part of my family now, which is great. Even though that's less of a sexy characterization of our relationship, I think it's a deeper and a closer one."

The 74th Primetime Emmy Awards was live on NBC at 8 p.m. ET and was held at the Microsoft Theater in ‎Los Angeles. You can also catch the Emmy Awards 2022 on Peacock.

Also read: Mindy Kaling reacts to rumours about B. J. Novak being the father of her children

B J Novak has the sweetest response to The Office co star Mindy Kaling’s 'How it started; How it's going' meme Mindy Kaling reacts to rumours about B. J. Novak b... Then vs Now: Here's what the cast of The Office is... Here's why Mindy Kaling doesn't share photos of he... Chris Evans says 'good stuff' as he fanboys over J...