Eric Dane and Rebecca Gayheart spotted together in Mexico; 5 things to know about their relationship

Eric Dane and Rebecca Gayheart were caught on camera holding hands while on a vacation together in Mexico after five years of separation. Eric Dane and Rebecca Gayheart were caught on camera holding hands while on a vacation together in Mexico after five years of separation.

Nearly five years after separation, the former Grey's Anatomy star and the Scream 2 actress walked hand in hand as they deported a yacht and made their way to the dock. Exes Eric Dane and Rebecca Gayheart are sparking reconciliation rumors as they ushered in the New Year together with their kids in Cabo, Mexico.

The duo has gone on multiple trips together since the actress filed for divorce. Gayheart uploaded a series of photos on Instagram in August that served as a journal of her journey to France with her estranged husband and their children Billie, 12, and Georgia, 11. 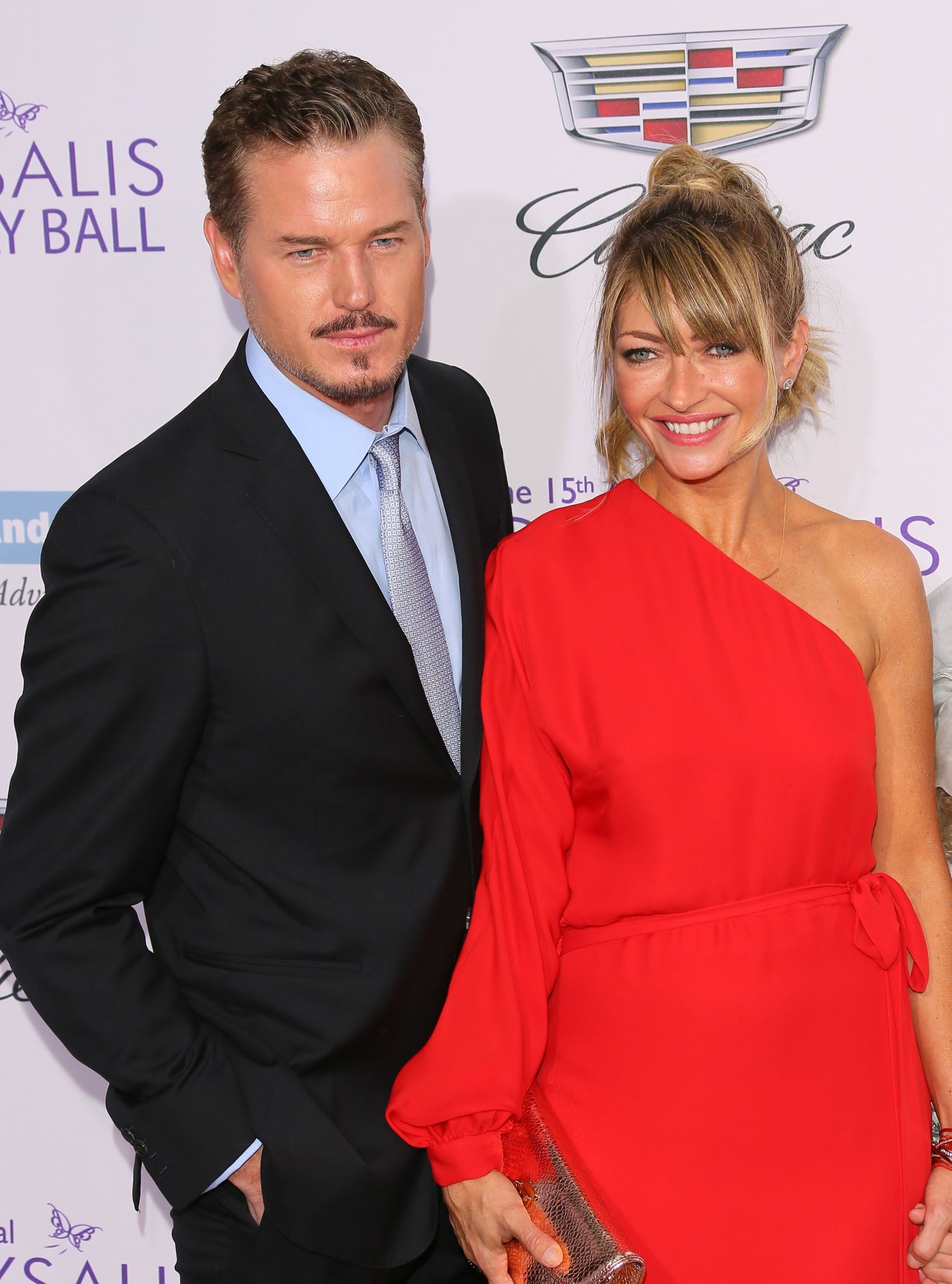 Eric Dane on how they started dating:

In 2004, the former Grey's Anatomy star and the actress from Once Upon a Time in Hollywood got married in Las Vegas. When Flaunt magazine interviewed Dane about how their relationship started, he responded, "It's probably one of the least interesting stories in the world. Basically, it went like this: "You want to go out?" Yes, of course. We got married ten months later."

Especially when it comes to relationships, Eric Dane's life seems less difficult. The 49-year-old actor, who portrayed McSteamy on Grey's from 2006 until 2012 before returning for a few episodes in 2021 and 2022, married model Rebecca Gayheart in 2004. The couple had two children, Georgia (age 10) and Billie (age 11), were born. After 14 years of marriage, Gayheart, the star of X-Men: The Last Stand, however, filed for divorce in February 2018.

Gayheart had first met Brett Ratner when she arrived in New York City in 1986 at the age of 15, and the two enjoyed a 13-year courtship. Ratner proposed to her in 1997, but the couple ultimately split up in 1999. On October 29, 2004, Gayheart wed actor Eric Dane in Las Vegas. Gayheart gave birth to a daughter, her first child with Dane, in Los Angeles on March 3, 2010. On December 28 of the following year, she and Dane welcomed their second daughter into the world.

Despite their separation, Rebecca Gayheart and Eric Dane's family remains together. She was quoted saying, “Life has changed for me and my family. And we've only just managed to master that. It hasn't been simple, I won't lie.” Rebecca added that she believes that the most fascinating part is what lies in the future because there are so many different things that may occur right now. But, she is happy that her kids are content and healthy.

They are friends and are doing their best to co-parent and maintain a family, even though we’re not married. Legally they are still married, but separated. She further added, “And I think we’re doing a pretty good job of it. Life is just good. There are so many exciting things happening.”

The Superior Court of Los Angeles County served notices to Gayheart and Dane outlining the conditions for their divorce to be finalized, according to court documents cited by the sources. If the appropriate papers are not submitted, the case "may be dismissed" by the court "for delay in prosecution," according to supervisory Judge Thomas Lewis.

It took Rebecca Gayheart 18 years to be able to speak about her 2001 car accident, which claimed the life of Jorge Cruz Jr., a 9-year-old boy.

Gayheart, 47, admitted that although it hadn't been easy to bring up the horrific event for the first-time last month, it was something she "ought to do" while attending the 18th Annual Chrysalis Butterfly Ball on Saturday. She added that revealing her experience on her friend's podcast The Only One in the Room was "a nice way to get it off my chest" because it had been 18 years since she'd last spoken to anybody about it.

The Euphoria actor acknowledged that he was "of course" happy for Gayheart to have disclosed last month that she was accountable for a horrific car accident that resulted in the death of a little child.

I lived with her for 15 years, he continued. If it was helpful in any way, I appreciate her telling me the story, which she did.

ALSO READ: Harry Hamlin on his happy marriage to Lisa Rinna; 6 revelations about the couple