Gigi Hadid and ex Zayn Malik's daughter, Khai turned 2 recently and the proud mother took to Instagram to give a glimpse of the celebration they had for her little one's milestone birthday. Gigi took to her Instagram Stories on September 19 to share a photo of the little one's special themed cake which featured the characters of Peppa Pig.

It seems the birthday celebration was a family affair given that the model also tagged Khai's dad, Zayn Malik in her post. Gigi and Zayn who had been together on and off since late 2015, welcomed their first baby together in September 2020. The couple split last year but have reportedly been focussing on co-parenting their daughter. Ever since their breakup, this is not the first time that Gigi has given a nod to Zayn when it comes to their daughter's special moments. 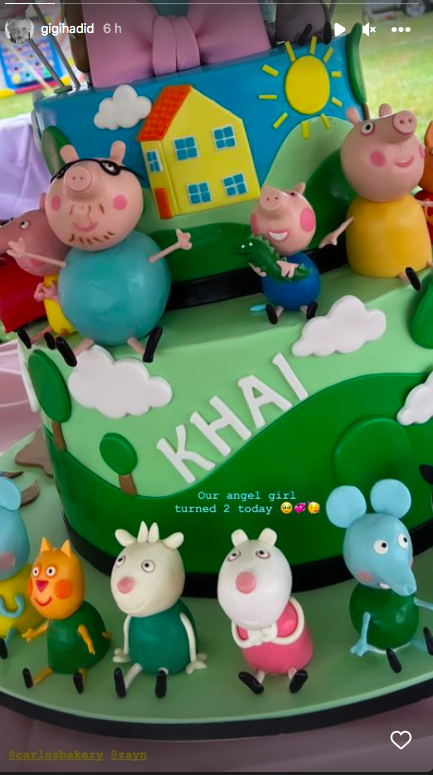 Previously, Hadid had also shared a photo of her baby girl and Malik from their father's day celebration and referred to the former One Direction member as "Khai's baba" in her post. Zayn is yet to re-share Gigi's new post featuring Khai's 2nd birthday celebration on his Instagram.

In the meantime, Gigi has recently been hitting the news for her romance rumours with Leonardo DiCaprio. A photo of the model and the Oscar-winning actor sharing an intimate conversation recently went viral. Reports have suggested that the duo is getting to know each other but aren't yet in a serious relationship. Neither Hadid nor DiCaprio have addressed their dating rumours.