Hailey Bieber posted a story on the ‘gram to shut down the pregnancy rumors and shared she is suffering from a painful ovarian cyst that’s the size of an apple. Over the years, Hailey Bieber has been in the spotlight for pregnancy rumors. While she has consistently denied it, this time Justin Bieber’s wife dismissed all the rumors by disclosing she is suffering from a distressing health condition. In fact, she was pretty vocal about her health challenges when she posted an Instagram Story on November 28, 2022. The Rhode Beauty founder was seen lifting up her sweatshirt and clarifying; she is not pregnant.

Sharing a mirror photo of herself, showing her torso, Hailey Bieber revealed, “I have a cyst on my ovary the size of an apple,” she added, “I don’t have endometriosis or PCOS [Polycystic ovary syndrome] but I have gotten an ovarian cyst a few times and it’s never fun.” In fact, the supermodel and entrepreneur used the story to visually clarify she is certainly not pregnant as she added the words “not a baby” and carefully placed them on her inflamed stomach.

Hailey Bieber shared, "It's painful and achey and makes me feel nauseous and bloated and cramps and emotional," she added. "Anyways…I'm sure a lot of you can overly relate and understand. We got this." 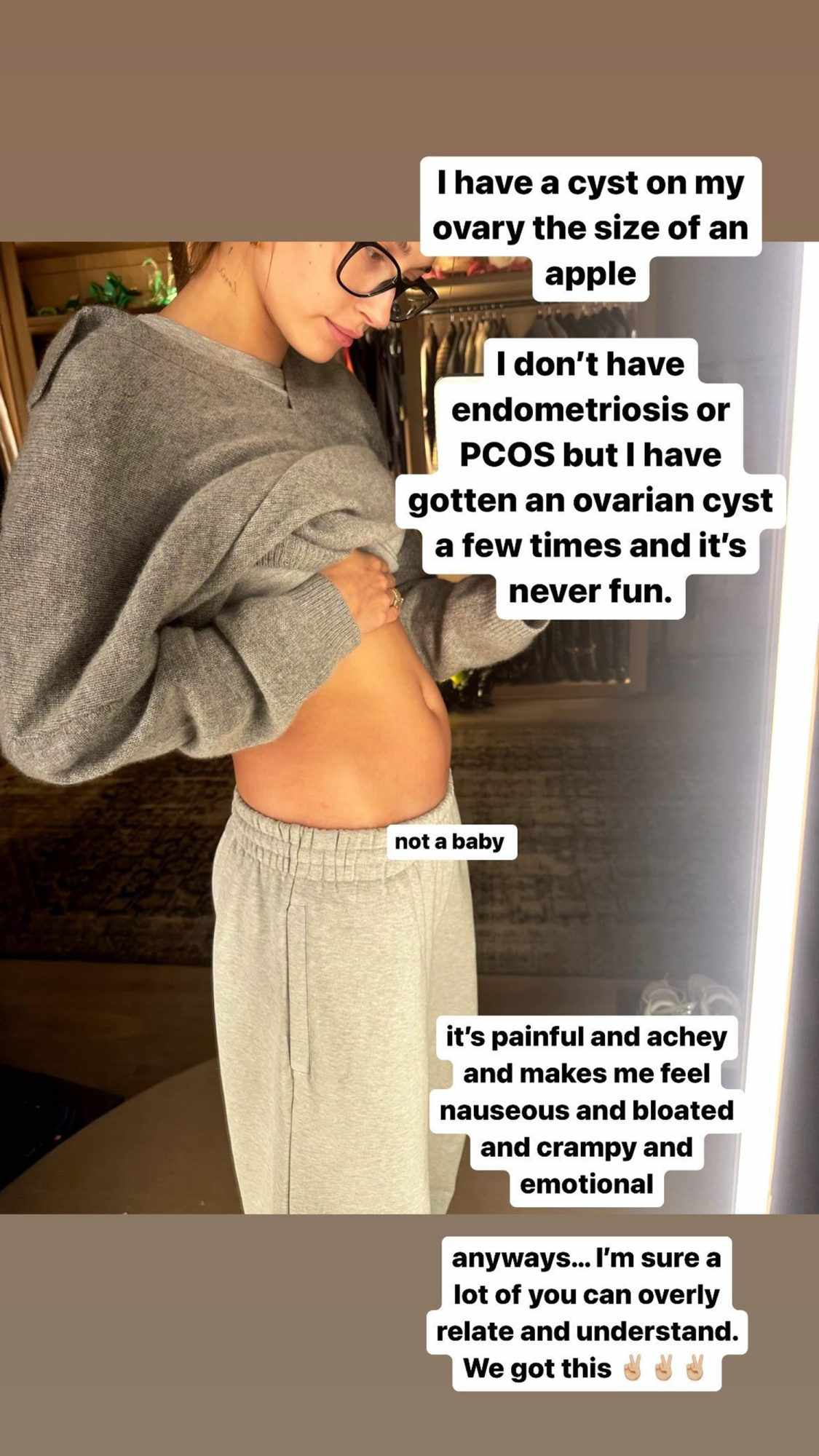 Hailey Bieber, who is married to Justin Bieber, has been vocal about her previous health conditions which included her mini-stroke, and her heart condition. Time and again, Hailey and Justin Beiber have been dodging pregnancy speculations by consistently denying it. However, this time she believed her fans deserve to know the gravity of the situation.

ALSO READ: Hailey Baldwin gets candid about her realistic approach when it comes to having kids with Justin Bieber

Anonymous
Dec 01, 2022
most girls who have such problems think something is wrong only with them . this happens to most of us . its just another ailment whcih today can be cured easily .
0 REPLY

Anonymous
Dec 01, 2022
brave of her to come out in the open about such problems . shes setting a good example.
0 REPLY