Is Miley Cyrus’s song Flowers a dedication to ex-husband Liam Hemsworth on his birthday? On Thursday, January 12, 2023, Miley Cyrus dropped the ultimate breakup anthem. While the song is a musical masterpiece what we can’t get over is the fact that the queen decided to release it on her ex-husband Liam Hemsworth‘s birthday. The 30-year-old Wrecking Ball star also released the music video along with the track.

The video starts with Miley walking toward the camera in a jaw-droppingly perfect gold look which was previously revealed in the promos. In just a matter of seconds, the beat drops and she sings, "I can buy myself flowers / Write my name in the sand, Yeah, some things you don’t understand / But I can take myself dancing, yeah / I can hold my own hand / Yeah, I can love me better than you can.” It is safe to say that we are already hooked on the song.

Along with her gold outfit, another stunning look that Miley strips down to is her black lacy lingerie/swimsuit that certainly shows off her toned body. The next look she pulls off is a black power suit which she styled with a bold twist by skipping on the shirt. As the painful yet empowering breakup anthem comes to an end, Miley is seen dancing her heart out.

Are the lyrics of the Miley Cyrus song a dedication to Liam Hemsworth? 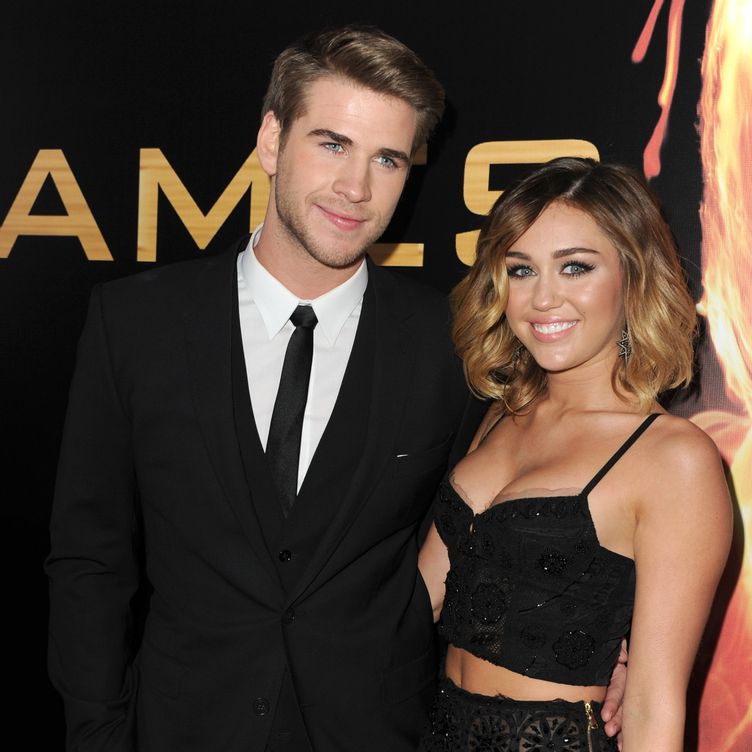 While Miley’s looks in the video are worth obsessing over, we cannot overlook the fact that the lyrics are heartbreaking yet empowering at the same time. Although there is no official confirmation, fans have been insinuating the lyrics of Miley Cyrus’s Flowers are all about Liam and Miley’s breakup and the fact that the song is dropped on his birthday is another piece of evidence.

Even before the release of the song, it was rumored that the song was about Miley and Liam. However, the lyrics are certainly prime evidence that the song is definitely about their infamous divorce. The very first evidence is the line “Built a home and watched it burn” where Miley is referring to her Malibu house that she shared with Liam which burnt down in November 2018 due to the Woolsey fires. Another piece of evidence that proves this song is about Liam is the fact that the chorus of the song is inspired by Bruno Mars's “When I Was Your Man” - The song that once Liam dedicated to Miley. Also the line “Write my name in the sand” is beach-related evidence that makes fans wonder if the song is about the former couple.

Below, find the video of the famous breakup anthem that Miley just dropped.

Miley and Liam famously met on the set of The Last Song and immediately hit it off. They dated for a while but broke up right around the release of Miley’s Bangerz era. Interestingly, the couple got back together and decided to get married in 2018 only to end up in a divorce which was finalized in 2020.

Are Miley and Liam still together?
No, they are not together as of now. Miley and Liam famously met on the set of The Last Song and immediately hit it off. They dated for a while but broke up right around the release of Miley’s Bangerz era. Interestingly, the couple got back together and decided to get married in 2018 only to end up in a divorce which was finalized in 2020.
When will Miley Cyrus’s album Endless Summer Vacation release?
Endless Summer Vacation is Miley’s eighth studio album which is all set to be released on March 10, 2023, via Columbia Records. This will be Miley’s first album after leaving RCA Records. Flowers is Endless Summer Vacation's lead single which has been in the limelight for being released on January 13, 2023, which is Liam Hemsworth’s birthday.
How old is Miley Cyrus?
Miley Cyrus is 30 years old.
When is Liam Hemsworth's birthday?
Liam Hemsworth's birthday is on January 13, 2023, which is in the limelight because Miley Cyrus dropped the ultimate breakup anthem on the same day as her ex-husband Liam Hemsworth‘s birthday.
Who is Miley Cyrus dating right now?
Reports suggest that Miley Cyrus is dating musician Maxx Morando.
About The Author

Was Liam Hemsworth’s GF Gabriella Brooks one of Mi...

Miley Cyrus makes an intimate confession about her...

It’s A Love Story: From Malibu romance to divorce;...

Liam Hemsworth had a health scare 3 months after m...

The Last Song producer Adam Shankman has THIS to s...