According to Variety, Tom Cruise co-star Jennifer Connelly from Top Gun: Maverick thinks that he very well deserves an Oscar nomination for best actor category for his role.

Jennifer Connelly stars as bar owner Penelope Benjamin in Top Gun: Maverick, which was one of the biggest movies of last year. In the movie, she tends to have a love connection with the Tom Cruise’s Maverick.

Recently, there have been rumors that Tom Cruise is one of the Oscar nominees for the category of best actor. When Connelly was asked to comment on the same, she stated that an Oscar nomination for Cruise would be well-deserved because of the scope of his accomplishments during the shooting.

In an interview with Variety, Connelly mentioned that Tom Cruise was extraordinary and did an amazing job in the Top Gun: Maverick. Cruise played the role so beautifully that he absolutely deserved the Oscar nomination. Jennifer Connelly further added that Tom Cruise is both a fantastic actor and human.

She continued Top Gun: Maverick is amongst one of the really well-made movies which are hard to put together. Tom Cruise went above and beyond for the role in the sense of flying sequences and shots on the ground. Cruise also worked extremely hard to prepare for the role and he was absolutely wonderful in those scenes. Jennifer Connelly also thought that the way he developed relationship with the Miles’ character in the movie was also absolutely moving and beautiful. 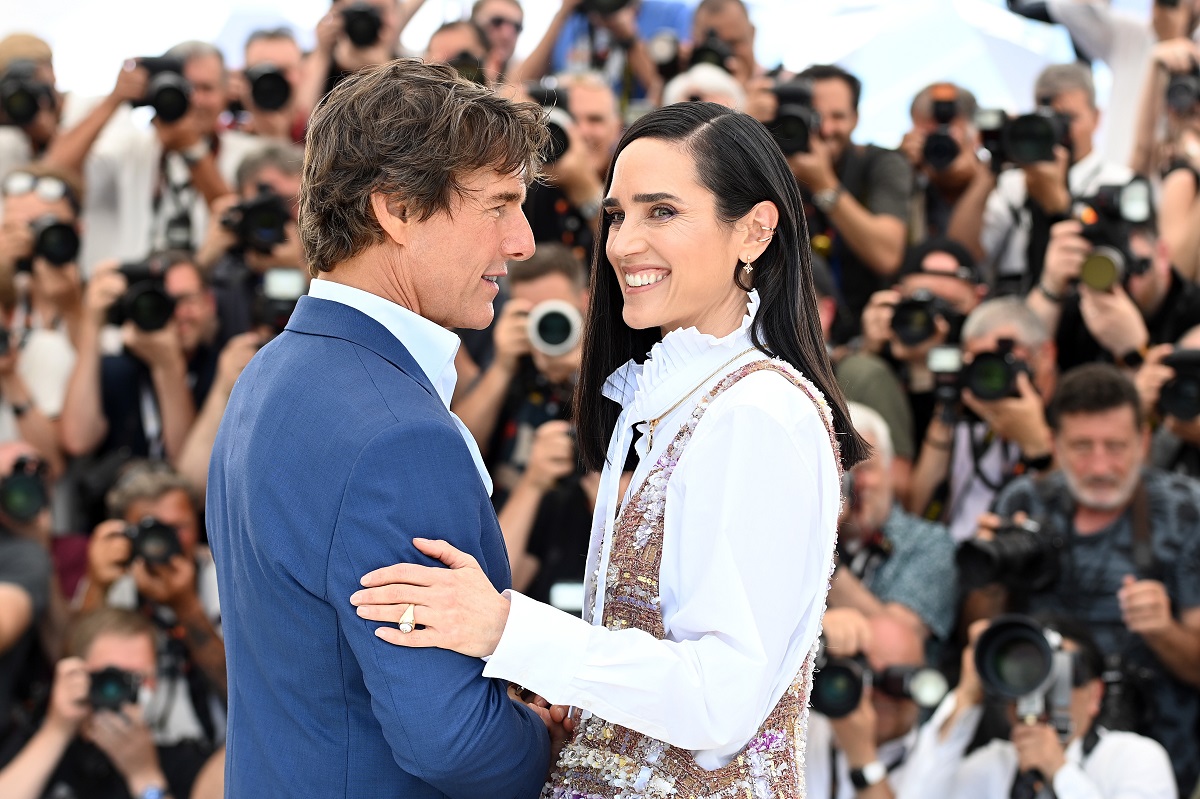 Connelly made these revelations while in an interview with Variety for the new movie Bad Behavior along with co-stars Alice Englert and Ben Whishaw.

Top Gun: Maverick was one of the biggest movies of 2022 directed by Joseph Kosinski. The movie is a sequel to Top Gun, which was released in 1986 with the cast ensemble of Tom Cruise, Jennifer Connelly, Ed Harris, Val Kilmer, John Hamm, Miles Teller, Lewis Pullman, and Glen Powell. The film was massive success with numerous nominations to its name, including the Critics Choice Movie Award and Golden Globes Award.

The plot follows the life of Maverick, who has to confront the ghosts of his past along with training a group of young graduates from TOP GUN for a dangerous mission.

Tom Cruise played the role of Captain Pete Maverick Mitchell in the movie Top Gun: Maverick along with being the executive producer of the same. The movie premiered at the Cannes Film Festival along with the actor receiving the Honorary Palme d’Or in the festival. The movie broke several records in the box office along with gaining several accolades to its name. Cruise is definitely amongst the fittest actors in Hollywood who have garnered massive fan following with intense acting and impossible stunt scenes. Tom Cruise also has various accolades to her name, including the MTV Generation Award, the Golden Globes Award, People’s Choice Awards, Blockbuster Entertainment Award, the Empire Special Honorary Award, and more. He has also been nominated for three Academy Awards.

Jennifer Connelly is currently promoting her new movie Bad Behavior directed by Alice Englert, which will be released on January 21, 2023. The movie follows the life of Lucy (played by Connelly), who was a child actress and seeks enlightenment at a retreat which is managed by spiritual leader Elon (played by Ben Whishaw). Along with this, Lucy also tries to navigate a close yet strained relationship with her daughter Dylan (played by Englert).

In an interview with Variety, Connelly mentioned that the reason she signed up for the movie Bad Behavior was because of its tone of writing. She also absolutely adored the mother-baby exercise scene in the movie and was completely hooked with the movie by then.

Top Gun: Maverick- Know When and Where to watch th...

Tom Cruise rings in his 60th birthday in style; To...