The Paris Couture Week began with the heritage couture house Schiaparelli showcasing their Spring-Summer 2023 collection, which was attended by Kylie Jenner, Doja Cat, and others. The Paris Couture Week has kickstarted on a high note with the special show hosted by the heritage couture house Schiaparelli showcasing their Spring-Summer 2023 collection. The star-studded show was attended by some of the most famous names in the entertainment and fashion business, including Kylie Jenner, Doja Cat, and many others. However, it is the costumes donned by the reality television star and the singer-songwriter that garnered the attention of fashion enthusiasts and netizens across the globe.

Kylie Jenner in a lion-head dress

The American media personality shocked (quite literally) her fans and fashion police alike by opting for a 'lion-head' dress for Schiaparelli's show on the first day of Paris Couture Week. Kylie Jenner wore a black gown with an attached extravagant faux lion head attached to the shoulder. The animal-inspired summer-spring collection by Schiaparelli marked the debut of designer Daniel Roseberry. Naomi Campbell, the renowned model walked on the ramp with an even bigger wolf-head attached to her gown, while Irina Shayk was seen on the runway with a lion-head dress similar to the one donned by Kylie Jenner.

Coming back to the American socialite's Paris Couture Week look, Kylie Jenner styled the gown with a high ponytail with a side partition. She completed her look with minimal gold accessories and neutral, earthy-toned makeup. While a major group of netizens is trolling the reality show star for her outfit choice calling it an 'attention-grabbing' move, others are heaping praises on her for making a bold attempt.

Check out Kylie Jenner's picture from Paris Couture Week below... 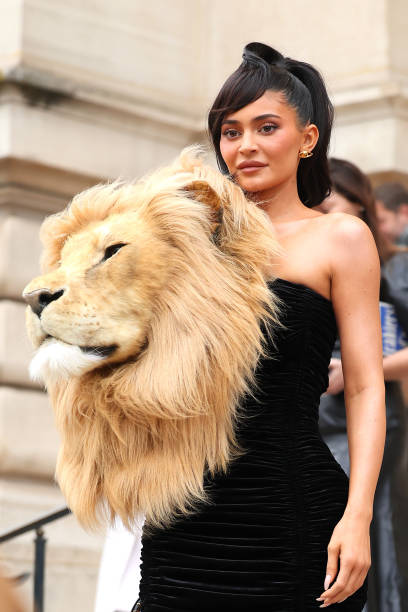 The American singer-songwriter has left both fashion enthusiasts and her fans in shock, as she opted to paint herself in Red colour for the Schiaparelli show at the Paris Couture Week. Doja Cat was seen in a red outfit with consisted of a corseted bodice and a red beads-adorned skirt. Interestingly she styled her look by painting herself head-to-toe in red paint and decorating herself with red crystals. Doja Cat completed her look with a matching long red cape, red earrings, and heeled boots. The singer's look for the Paris Couture Week has been receiving mixed responses from the fashion police and netizens. 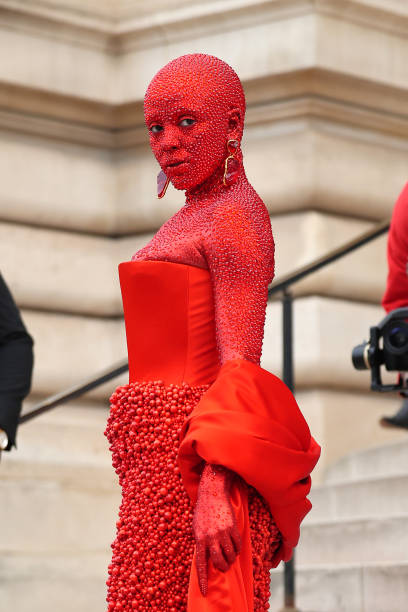 ALSO READ: Are Sam Smith and Adele the same person? Here’s what the Unholy singer says about the conspiracy theory

Kylie Jenner finally REVEALS her son’s name with a...

Kylie Jenner raises the temperature in a black bik...