Kylie Jenner recently took to her Instagram to share adorable pictures of her son along with revealing his new name. Here is all you need to know. Kylie Jenner has finally revealed her son’s new name after keeping fans in suspense for so long. On January 21, 2023, the business mogul took to her social media account to share the first ever adorable picture of her son with Travis Scott along with his name. Jenner and Scott have decided to name their baby boy Aire.

Kylie Jenner also shared adorable pictures along with her 11-month-old son and included his name in the caption. In the comments, Kris Jenner was quick to show her love for the grandbaby. According to PEOPLE, the name Aire means Lion of God. Jenner’s photo dump included four pictures with two solo pictures of Aire, one mirror selfie, and one picture from the photo shoot. Kylie's mirror selfie Aire wrapped in her arms looked as cute as ever.

The 31-year-old rapper and 25-year-old reality star welcomed their second child on February 2, 2022, and announced the name of their son as Wolf Jacques. However, shortly after that, the couple decided to change the son’s name from Wolf as they didn’t feel like it was suitable for him.

Kylie Jenner premiered a YouTube video dedicated to her son after his birth titled To Our Son. The video clip included all about Kylie’s pregnancy journey ranging from the reaction of her grandmother Kris Jenner to the tour of the newly made nursery and Kylie’s baby shower.

In the video, the audience was given glimpses of her son’s nursery which was painted a neutral color and was filled with baby sneakers, children's books, and stuffed animals. The announcement of the initial name change came just a few hours after the video premiered.

Jenner and Scott kept their first pregnancy a secret from fans for nine months, however, the announcement of their daughter's birth has made waves around the world. Stormi Webster was born in Los Angeles on February 1, 2018. Their daughter has been making fashion statements just like her mother since she was a baby. Kylie and Stormi had multiple matching moments at the event as well as on the red carpet. This toddler has also accumulated quite a collection of accessories such as shoes and purses. Stormi is also seen accompanying Jenner to the parties and office. The daughter has also influenced Kylie’s business. In a 2019 interview, Jenner said that she is raising Kylie to be smart and driven as she might take over Kylie Cosmetics one day.

According to PEOPLE, Kylie Jenner's pregnancy with her son was quite different than the one she experienced with her daughter Stormi Webster. Her pregnancy with Travis Scott’s son was more difficult and stressful as along with the pregnancy, she had to balance her business with toddler Stormi.

However, the founder of Kylie Cosmetics was surprised by the struggle that she had to face after giving birth to their son. After Stormi was born, Kylie quickly bounced back and expected the same with her second pregnancy.

According to PEOPLE, Kylie Jenner was exhausted after her second pregnancy, but she had a great support system and focused on being kind to herself. She loved being a mom and wanted to be the best mother to both her kids. After her second pregnancy, she started incorporating a routine back into her life gradually by taking a few work calls and slowly working out again along with being kind to herself. 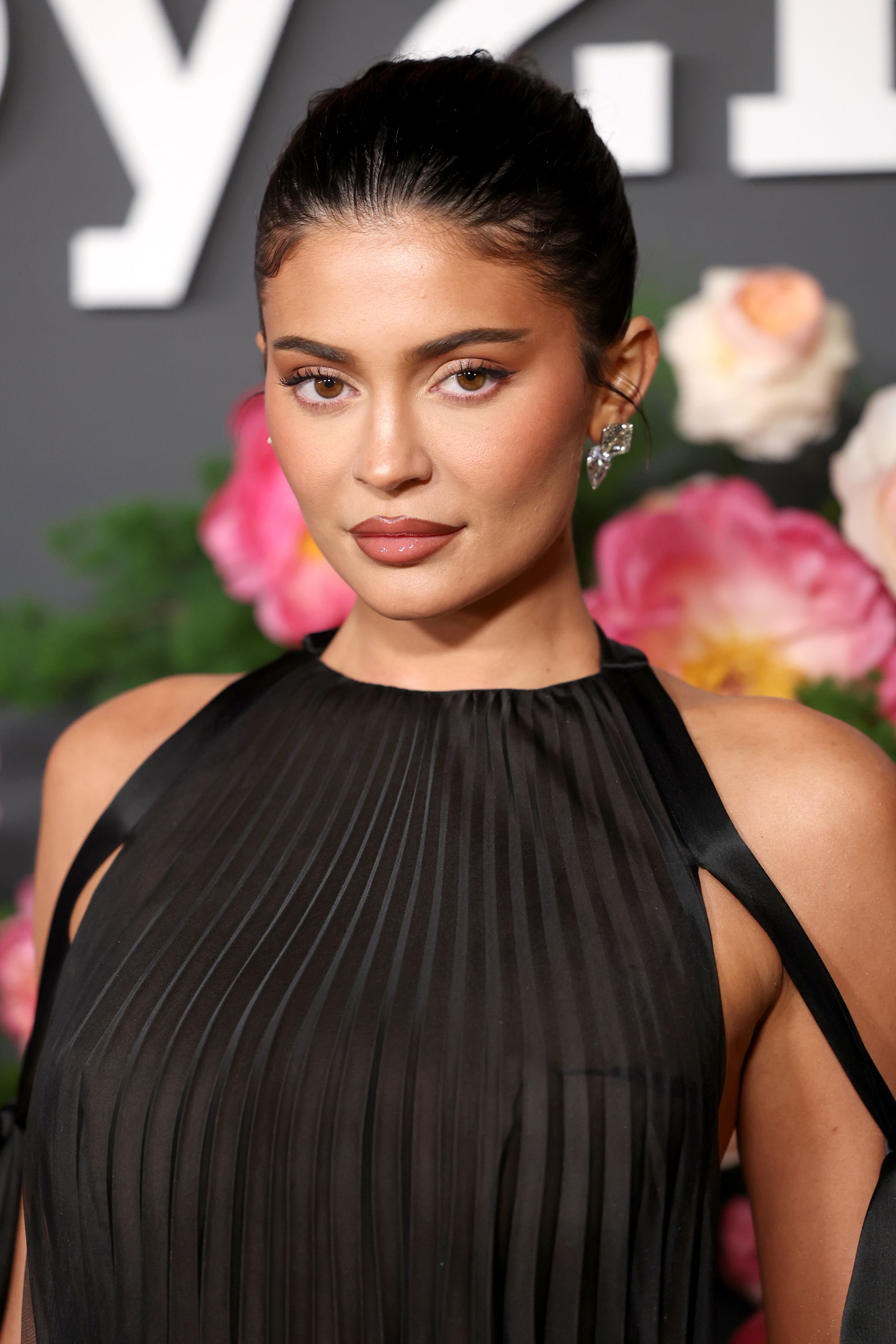 Travis Scott and Kylie Jenner's relationship has been on and off again since the very beginning of their relationship when they first met at Coachella. However, their children have always been the first priority of Kylie and the 31-year-old rapper. Both have also been vocal about the positive impact that their children have brought to their lives.

The couple is rumored to have broken up after spending their holidays apart from each other. Both were supposed to spend their holidays together, however, Kylie spent her New Year getaway with her friends in Aspen. Earlier, rumors were making rounds that Travis Scott had allegedly cheated on Jenner with his ex-girlfriend Rojean Kar.

Kylie Jenner raises the temperature in a black bik...