PHOTOS: Zendaya slays in a sheer bodysuit as she makes an appearance at Paris Fashion Week

PHOTOS: Zendaya slays in a sheer bodysuit as she makes an appearance at Paris Fashion Week Zendaya has established herself as one of the best-dressed celebrities quite early on and the actress continues to wow us with her fashion every time she steps out. Recently, the Euphoria star made an appearance at the Valentino Show at Paris Fashion Week and looked stunning as she wore a sheer black bodysuit with a bedazzled blazer along with it.

Zendaya reportedly sat front row at the show. The actress' sheer castsuit was a special one as it featured the brand's classic logo in an allover print. With the stunning outfit, Zendaya kept her accessories minimal and styled the rest of her look with pointy-toe pumps and dazzling chandelier earrings. Apart from the Emmy-winning actress, other celebrities who were also spotted at the Valentino show included Florence Pugh and Erykah Badu.

Zendaya sat with her longtime stylist Law Roach and Naomi Campbell at the show and was also photographed with Florence Pugh, Dove Cameron, and Emily in Paris star Ashley Park at the event. Zendaya's connection with Valentino is special since the actress was announced as the global brand ambassador for the brand in December 2020. 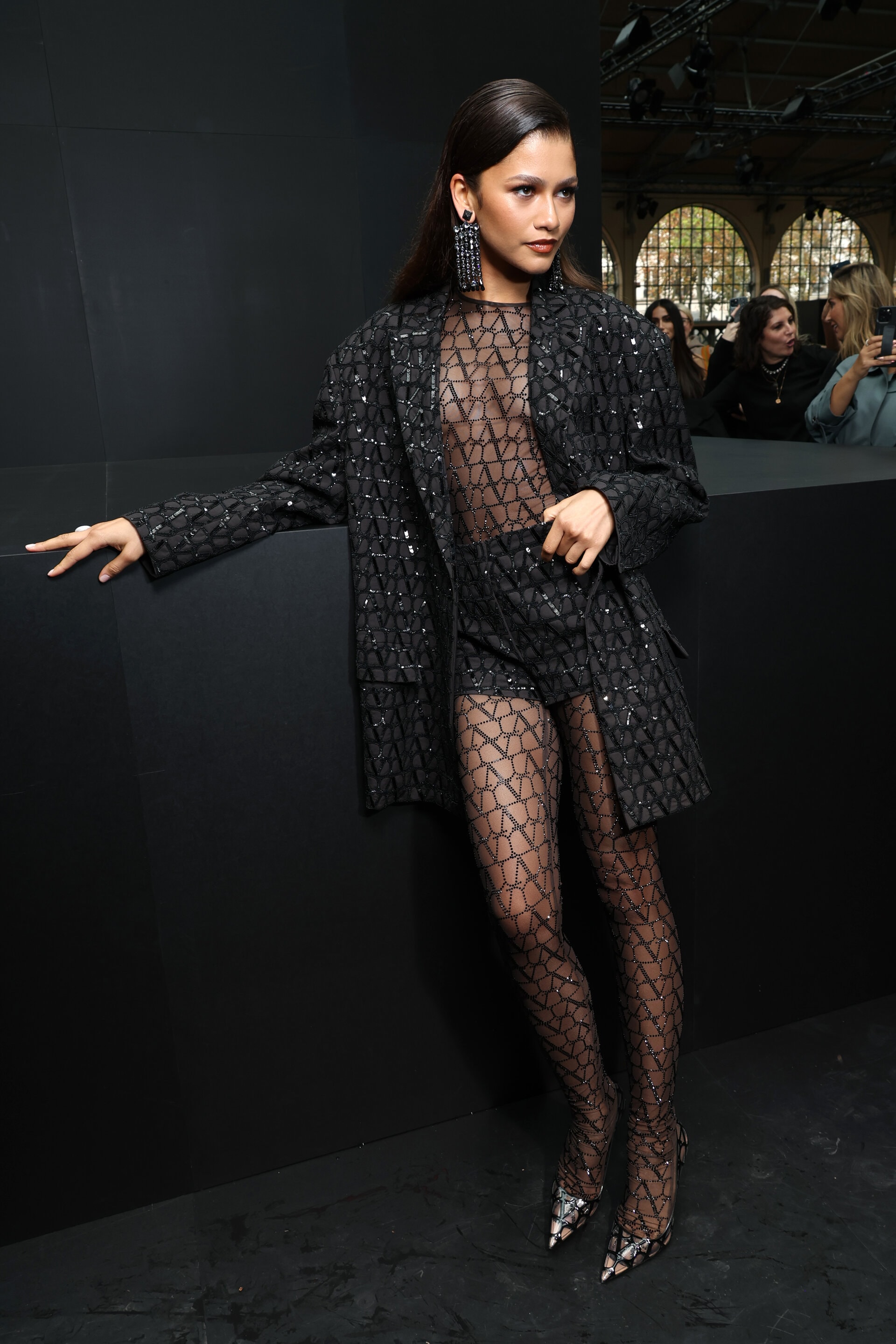 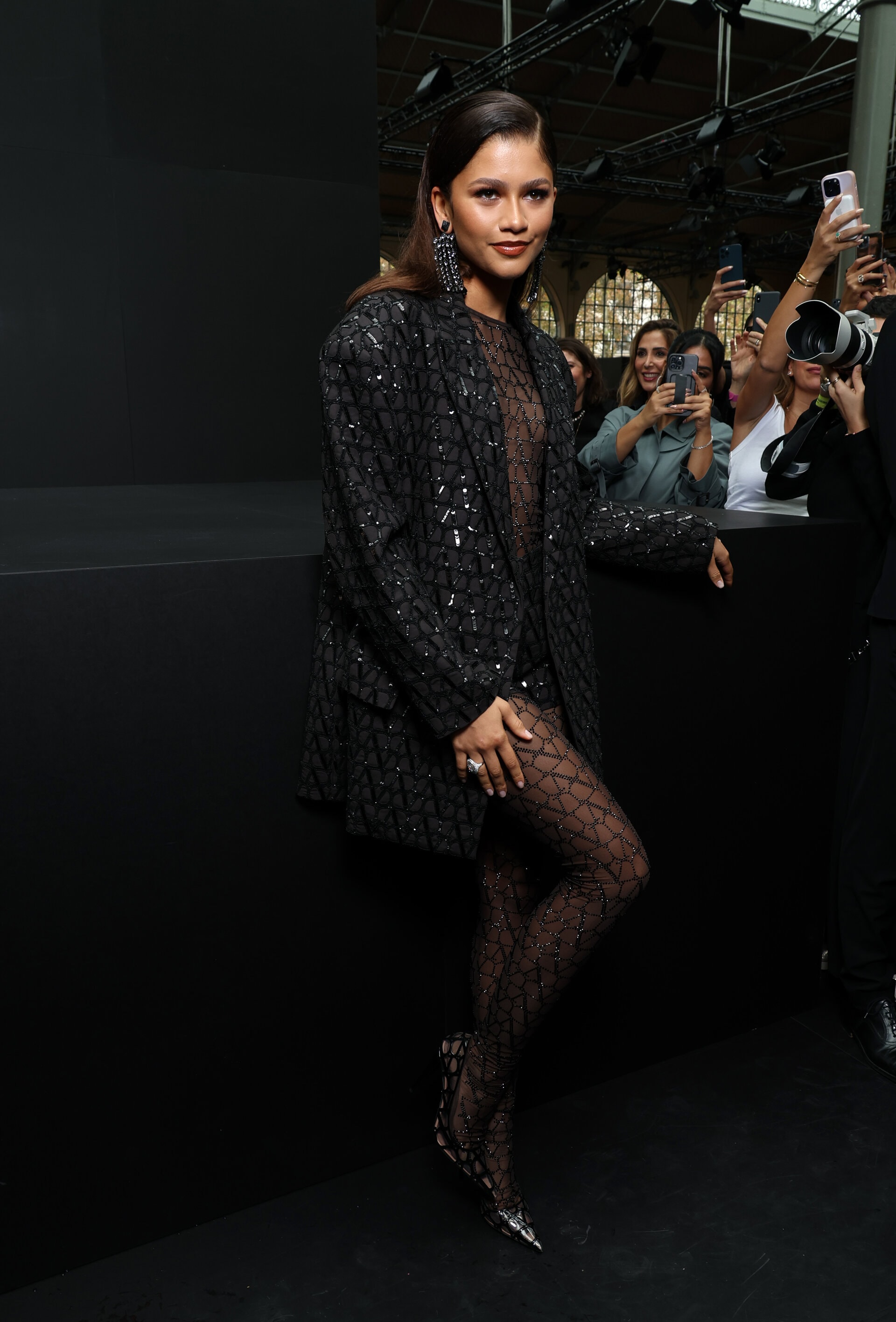 On the work front, Zendaya has been busy with the shooting of Denis Villeneuve's Dune sequel as she will reprise her role as Chani alongside Timothee Chalamet's protagonist Paul Atreides. The film has also added Florence Pugh to its cast along with returning members including Rebecca Ferguson as Lady Jessica, Javier Bardem as Stilgar, and Stellan Skarsgård as the villainous Baron Harkonnen. The film is slated to release in November 2023.