Priyanka Chopra shared glimpses from The White House, while Nick Jonas shared a picture of him hanging out with their daughter Malti Marie. Priyanka Chopra has been treating fans with numerous pictures from her trip to Washington DC. Just yesterday, PeeCee shared a gorgeous mirror selfie in which she looked absolutely stunning in a lime green slit dress. Now, the actress has shared more glimpses from her trip as she headed to The White House. The actress interacted with US Vice President Kamala Harris, at the Democratic National Committee Women’s Leadership Forum, and pictures from the event have surfaced on social media.

The pictures show Priyanka looking beautiful in a yellow dress and matching heels, as she interviewed US Vice President Kamala Harris. They discussed various important issues such as abortion laws, pay parity, and gun reform in the US. During the interaction, Priyanka also shared that in her career of 22 years, she received equal pay as her male co-actor for the first time this year. Priyanka also took to her Instagram stories to share glimpses from The White House. One of the pictures shared by PeeCee shows the west wing entrance of The White House, while the next one shows a beverage she shad, with the presidential seal on it.

Meanwhile, Nick Jonas took time off work to hang out with their daughter Malti Marie. He took to his Instagram story to share a picture from their outing. He can be seen holding baby Malti in his arms, and shared the picture with the caption, “Daddy daughter adventures in NYC.” Check out the pictures below. 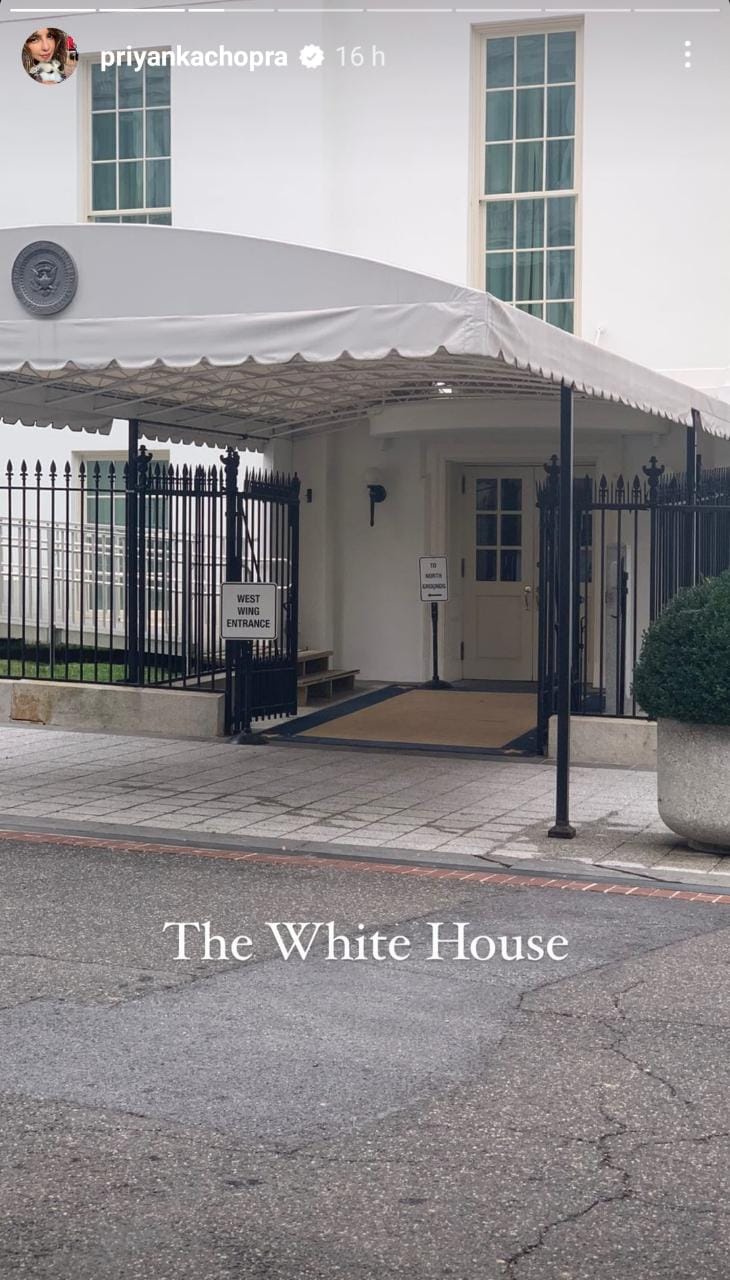 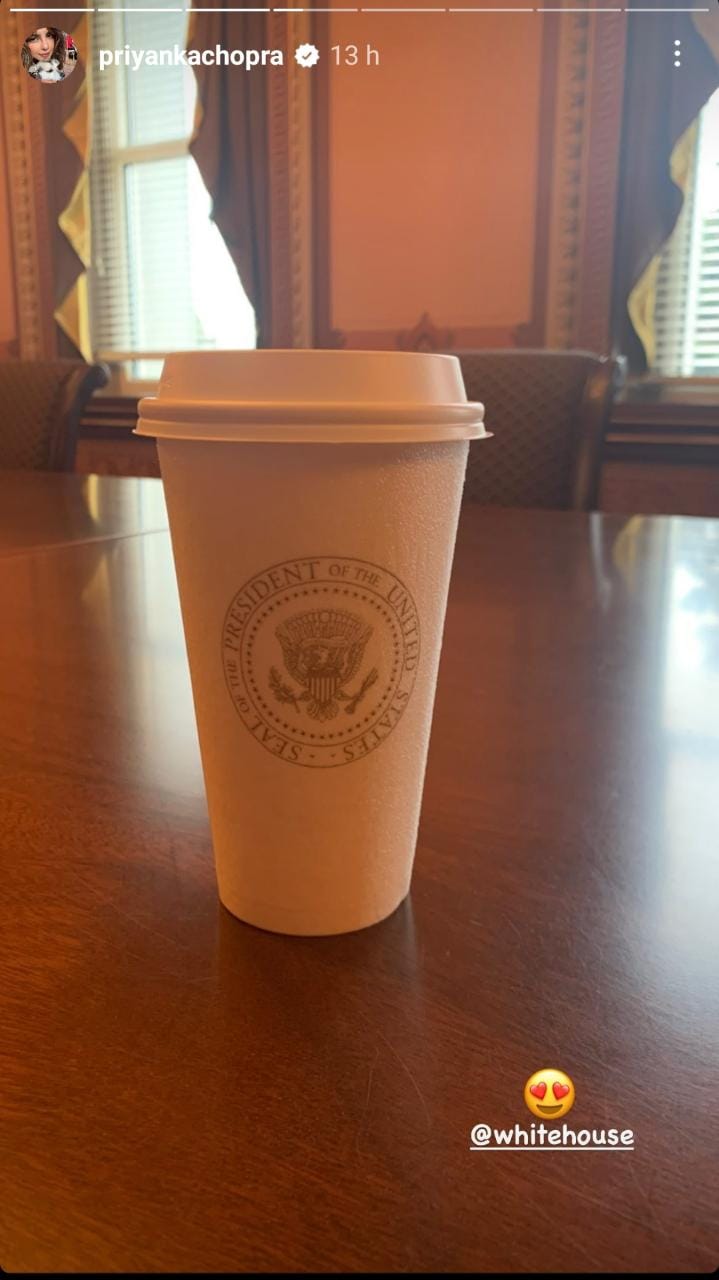 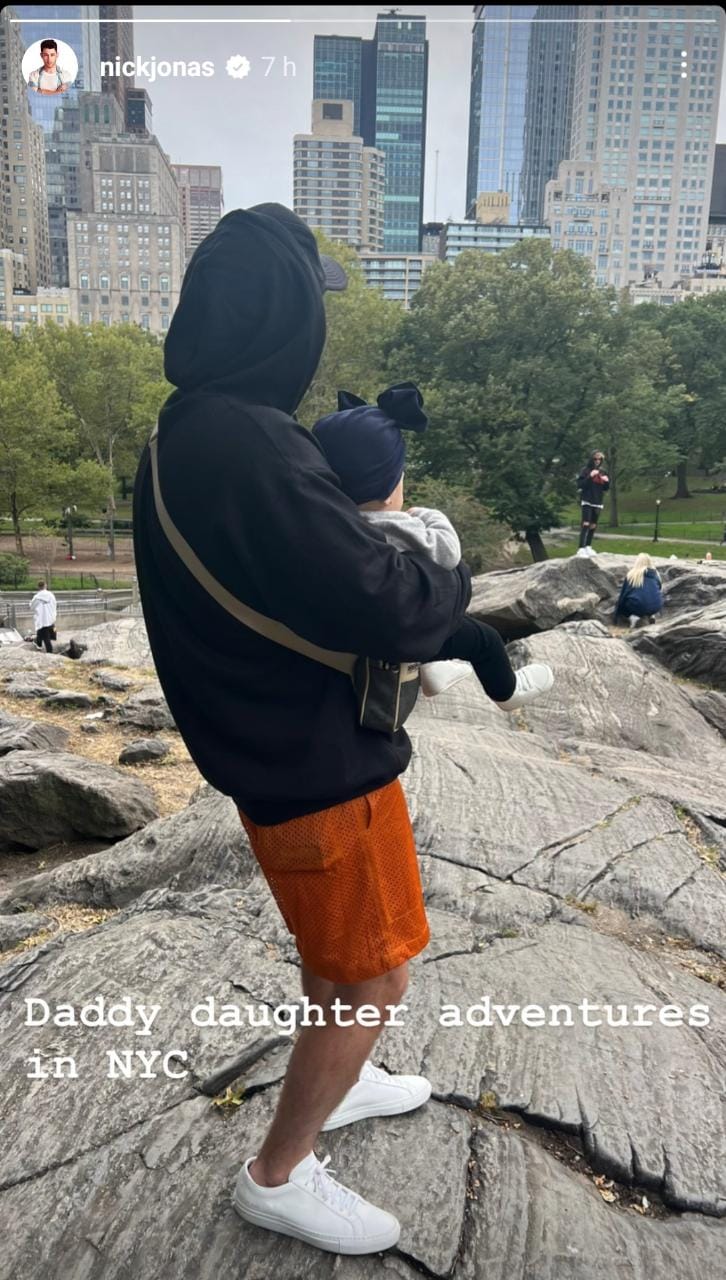 Meanwhile, on the work front, Priyanka Chopra will next be seen in Citadel, which is produced by the Russo Brothers. She also has Ending Things, It’s All Coming Back To Me, and the Bollywood movie Jee Le Zaraa, alongside Katrina Kaif and Alia Bhatt in the pipeline.

ALSO READ: Priyanka Chopra drops sweet PIC with daughter Malti Marie as she takes her on a walk in her stroller

Anonymous
Oct 02, 2022 01:50 PM
Really. Don\'t we have two fakes here. Both women come from privileged backgrounds and do not do back breaking work like the common woman in India.
0 REPLY