The royal brothers reunite once again as they walk side-by-side at the procession for the Queen's coffin. The Queen passed away at the age of 96 at Balmoral Castle.

Paying respects. Following the demise of the UK's longest reigning monarch Queen Elizabeth II on September 8th, the royal family gathered to pay their respects to their late relative. The seven-day national mourning led to an emotional procession on Wednesday when the Lying-in State Queen's coffin was carried on the shoulders of 8 pallbearers to Westminster Castle.

The coffin was carried through the streets of Buckingham Palace. It was accompanied by the grieving royal family including the newly-appointed King Charles III with his son Prince William. The latter is now titled the Prince of Wales and was accompanied by his little brother Prince Harry who walked beside him the whole time. Other royals who were part of the procession beside the three men were the Queen's daughter Princess Anne and the uncles Prince Andrew and Prince Edward. These were also the people who spent the last moments of the monarch by her side as all rushed to Balmoral when the doctors indicated that her health was deteriorating. 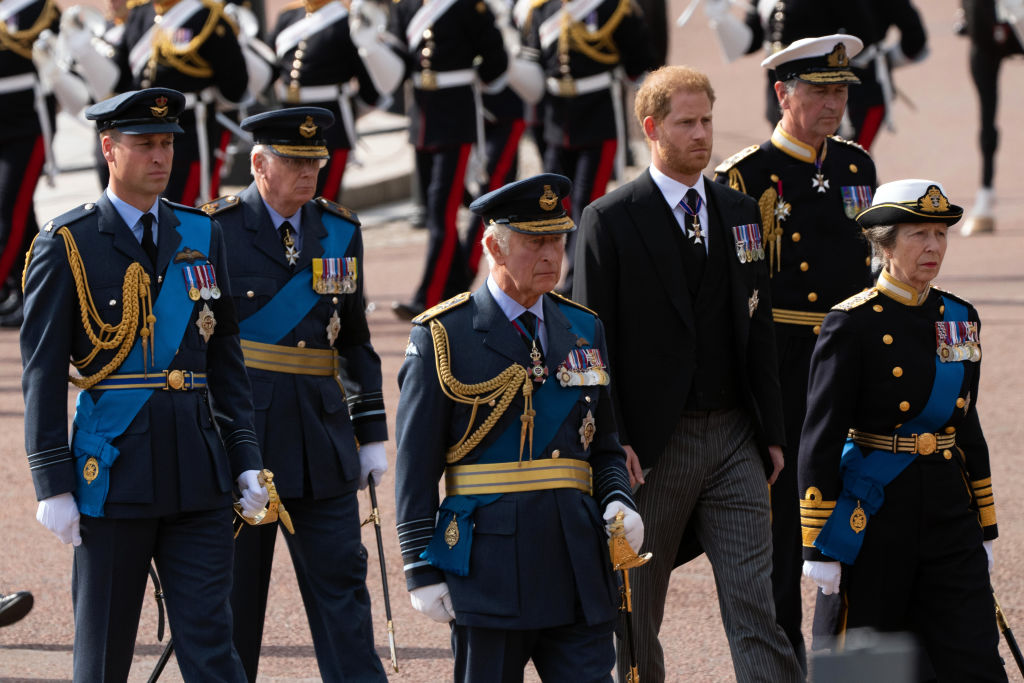 Meanwhile, the moment was significant as Prince Harry who had quit royal life with his wife Meghan Markle back in 2020 was also present at his older brother's side. Recently, rumours of the two having strained their relationship were all over the headlines but when the brothers reunited at Windsor Castle along with their wives a few days back, all hope for a resolution between the two was restored once again. The two couples greeted the crowds gathered outside the Queen's residence as the public flocked around the gates to pay their respects to the monarch.