PeeCee attends Festival in New York City as she takes the stage in a stunning attire. Priyanka Chopra Jonas was the star of the show at the 2022 Fast Company Innovation Festival which took place in New York City. On Friday, the Citadel actress attended day 3 of the festival as she took the stage and imparted her wisdom as a businesswoman conquering new highs with her every step.

Malti Marie's mom was all equipped to be the boss-lady at the panel as she stunned in a striking navy blue suit well-fitting for the occasion. PeeCee is known for her immaculate taste in fashion as she continues to slay her every media appearance with ease all while oozing grace. Priyanka paired the matching blue blazer and pants with a simple black camisole underneath as she stepped out for her speaking engagement. Alongside the understated outfit, the actress kept it simple with her footwear as well as she put on a go-to pair of black shiny heels.

Priyanka adorned her look with thin gold bracelets on each of her wrists alongside a classic pair of gold hoops and a colourful lapel pin on her blazer. For her hair and makeup, the actress let her hair down in beautiful golden curls and decided to compliment the bold colours of her outfit with subtle neutral makeup, keeping it mostly a natural glow. PeeCee's appearance as a speaker on the panel was as impactful as her days in full glam on the red carpets, given the actress' ability to mould her fashion choices just the right amount according to the vibe of the event.

Check out Priyanka Chopra Jonas' stunning appearance in NYC below: 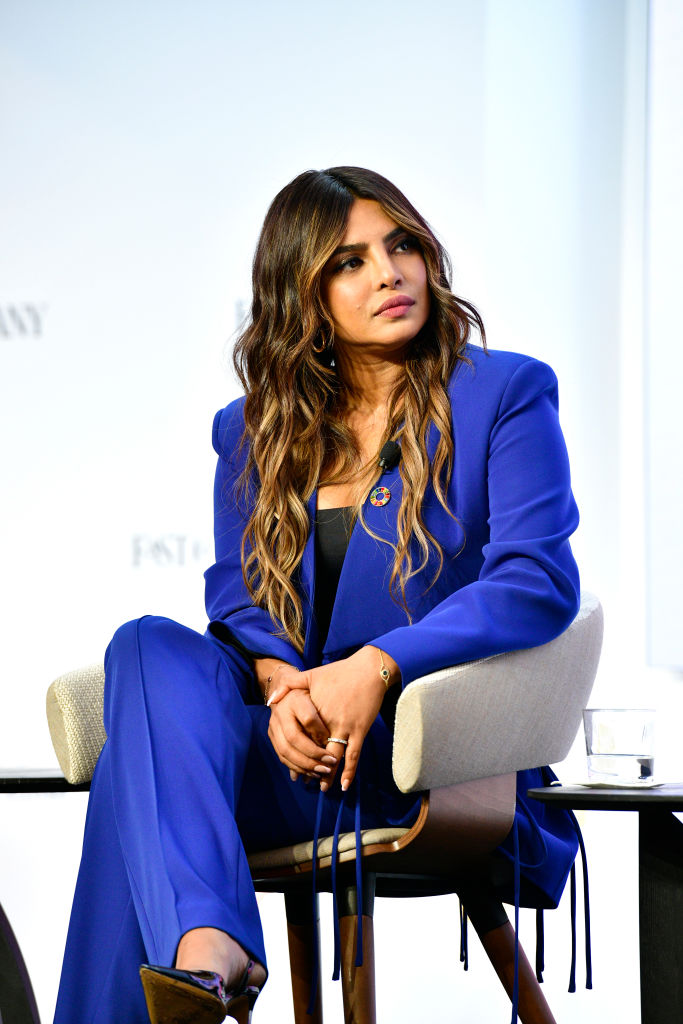 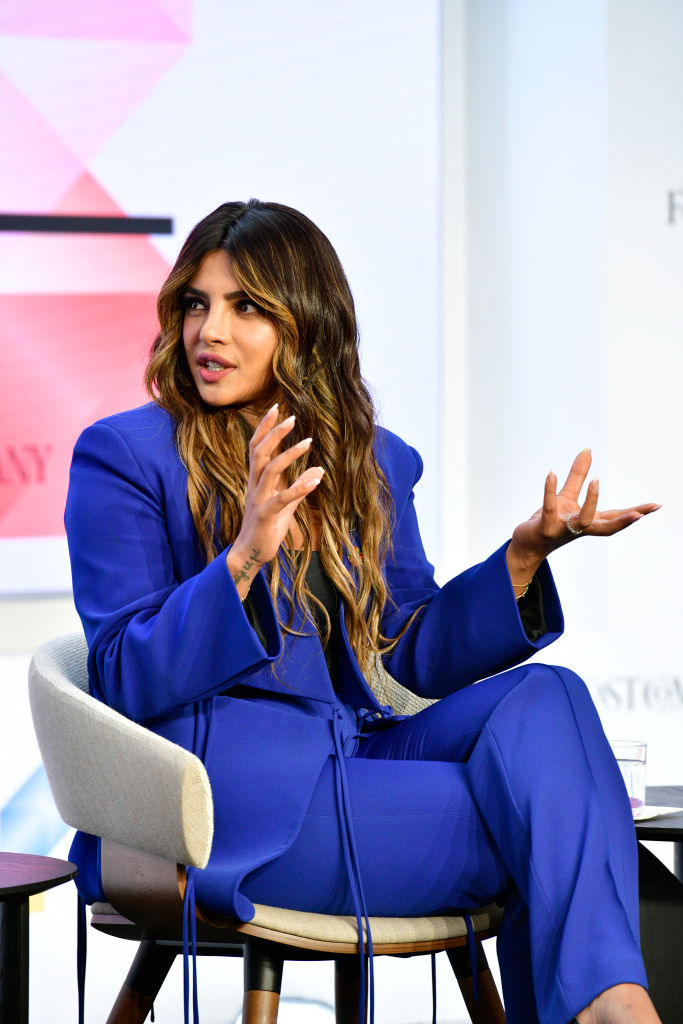