No doubt Tom Hanks has portrayed some legendary roles throughout his acting career. Here are some of his most incredible roles that you shouldn't miss out on! Superstar Tom Hanks is a name that obviously needs no introduction. He is a veteran Hollywood A-lister who has had his fair share of epic roles in the cinematic industry. From comedy to drama and thrilling action - Tom Hanks has given us a vast range of emotions since he began his acting career in the early 1980s. His name is successfully linked to some of Hollywood's biggest critically-acclaimed and commercial movies.

Recently, Tom Hanks made headlines for a couple of reasons. Out of which starring as Geppetto in Pinocchio, a Disney musical fantasy movie, won him a lot of praise. The movie came out on 8 September 2022, and a whole lot of people appreciated his character and acting.

Similarly, there are some other roles of Tom Hanks that have received immense love, respect, and praise from the audience worldwide. And this article lists Tom Hanks' 11 brilliant roles that are a must-watch.

Plus, we have included the trailer of Pinocchio (at the end) in case you haven't watched the movie and decide upon watching it after reading this article!

11 Best iconic roles of Tom Hanks that you must watch at least once!

Winning an Oscar for a role must count for something, right? Well, Tom Hanks won an Oscar for his role as Andy Beckett in the movie Philadelphia, marking his first-ever Oscar award. Andy is a gay man, who has AIDS, and Tom Hanks really did justice to his character.

This polarizing movie gave the audience some deep lessons about life. The movie won the Best Picture award, whereas Tom Hanks won an Oscar for Best Actor. The film is divided between love and hate and is, to date, considered arguable. No matter the views, the movie was and is remembered hugely due to Tom Hanks' lovable and memorable titular role.

3. Tom Hanks as Chuck Noland in Cast Away

It is just Tom Hanks, a volleyball, and you for the entire duration of the movie. Tom single-handedly carries this movie with his remarkable acting as Chuck Noland. Even though some criticize the movie, the role played by Tom Hanks was and will always be incredible and memorable.

4. Tom Hanks as Jimmy Dugan in A League of Their Own

The line "There’s no crying in baseball!” went down in history to become one of the most iconic lines ever spoken. Add this with Tom Hanks acting, and boom! Not only the movie but also Tom Hanks's role as Jimmy Dugan, the grumpy coach, was etched into the sports genre and goes unchallenged to date. Trust us, watching the movie A League of Their Own is probably one of the best ways to utilize your time.

This movie is a heroic war film that created a buzz at the Oscars but did not actually win the coveted accolade for Best Picture. Amidst many famous personalities, Tom Hanks, with his epic performance, stood out and held the attention of viewers towards him. As a leader and as a Captain, he put life and emotion into the role of Captain John H. Miller.

Big is probably one of those movies which skyrocketed the acting career of Tom Hanks. The film came out in 1988 and gave an immense boost to Tom Hanks's career in Hollywood, making him stand out as a superstar. Tom's acting is flawless. Watch it, and you will surely agree that his role belongs in this list of iconic roles by Tom Hanks.

It is a real-life based story based on the Apollo 13 crisis. Jim Lovell was a real person who was an astronaut. In the movie Apollo 13, that role is portrayed by the veteran Tom Hanks. The decision to make this movie was a bit confusing, however, the result paid off when the audience appreciated the movie as well as the acting of Tom Hanks. 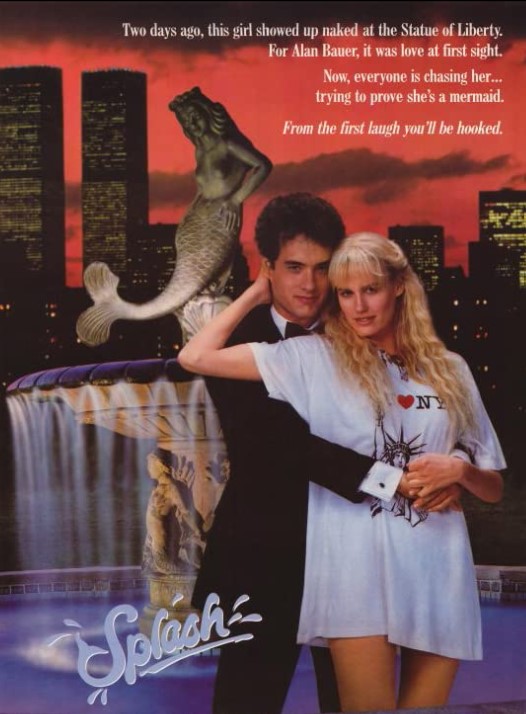 Splash came out in 1984 when Tom Hanks when at the start of his acting career. The movie's character - Allen Bauer - was portrayed by Tom Hanks, and the audience loved it. They appreciated him to point that he got overnight stardom and fame with predictions of him being the future iconic superstar in Hollywood - which, by the way, came out to be entirely true!

9. Tom Hanks as Paul Edgecomb in The Green Mile

The movie, The Green Mile, is hugely remembered because of two people, Michael Clarke Duncan and Tom Hanks. Tom played the character of Paul Edgecomb and got enough praise from the audience to land this role on our list of iconic roles by Tom Hanks!

10. Tom Hanks as Sam Baldwin in Sleepless in Seattle

No one forgot the love-sicken character of Sam Baldwin portrayed by Tom Hanks in this 90s rom-com movie Sleepless in Seattle. The chemistry between him and Meg Ryan was the talk of the town worldwide, and people even wanted to see them together in real life. Such was the power of the roles played by both Tom Hanks and Meg Ryan in this quintessential romantic film.

The movie, Captain Phillips, was nominated for numerous Oscar awards. However, Tom Hanks did not receive any award for his role as Captain Richard Phillips. The only reason was that by the time this movie came out, the people's expectations from Tom Hanks had risen beyond limits. And whatever he did was somehow considered mediocre. But, let us tell you, in no way is this movie and Tom Hanks acting as Captain Richard Phillips less. Once you watch it, you will realize that this film is one-of-a-kind.

That's all folks. This was our list of 11 brilliant roles by Tom Hanks that are a must-watch. Which Tom Hanks role do you love? Tell us in the comments section below.