Queen Elizabeth II was given one of the largest state funeral services in the history of the UK; Check out the top 4 highlights right here! Below are the top 4 highlights of the state funeral service of Queen Elizabeth II, which was held in Westminster Abbey in London. Check them out.

To start the funeral service, Queen Elizabeth II's coffin was transferred from Westminster Hall (where it initially was) to Westminster Abbey, where the official funeral service happened. The coffin was carried on a state gun carriage by 142 Royal Navy personnel along with a procession with bagpipes and muffled drums. The journey took eight minutes and thousands of citizens lined up on the road to see one of their longest-reigning monarchs for the last time. 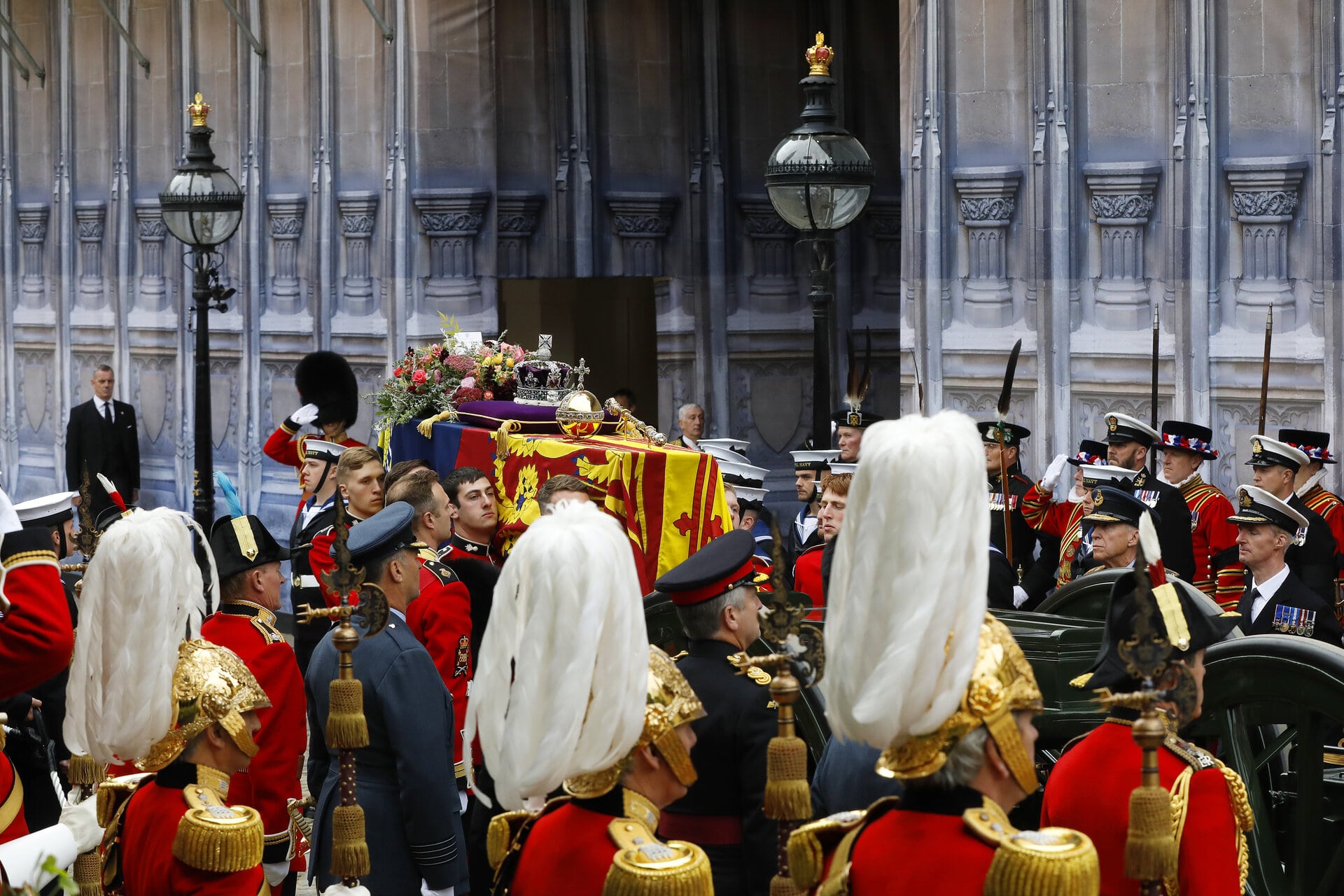 The coffin was draped with the royal standard upon which there was the Imperial State Crown, the scepter, and the orb. These items remained on the late monarch's coffin during the funeral service. 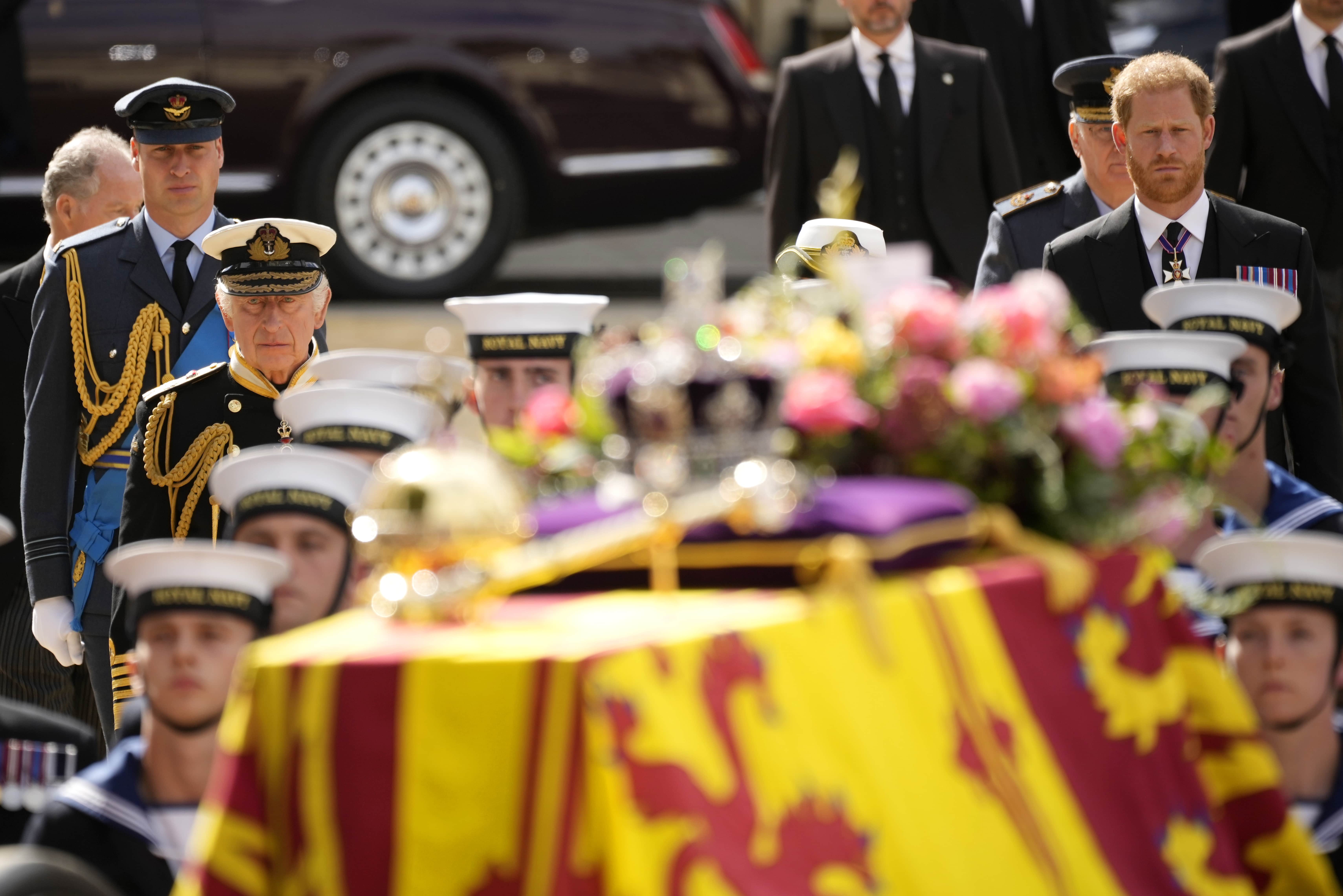 There were other members in the procession that included the Queen's grandson, Peter Philips, and the Queen's nephew, the Earl of Snowdon. Other members were the Queen's great-grandchildren, including the 9-year-old Prince George, who is currently second-in-line for the throne. All the members of the Royal family marched down the central aisle of Westminster Abbey where Queen Elizabeth was crowned and married.

During the state funeral affairs in Westminster Abbey, London, the Archbishop of Canterbury said a few kind words about the Queen and praised her for her long reign. In his sermon at the Queen's state funeral, the Archbishop said that Elizabeth served the role of a servant leader by following the pattern set by Jesus Christ.

"The pattern for many leaders is to be exalted in life and forgotten after death, the pattern for all who serve God," the Archbishop said. "Her late majesty's example was not set through her ambition...but through whom she follows," he further added.

Following the kind words, the Archbishop of Canterbury borrowed Queen Elizabeth's words that she said in her speech to the people during the initial days of the Coronavirus-led pandemic to end his speech.

"All who follow the queen's example and inspiration of trust and hope in God can with her say, 'We will meet again,'" he concluded.

Speaking about the seating arrangement for the members of the Royal Family, King Charles III, Camila, the queen consort, and the king's siblings were seen sitting in the front row and to the immediate right of the Queen's coffin during the funeral service. Beside them, stood the Prince and Princess of Wales along with their children Prince George and Princess Charlotte.

Prince Harry and the Duchess of Sussex, Meghan Markle, on the other hand, were seen sitting in the second row during the state funeral. Moreover, unlike Prince William, Prince Harry did not wear his military uniform, considering his current position in the Royal Family.

Other significant individuals like the President of the USA Joe Biden, Canadian Prime Minister Justin Trudeau, French President Emmanuel Macron, the King of Spain, Japan's emperor Naruhito, and the Sultan of Oman have also been seen mourning at the state funeral. More than two thousand guests attended the state funeral which ended with two minutes of silence for the whole nation and the UK's national anthem.

So, these were some of the top highlights of the grand funeral service of Queen Elizabeth II. Following the commencement of the funeral service, the initial preparations for the Queen's commital service began. The coffin is expected to be transferred to Windsor Castle, where the Queen will be buried beside her late husband, Prince Philip, who passed away last year.

When did Queen Elizabeth II die?
Queen Elizabeth II died on September 8, 2022.
When did King George VI die?
King George VI, Elizabeth's father and the former King of England, died on February 6, 1952.
When did Prince Philip die?
Prince Philip, the Queen's husband, the Duke of Edinburgh, and the former king consort of the UK, died on April 9, 2021.
Advertisement
You May Like This