Halloween is just around the corner, and what better way to prepare yourselves than by indulging in some spine-tingling horror shows like Chucky? There certainly is something intriguing about the horror genre. This genre has been in all the cinema industries worldwide - be it Bollywood or Hollywood - for ages. With movies and shows like Midnight Mass, The Haunting of Hill House, and Chucky, the horror genre has maintained its strong footing, giving chills and shivers even to the bravest of people, and has remained undefeated to date.

Contrary to what people might believe, watching horror shows and movies is truly great for your mind and body. Unlike the pleasures of other genres, horror shows and movies give you a rush of adrenaline and dopamine, which, as per studies, actually helps to uplift your mood. Add this to the excitement of learning or discovering something about the human brain, psychology, or the unknown world and species.

That is also one of the reasons why people celebrate Halloween, the day of the dead, paying their regards while expecting to witness something scary happen. Apart from dressing as your favorite spooky character and decorating your house, why not indulge in some terrifying horror and spooky shows like Chucky - yes, our very own legendary and iconic cult doll is back in action!

Isn’t the trailer spine chilling? So, without further ado, let us get on with our curated list of the best horror series that you must watch at least once. The question is can you watch these horror shows alone?

Marianne is a drama, horror, and mystery television series revolving around a popular horror writer who is tempted back to her hometown only to find out that the evil characters haunting her in dreams are real, wreaking havoc and causing supernatural tragedies. It is a French horror show and is one of the best-rated horror shows like Chucky that you must watch.

Servant is a drama, mystery, and horror series revolving around a Philadelphia couple who starts facing a mysterious force of evil after going through an unspeakable tragedy of the death of a family member. The dysfunctional set-up and the element of supernatural horror like Chucky together add drama to this horror show.

Creeped Out is an action, adventure, and crime television series consisting of intriguing tales about enchanting and spellbinding. In this anthology series, every episode tells a unique story with different characters (set in different times and places) exploring the unexplained. This horror show covers everything from fantasy and science fiction to thriller, crime, and horror themes (just like Chucky), making it creatively stimulating to watch, especially for the younger generations.

JU-ON: Origins is a Japanese horror show playing around the themes of drama, horror fiction, and mystery with deep plots focussing on a paranormal researcher who is hunting for a cursed house that, years ago, hosted a terrible tragedy for a woman and her child. This horror show is one small part of the huge JU-ON franchise, which also produced the immensely famous film JU-ON: The Grudge. JU-ON: Origins is actually a remake of JU-ON: The Curse, a 2000 film. The series has several jump-scares making it similar to Chucky and a must-watch for all horror lovers!

5. I Know What You Did Last Summer

I Know What You Did Last Summer is a drama, mystery, and horror series (based on a novel) revolving around a group of teenagers who endure a fatal and unfortunate accident on the night of their graduation. Now one year later, they are being stalked by a mysterious killer. Like Chucky, this horror show also follows a series of murders with a lot of jump-scares.

The horror series Chucky premiered on 12 October 2021 on SyFy and USA Network. This 10-episode horror show, inspired by the Child's Play franchise, revolves around Jake Wheeler, a 14-year-old high-school student with artistic interests, who finds Chucky in a suburban yard sale. Being an artist, Jake thought of incorporating the doll into a sculpture. However, things soon take an ugly turn when the horrific doll, Chuky, starts terrifying and murdering people leaving behind chaos. 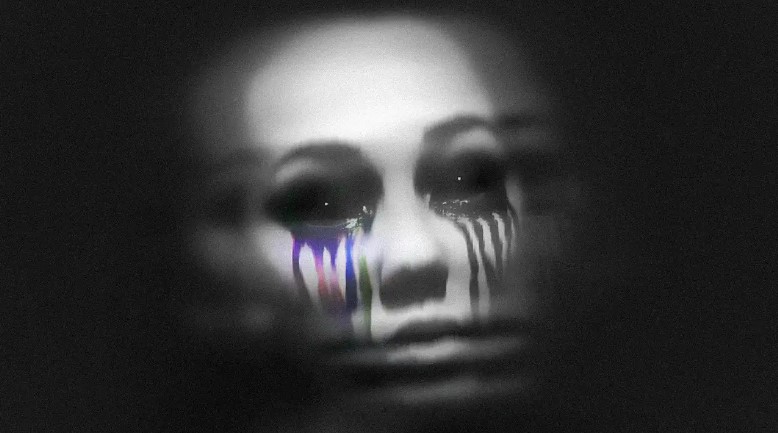 Do you like horror shows and movies? Which one is your favorite horror series or movie? Tell us in the comment section below!

What is the scariest TV show?
The Exorcist and Haunted are amongst the scariest TV shows to watch.
Which horror series should I watch?
Requiem, Behind Her Eyes, The Purge, The Haunting of Hill House, The Haunting of Bly Manor, and Ratched are some of the horror series that you can watch.
What was the first horror show?
The Quatermass Experiment (1953)
Are there any horror series on Netflix?
Yes. You can watch Stanger Things, The Haunting of Hill House, Slasher, FERIA: THE DARKEST LIGHT, Hellbound, MARIANNE, and many more such horror series on Netflix.
Is Dark a horror series?
No. The series Dark is based on the concept of time travel.
Is Stranger Things scary?
The series, Stranger Things, showcases frequent deaths, monster/slasher-type scares, gruesome murders, and intense gore. So, it is not necessarily scary, however, some scenes are cruel and terrifying.
Is American Horror Story scary?
When American Horror Story came out, it was one of the scariest TV series. However, the middle seasons just lost the horror. Luckily, season 10 of American Horror Story brought back the horrifying storyline, the chills, and the scares.
Who invented horror?
Horace Walpole invented the horror genre.
Advertisement
You May Like This 31 Best books that haven’t been turned into movies...
Which movies are leaving Netflix in October 2022?