Melanie Jayne Lynskey is a New Zealand actress who is known for portrayals of complex women. She has received multiple awards and nominations. Melanie Lynskey stars as one of the most significant characters in Showtime's popular psychological drama series, Yellowjackets, which has taken the world by storm. Ashley Lyle and Bart Nickerson exclusively made the series for Netflix.

The series centers around a squad of New Jersey high school soccer players whose plane crashed in the Canadian wilderness while heading to Seattle in 1996. They had to survive for nearly nineteen months in the woods. The series explores the many secrets they left back in the wilderness and weaves in and out of their current lives in 2021. These secrets seem to have come back to haunt them.

The storyline of Yellowjackets is gripping, and the actors give outstanding performances. The series has received nominations for seven 2022 Emmy awards. It's unclear how many Emmys the sitcom will win despite having a long list of accolades to its name.

Let's look at one of the most well-known Yellowjackets actors, Melanie Lynskey, and learn some lesser-known facts about the actor before the Emmy Award Ceremony on September 13, 2022.

5 things you should know about Melanie Lynskey 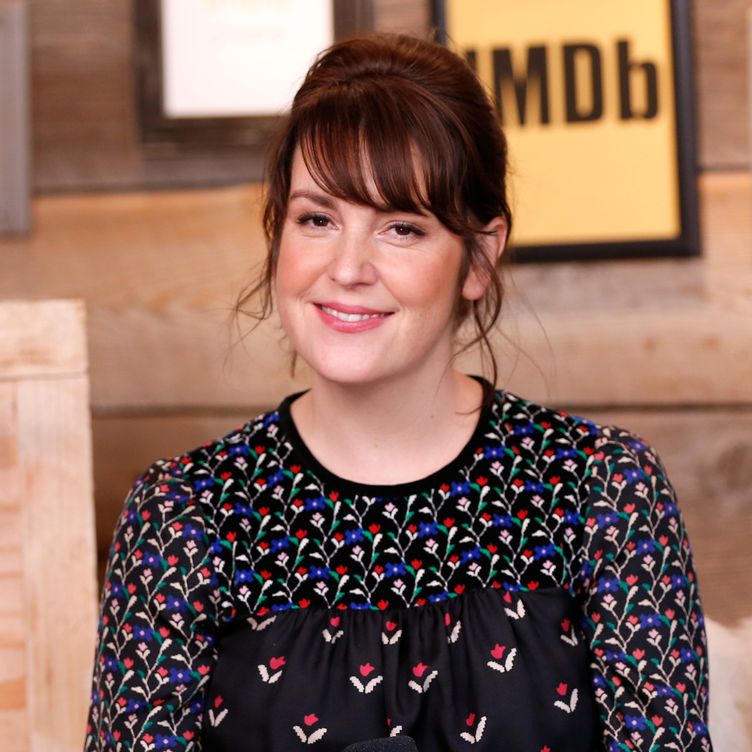 At a young age, Melanie Lynskey made her big-screen acting debut. She started performing in school plays when she was six years old, and her first acting role didn't come until she was a senior in high school. Before finding Lynskey, the casting directors for the New Zealand biographical and psychological drama Heavenly Creatures had interviewed over 500 applicants.

They were drawn to her by her piercing gaze and commanding presence on screen, and they gave her the starring role opposite Kate Winslet. Widespread praise for her first movie, which starred newcomers Winslet and Lynskey as the leads, came from critics. Numerous awards were bestowed upon the movie, and the screenplay was nominated for an Academy Award.

2. Lynskey has won more awards than one may anticipate 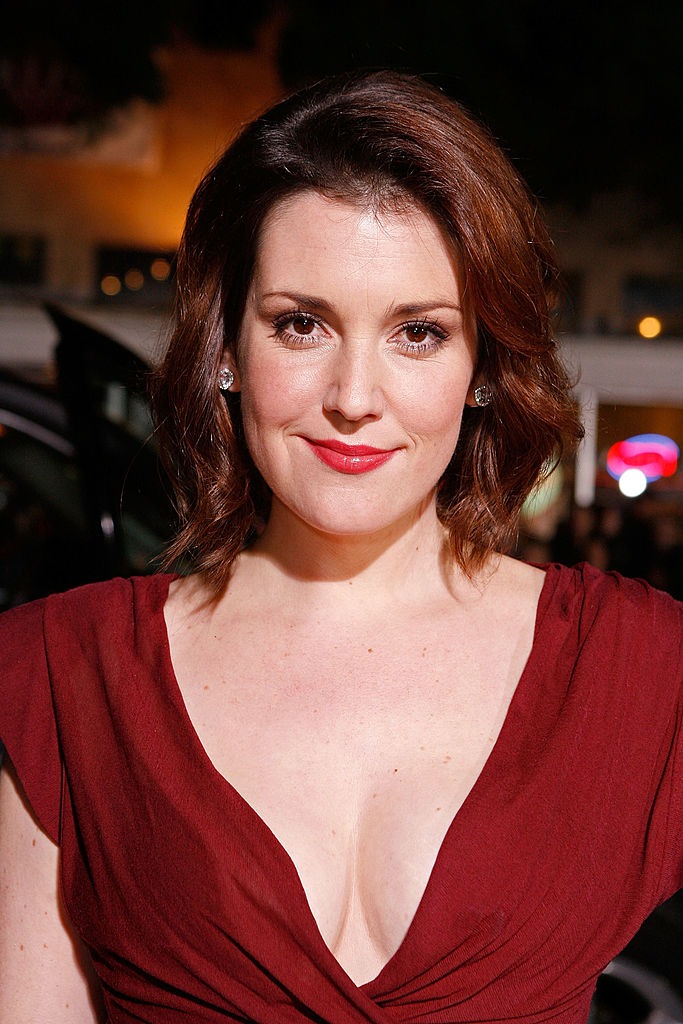 Melanie Lynskey's acting prowess is undeniable. A testament to that is the great reception her debut film received from reviewers and viewers, with special acclaim for her acting. She even received the Best Actress Award from the New Zealand Film and Television Awards for her portrayal of the reclusive murderer in Heavenly Creatures.

Following this, Lynskey has had an extensive career spanning over two decades and has delivered many notable performances, albeit mostly in support roles. She has established a solid reputation for herself in the world of independent movies. She has won more than a dozen accolades over the years and has been praised for her performances.

She has gotten numerous awards for both her prior ventures and her most recent work in Showtime's Yellowjackets, which has been a huge success and garnered countless accolades. They consist of The Intervention (2014), Over the Garden Wall (2014), Away We Go (2009), The Perks of Being a Wallflower (2012), and (2016). 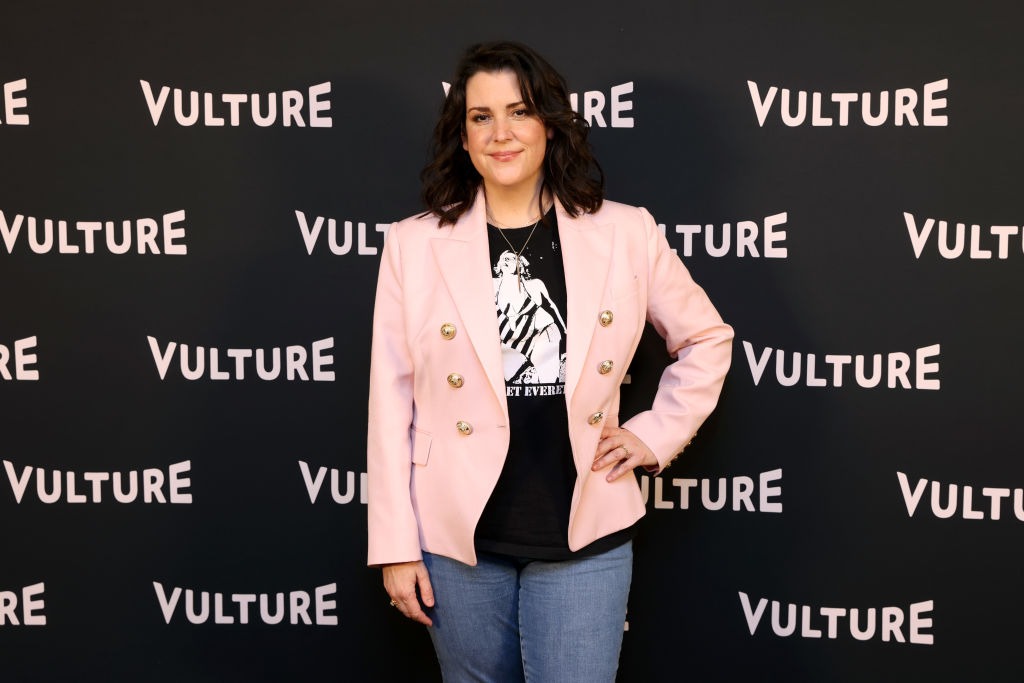 Even though Melanie Lynskey's parents, an orthopedic surgeon and a real estate agent, made for a relatively comfortable upbringing, it wasn't always smooth sailing. She converted to vegetarianism at the age of 10 after learning about sheep farming. She now follows a pescatarian diet, which consists solely of fish as the animal meat supply for an otherwise vegetarian diet.

She had an eating disorder and had battled it for years. In an interview with People magazine in 2016, Lynskey talked openly about the stereotypes and pictures of women in the industry and how they were bad for people's physical and mental well-being. She sank to a pitiful 58 kg because of her eating problems to meet these ideals before she realized how much it was harming her health.

4. Her most notable roles to date

Melanie Lynskey has a long career spanning more than two decades and has portrayed several well-known characters. Following the enormous influence that her debut in Heavenly Creatures had on the business, Lynskey took a three-year break to finish university, which might have had an impact on her career. But she quickly secured a part opposite Drew Barrymore in Ever After (1998).

One of her most recognizable performances was as Rose, the eccentric but charming neighbor on the CBS sitcom Two and a Half Men. She continued to make regular appearances until the second season and remained one of the audience's favorite characters up until the series' last episode.

Melanie Lynskey is especially noted for her recent role as Dr. Randall Mindy's wife in the 2021 Netflix satirical comedy film Don't Look Up. Her part in Yellowjackets, though, could simply be the one that defines her career the most. She won several accolades for Shauna Shipman, and the crowd and critics both praised her performance. She has additionally appeared in Candy, a limited-run true-crime series on Hulu. 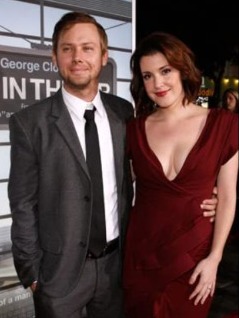 James Raymond Simpson and Melanie Lynskey were wed for five years, from 2007 until 2012, before they decided to separate. They first connected while working on the miniseries Rose Red in 2001. They became engaged in 2005 and decided to wed in a chapel in 2007.

She revealed the news of her engagement to her boyfriend, American actor, and producer Jason Ritter, in February 2017. By that point, they had been dating for four years. In December 2018, the couple welcomed their first child, and they later got married in 2020.

Melanie has appeared on a lot of shows and collaborated with qualified professionals. She is praised for being a decent person, both as an actress and as a person, with a great professional life and even better personal life.

Also read: Yellowjackets star Melanie Lynskey REVEALS she was body-shamed on the sets of Coyote Ugly: It was ridiculous

How did Melanie Lynskey get famous?
Outside of film, Lynskey achieved fame with her recurring portrayal of Rose on the CBS sitcom Two and a Half Men (2003–2015). From 2015 to 2016, she starred as Michelle Pierson on the HBO series Togetherness, for which she was nominated for a Critics' Choice Television Award.
Who plays adult Shawna in Yellowjackets?
Melanie Lynskey
Does Melanie Lynskey have a child?
Lynskey confirmed her daughter's arrival later that month, revealing that the little one was born in December 2018. “We feel lucky to have been able to have our news just be for friends and family for a while, but I guess the story got out, so! Yes!” the Two and a Half Men alum tweeted in January 2019.
What is Melanie Lynskey's net worth?
$5 million
How did Jason Ritter and Melanie Lynskey meet?
Melanie Lynskey and Jason Ritter are Hollywood couple goals. The duo first met while costarring in the dramedy The Big Ask in 2013. They started dating shortly after and went on to star in two more movies together — the 2014 rom-com We'll Never Have Paris and 2016's The Intervention.
Advertisement
You May Like This Chef's Table: Pizza: Everything you need to know a... 7 Shows like High School Musical Series you must s...