Hands down, John Legend is one of the most successful R&B artists of all time, giving us superhits like All Of Me. Yeah, we do love all of him; that's why here is our curated list of his top legend-ary songs that will give you all the feels! This self-titled album, Legend, is a dynamic and epic double album comprising 24 songs loaded with an unabashed atmosphere of joy and sexuality and is inspired by the absolute vulnerability of praise and the rawness of suffering and healing. The album structure consists of two acts, i.e., the delights and pleasures of Saturday night and the somber sensations of Sunday morning. Basically, Act I is more uptempo and physical - full of self-absorption and adventure. Whereas Act II is completely contrasting and introspective, emphasizing soulfulness and healing.

John-Roger Stephens has dedicated his career to living up to his iconic stage name, John Legend, and today he (indeed) is regarded as a living legend. Despite his self-doubts, John is unquestionably one of the most successful R&B artists of all time - his songs and a total of seventeen Grammy awards are solid proof!

To further celebrate his album release, let us take a walk down memory lane to explore the top 5 John Legend songs that will give you the best R&B vibes!

Obviously, this classic love song had to top the list of John Legend's best songs of all time.

He wrote this song when he realized he was madly in love and excited about his upcoming marriage to Chrissy Teigen. John poured his love, feelings, and passion for his wife into this song, and to date, it is one of the purest forms of love letter ever written. I mean just look at these lyrics -

"Cause all of me Loves all of you

Love your curves and all your edges

All your perfect imperfections

Give your all to me I'll give my all to you

You're my end and my beginnin'

Even when I lose, I'm winnin"

What are these lyrics even? Can they get anymore better? Every person alive has listened to the song on repeat - slightly hoping to hear these words or feel this way by their beloved or relive some magical moments of their beautiful relationship. Whatever the reason, the song is literally one of the BEST songs ever written by John Legend. The song ranked 3rd on the US Billboard Adult R&B Songs Chart, making it one of John Legend's greatest hits of all time. Fan or no fan, you simply cannot resist the urge to listen to this song or groove on it if you think of love songs.

Yet another one of John Legend's greatest hits, Ordinary People, is simple in terms of composition and arrangement but has one of the most uncertain sounding recordings. The song lyrics have spontaneous phrasing, highlighting the ups and downs that every relationship goes through. Everyone who has struggled to keep a relationship going struck a chord with these lyrics -

"I know I misbehaved and you made your mistakes

And we both still got room left to grow

And though love sometimes hurts

I still put you first

And we'll make this thing work

But I think we should take it slow

This was amongst John’s first singles and was a massive hit, earning him a Grammy award in the category of "Best Male R&B Vocal Performance" in 2005.

One thing that almost every person in the audience agrees with is that John Legend is an absolute master when it comes to compositions that are soft, slow, emotional, raw, and pure. He simply has the gift of swaying away his listeners into a world full of love, rhythm, and melody. And another example of exemplary lyrics is his song, Number One, of his debut album, Get Lifted. The song, however, has Legend's signature emotional feel but is also full of upbeat tune, optimism, nostalgia, melancholy, joy, and pain - altogether making it one of the top 5 John Legend songs that will give you the best R&B vibes!

"Out of all the girls

You're my one and only girl

Ain't nobody in the world tonight

All of the stars

Ain't nobody in the world but you and I

Ain't nobody in the world but you"

How often have we praised the women in our life like this? More importantly, how many times have the females wanted to hear their partners express their genuine feelings? The lyrics, indeed, go way beyond love and expression, marking it as one of the most beautiful tributes to women worldwide. This song even took John's career to another edge, making it one of the greatest R&B songs ever written by John Legend!

John Legend surely has the talent to be complacent with his musical developments. He makes sure to constantly explore new ideas that urge and challenge him to different creatives with new sounds. And the result is one such masterpiece, Hang On In There, featuring The Roots. The song shines a light on John Legend as a brilliant composer and legendary musician. John won Best Male R&B Vocal Performance for this song at the 53rd annual Grammy Awards, and the album, Wake Up!, won the best R&B album award!

Trust us, this song is dynamic and touches your soul at all levels. If you ever feel low or think of giving up, just close your eyes and listen to the lyrics. Let your tears free you of your grief and burden, and -

Ah I said hang on (hang on in there)"

Some other best John Legend songs of all time

John Legend has undoubtedly given us a lot of the greatest hits to talk about and groove on, irrespective of our mood throughout the day. From his top R&B solo collection to his collaboration with popular artists like Kanye West, JAY-Z, Saweetie, Amber Mark, Jazmine Sullivan, and Rapsody - John has never disappointed his devoted fans. 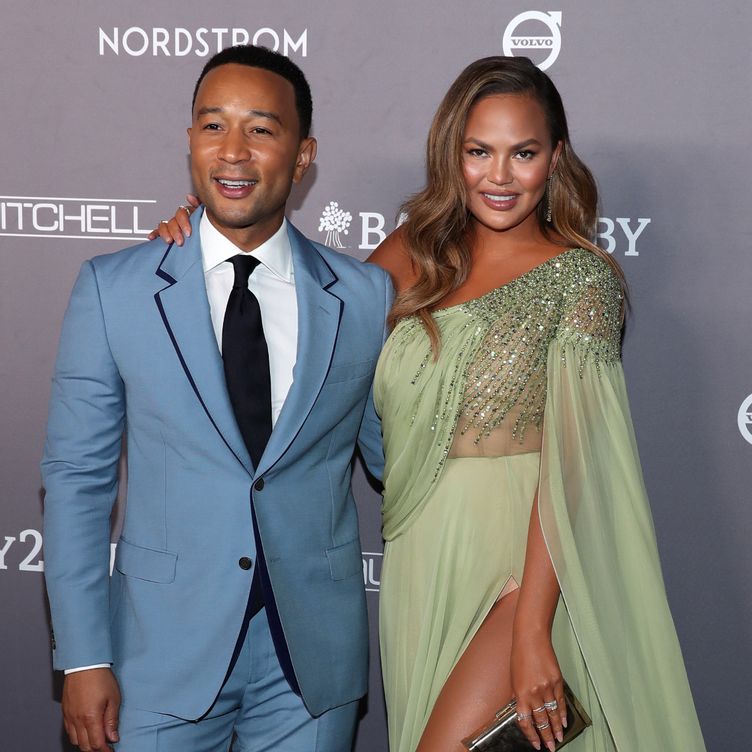 While John Legend is expecting third child with his beloved wife, Chrissy Teigen, let us celebrate their happiness, respect their struggles, and meanwhile divulge in some of the greatest, hit, and top John Legend songs that will give you the best R&B vibes!

Which is your favorite song by John Legend? Tell us in the comment section below, and remember - all of us at Pinkvilla, love all of you!

Anonymous
Sep 22, 2022
Stay, Everybody knows and So High. Personally, I think this latest Album is his best work.
0 REPLY