In this week's Vintage Point, Pinkvilla travels back to 1994 and shows you a 21-year-old Aishwarya Rai Bachchan meeting Nelson Mandela, the late President of South Africa. Next month, it will be 28 years since Aishwarya Rai Bachchan made India proud by being crowned Miss World. Almost three decades in, the drop-dead gorgeous and uber-talented actress has an incredible repertoire of movie performances to be plenty proud of and which put her on the global map. In this week's Vintage Point, Pinkvilla travels back to 1994, when a then 21-year-old Aishwarya Rai Bachchan met Nelson Mandela during the Miss World pageant...

Representing India during Miss World 1994, Aishwarya Rai Bachchan was a hot favourite to win amongst the other contestants from across the globe. The prestigious beauty pageant had taken place in Sun City, South Africa. During an event, Aish met Nelson Mandela, the late President of South Africa and famed anti-apartheid activist. We got our hands on a heartwarming photo of the two personalities meet, with Rai flashing her pearly white teeth while shaking hands with Mandela. Aishwarya looked classy beyond belief in a purple blazer paired with a black long skirt and huge silver earrings. With minimal makeup given a pop of colour using pink lipstick, Rai's formal attire was made perfect with her hair tied in a neat bun.

Check out Aishwarya Rai Bachchan meeting with Nelson Mandela in 1994 during the Miss World pageant below: 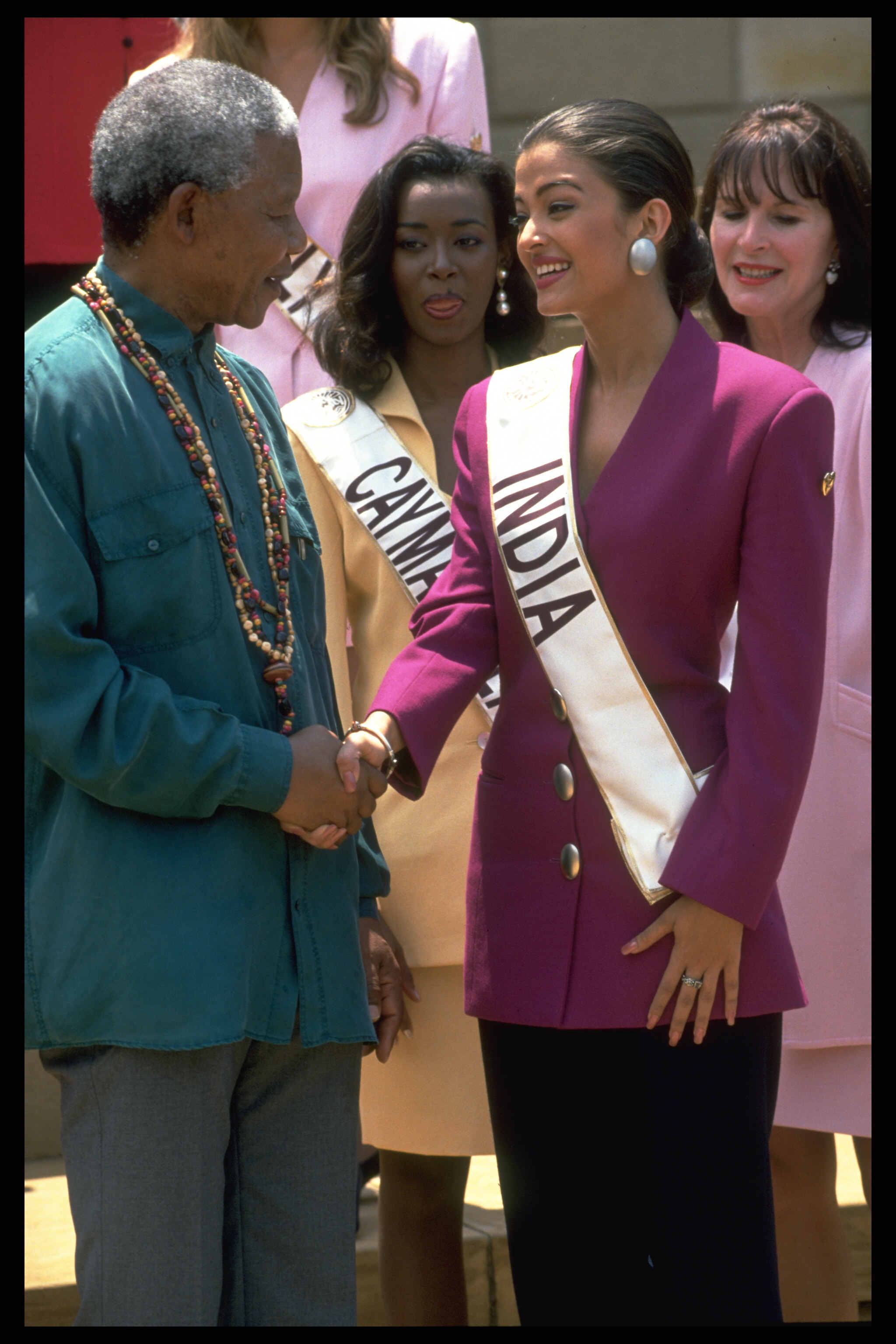 Whether it be 1994 or 2022, Aishwarya Rai Bachchan's exquisite beauty remains timeless!