Will Smith and Jada Pinkett Smith walked the red carpet for the first time since their Oscars controversy as they attended the Emancipation premiere with family in Los Angeles. Will Smith arrived at the premiere of Emancipation along with his family including wife Jada Pinkett Smith and kids, Trey Smith, Jaden Smith and Willow Smith. The premiere attendance marked the first time that Will and Jada walked the red carpet together following the Oscars slap incident. The actor recently also opened up about it in an interview.

At the Emancipation premiere, Will arrived on the red carpet dressed in a maroon three-piece suit and a pink dress shirt. The actor was accompanied by his wife Jada who opted for a white ballgown which featured a jeweled embellishments. It turned out to be a family night for Will as he was also supported by children, Jaden and Willow, as well as son Trey, whom he shares with ex Sheree Zampino.

Check out Will Smith and Jada Pinkett Smith at Emancipation premiere photo here: 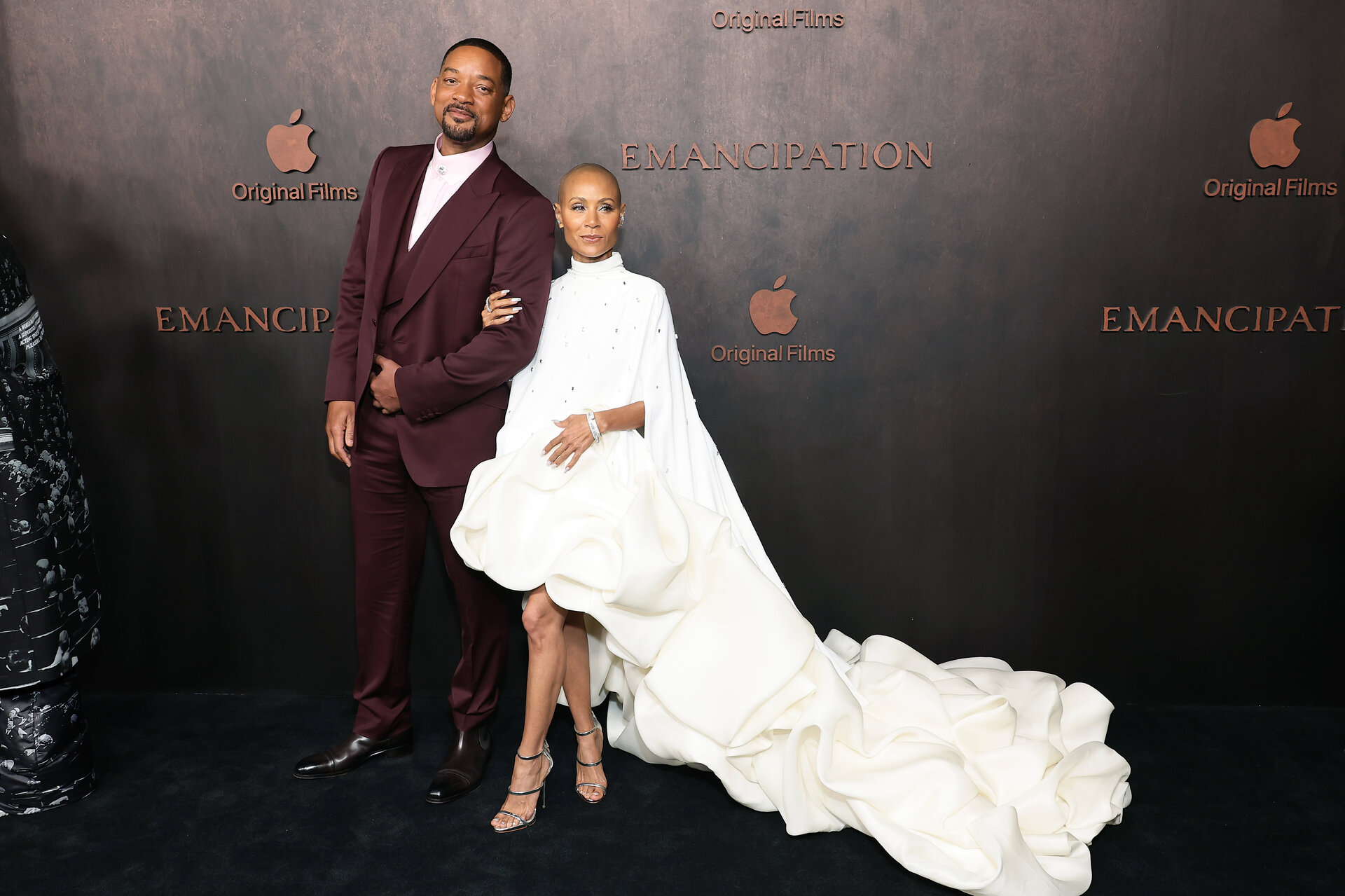 Emancipation is Smith's first big release after he won the Best Actor Academy Award this year. It turned out to be a strange night for the actor considering he not only won the biggest honour of the night but also courted controversy after he slapped comedian Chris Rock on stage for cracking a joke about his wife Jada Pinkett Smith.

Recently, Will Smith also opened up about the "horrific" Oscars night as he spoke about the same on The Daily Show with Trevor Noah. The actor stated that his reaction was a result of "bottled rage." Smith explained, "It's like -- there's all these things, and they're strangers, and you just don't know what is going on with people. And I was going through something that night. Not that that justifies my behaviour at all."

Will previously also apologized to the comedian releasing a video on social media and calling his behavior "unacceptable." He expressed his deep remorse and said, "I can say to all of you there is no part of me that thinks that was the right way to behave in that moment."

ALSO READ: Will Smith speaks out on 'horrific' Oscars night, reveals what triggered the infamous slap

Vivica A. Fox calls out Jada Pinkett Smith's 'self...