Hyeri, Lee Jun Young, Lee Kyu Han and Song Deok Ho are all smiles in new poster for ‘May I Help You’

MBC released the group poster for the upcoming slice of life fantasy drama ‘May I Help You’. The group poster of MBC’s new Wednesday-Thursday drama 'May I Help You' was released on October 4th. In the released photo, Baek Dong Ju (Hyeri), a funeral director with mysterious abilities, Kim (Lee Jun Young) of the daily errand center 'One Hundred Won Butler' (Lee Jun Young), Baek Dong Ju, police officer Seo Hae An (Song Deok Ho), and 'One Hundred Won Butler' representative Vincent (Lee Kyu Han) are in the backyard. They were sitting next to each other and smiling.

Here, the phrase 'What is your request?' raised expectations for the team play of Baek Dong Ju and Butler Kim, who mutually support the dead and the living. The drama follows Baek Dong Ju (Hyeri) who works as a funeral director. She has a special ability that allows her to see and talk to dead people. The dead people ask Baek Dong Ju to grant their last wish. If Baek Dong Ju doesn't grant their wishes, her day becomes filled with bad luck. This motivates her to listen to their wishes and grant them their wishes, with the help of Kim Jib Sa (Lee Jun Young).

The production team said, "Various stories of the deceased and unusual requests that were not delivered to those who were left behind in their lifetimes provide warm laughter and sympathy. One can look forward to the performances and chemistry of the actors who will double the charm.”

The drama will be released on October 19. 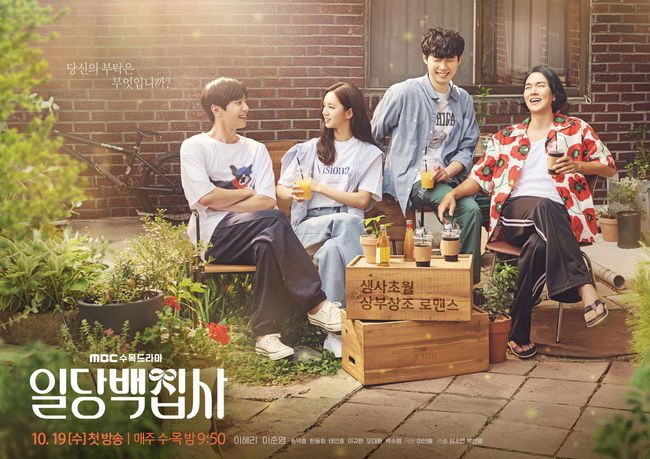 WATCH: Hyeri and Lee Jun Young are at loggerheads ...