Jin to enlist before his birthday? BTS member hints at possible military training location and date

BTS member Jin will be the first from the group to enlist for South Korea’s mandatory military service.

Jin to enlist before his birthday? BTS member hints at possible military training location and date BTS member Jin was the second to officially make his solo debut on October 28 following member J-Hope. Just ahead of his song’s release, the star teased the single album at the Busan concert where BTS performed live in front of thousands of fans and Jin announced his upcoming promotions. Soon after, it was also revealed that Jin will be enlisting for the mandatory military service in the Republic Of Korea Army as well as the rest of the BTS members. Later it was reported that Jin has applied for the cancellation of his notice that had delayed his enlistment initially.

Jin’s comment
As the BTS member dropped multiple contents to promote his single album The Astronaut, he also returned from Argentina where he performed with Coldplay at the Buenos Aires concert and that’s when the initial reports of cancellation of his delaying notice were made. On November 12, he took to Weverse to interact with fans and replied to one who asked if he was excited for his birthday next month. Jin will turn 30 on December 4 and responded to the user with “No.. I got [to be at] the front line”. 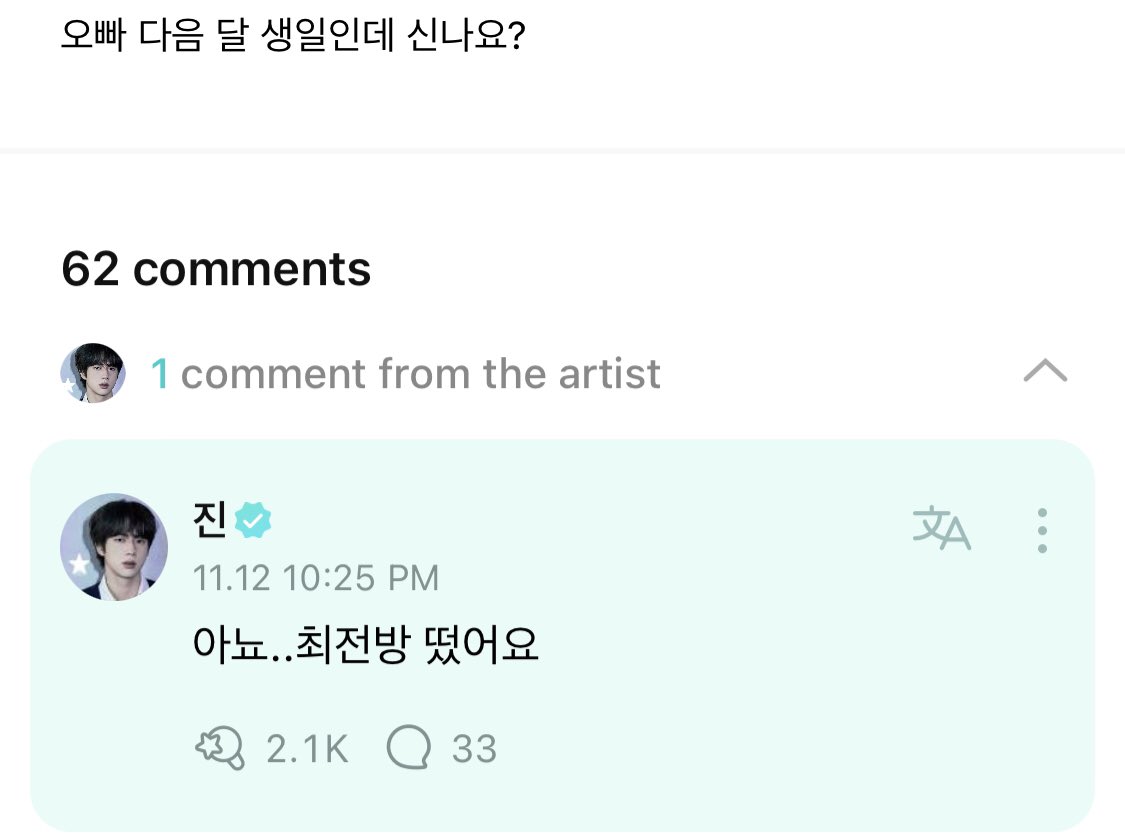 Military assignment
The BTS member’s response has indicated his possible basic military training location. The front line is nearer to the North, around the Gyeonggi-do or Gangwon-do areas where new soldiers are given their 5 weeks of training after enlistment. It is more likely that he will be at a base in the North which is especially cold during this time of the winter and gets a lot of snow. However, it does not confirm that Jin would be at the same military base for the rest of his service as he can be assigned to any other location after the initial evaluation.

No details regarding Jin’s enlistment date or location have been confirmed by his agency BIGHIT MUSIC so far.