MONSTA X’s Kihyun will be making his solo comeback soon and we are excited! On September 30th, Kihyun posted an image of his first mini-album 'Youth' coming out through MONSTA X's official social media handles. In the image, soap bubbles are floating emotionally on the background of the deep blue sky. Here, with the name of the first mini-album called 'YOUTH', the release date was announced on October 24, confirming the comeback after 7 months.

Kihyun released his first solo single 'VOYAGER' in March after 7 years of debut, introducing a new world of music with his own identity. The title song 'Voyager' of the same name, as well as the b-side songs 'COMMA' and 'RAIN', all charted on various music sites, signaling a successful start as a solo artist. In particular, 'Comma' is a song with the participation of British singer-songwriter Etham.

Kihyun participated in the 'KPOP LAND 2022 in Jakarta' performance last month as a solo artist and performed various stages such as MONSTA X's 'One Day' and 'Someone Some One' as well as his own solo song. Expectations are high as to what kind of music spectrum Kihyun, who has proven his colorful vocal abilities through his first single album, where his 7 years of debut and novelty as a solo artist coexist, will contain another music spectrum in his first mini-album 'YOUTH'. It will be released on October 24th.

Kihyun is a South Korean singer and songwriter. He is a vocalist in the South Korean boy group MONSTA X, from Mnet's survival show ‘No.Mercy’, which debuted under Starship Entertainment in 2015. In addition to having released several original soundtracks, further establishing himself as ‘K-pop God’, ‘Vocal God’, and ‘The K in K-pop’. 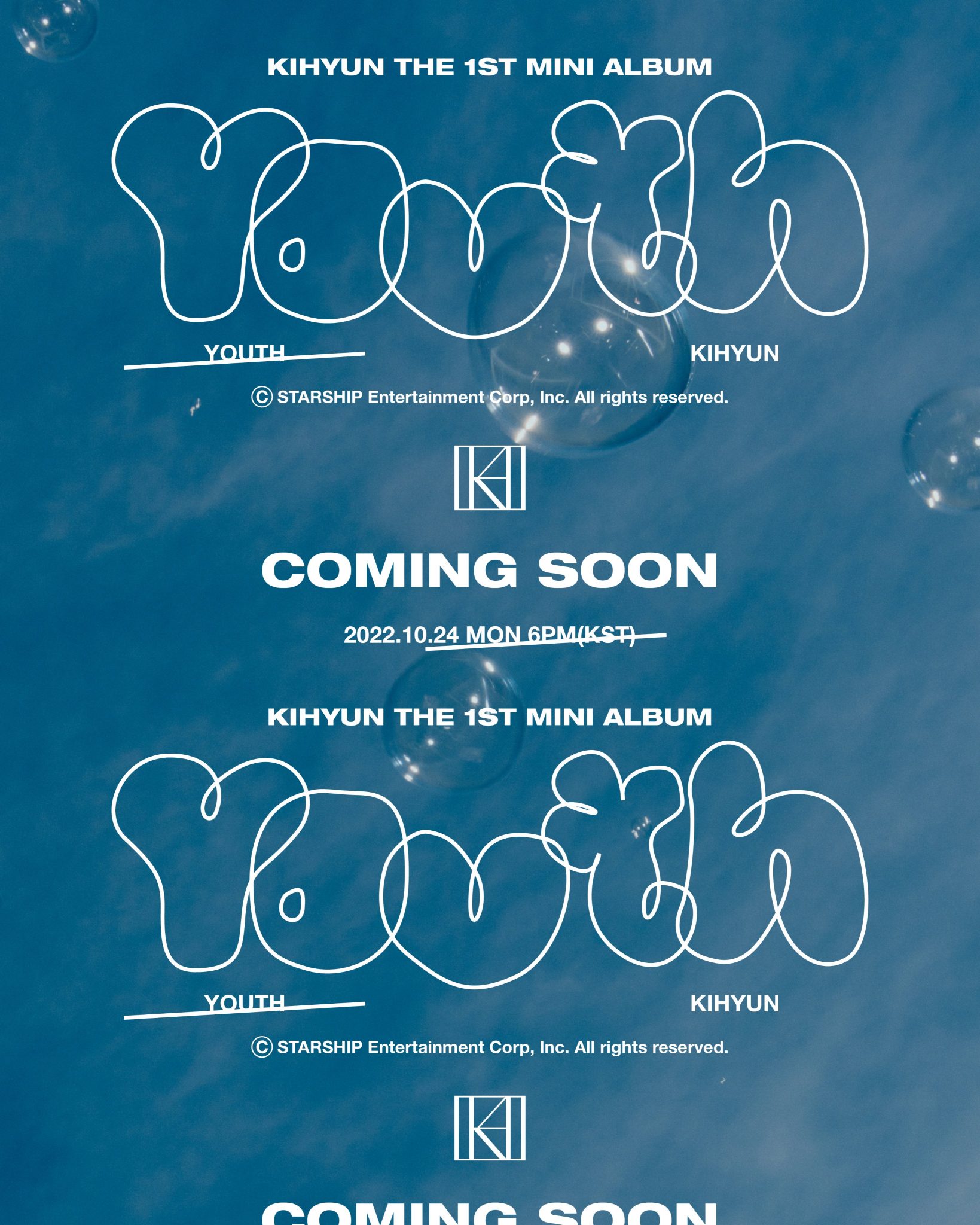