We have often seen cricketers falling in love with Bollywood actresses and indeed there have been some iconic B-town and cricket Jodis ending up in marriage. Well, currently one such couple who has been making it to the headlines quite often is Athiya Shetty and KL Rahul. These two have been dating for quite some time now. The actress, who is the daughter of popular star Suniel Shetty is dating Indian cricketer KL Rahul. These two love birds have been together for quite some time and are a married couple now. Their wedding festivities had begun in Suniel Shetty’s Khandala bungalow and the couple finally got hitched on January 23. Today we bring to you a list of pictures that prove the soon-to-be-married couple loves to travel.

Lost in the woods

Look at Athiya Shetty and KL Rahul holding hands and walking in the middle of the forest. This picture of the two taking a walk in the woods is proof that they both are nature lovers and will never miss a chance to take a stroll together. This one is a beautiful black and white capture wherein Athiya can be seen in a denim and crop top, whereas Rahul is wearing an oversized jacket paired with denim. 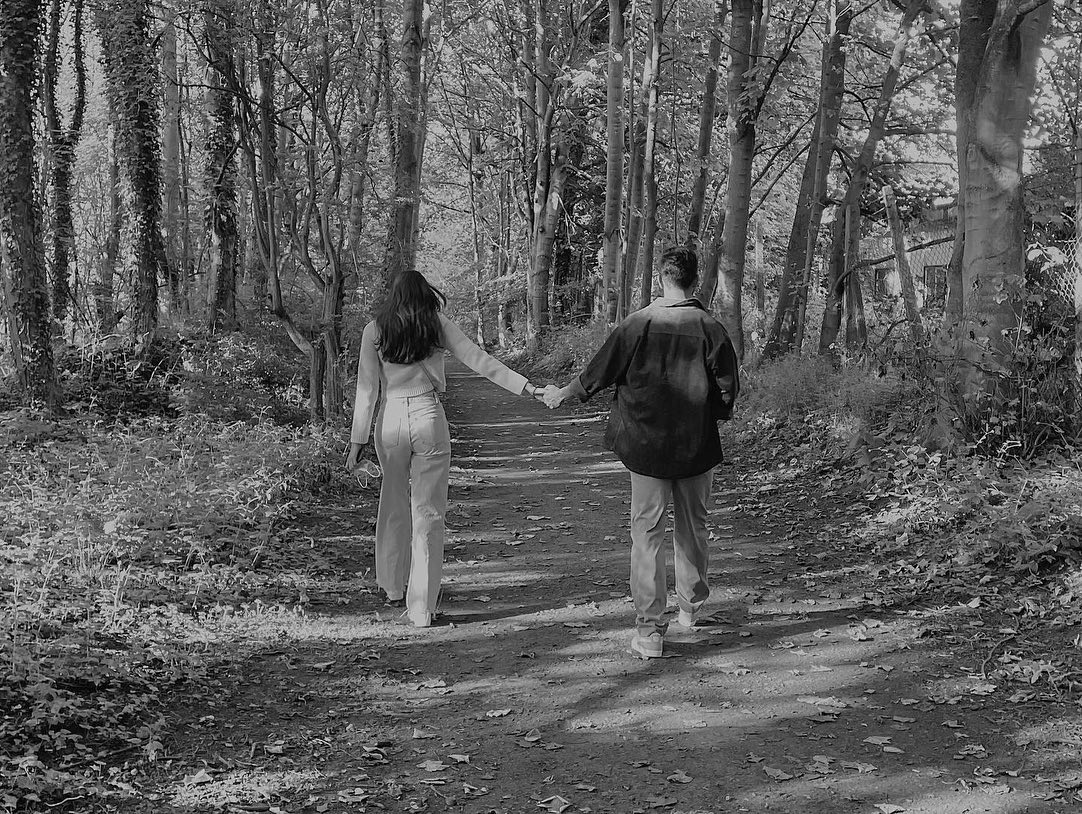 This picture is yet again proof of the fact that Athiya Shetty and KL Rahul are nature lovers. This is a selfie taken by the actress as she tried to capture their shadow on a window. Both of them seem to be in the middle of a forest yet again. Twinning in a white tee, Athiya can be seen in a white oversized tee with a graphic front which she paired with black denim while Rahul paired his white tee with grey pants. 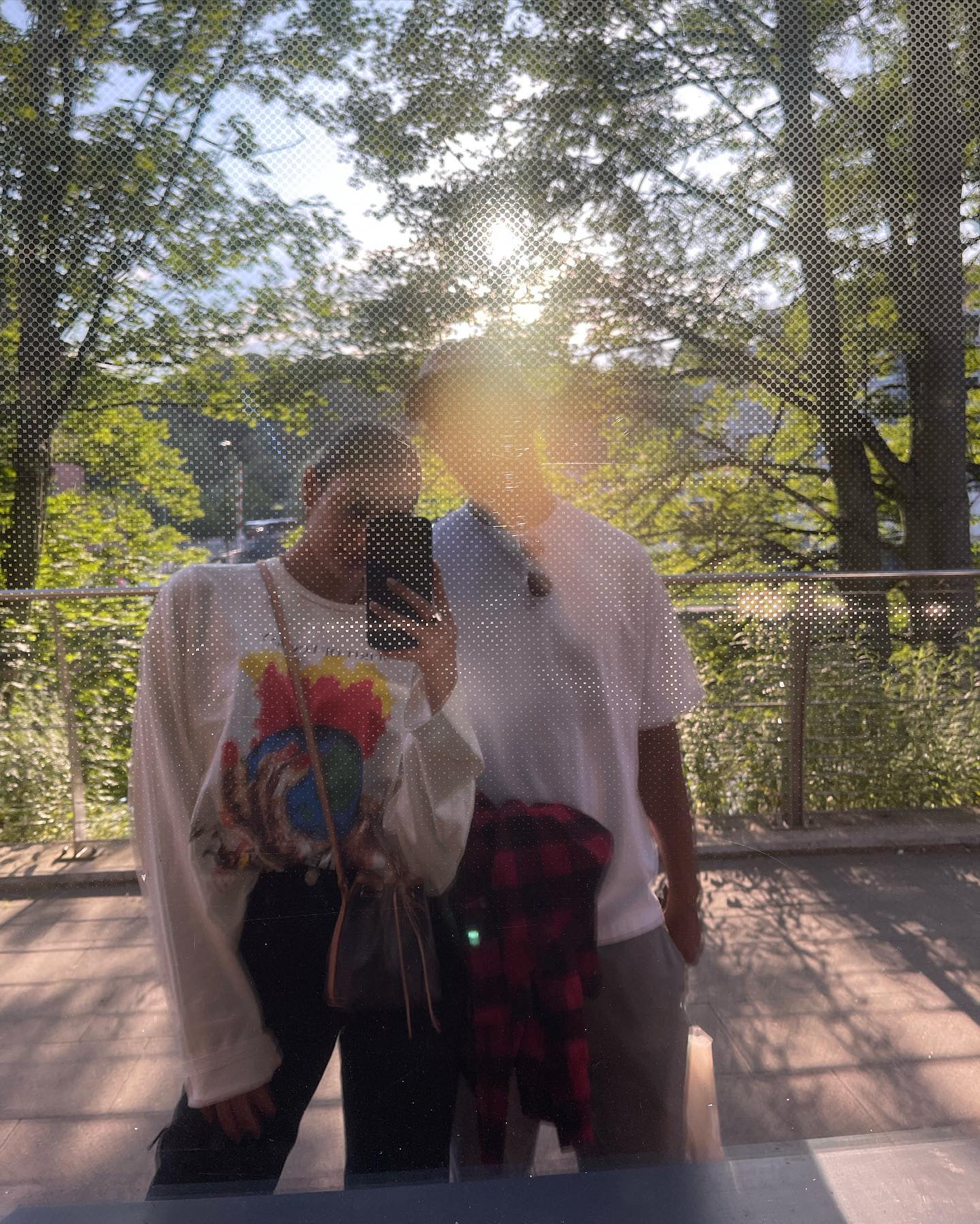 Aren’t they cute? Look at Athiya Shetty and KL Rahul posing inside a telephone booth. This picture seems to have been taken during one of their trips. Athiya looks lovely in a black shirt with cheetahs and tigers made on them and she can be seen laughing her heart out in the picture while KL is posing with the phone receiver in his hand and pretends to be talking to someone. 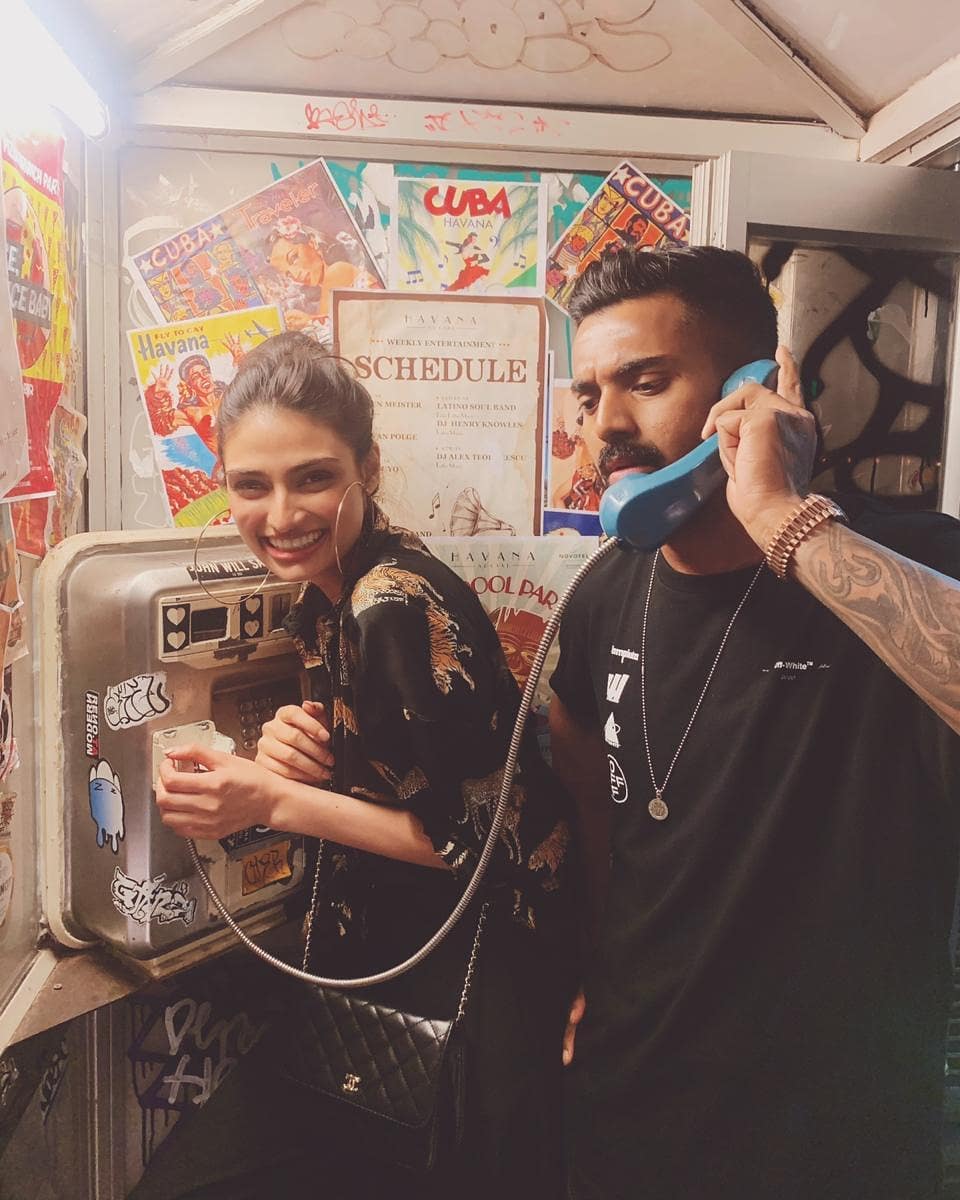 This cute group picture was shared on Instagram by Ishant Sharma's wife Pratima. Athiya is seen clicking the selfie, as KL Rahul, Ishant Sharma, Pratima Singh, and Rajal Arora, strike a cheerful pose. KL Rahul has his hand placed on Athiya's shoulder, as he playfully stuck his tongue out. This was the first time Athiya and KL Rahul posed together for a picture during their England trip. 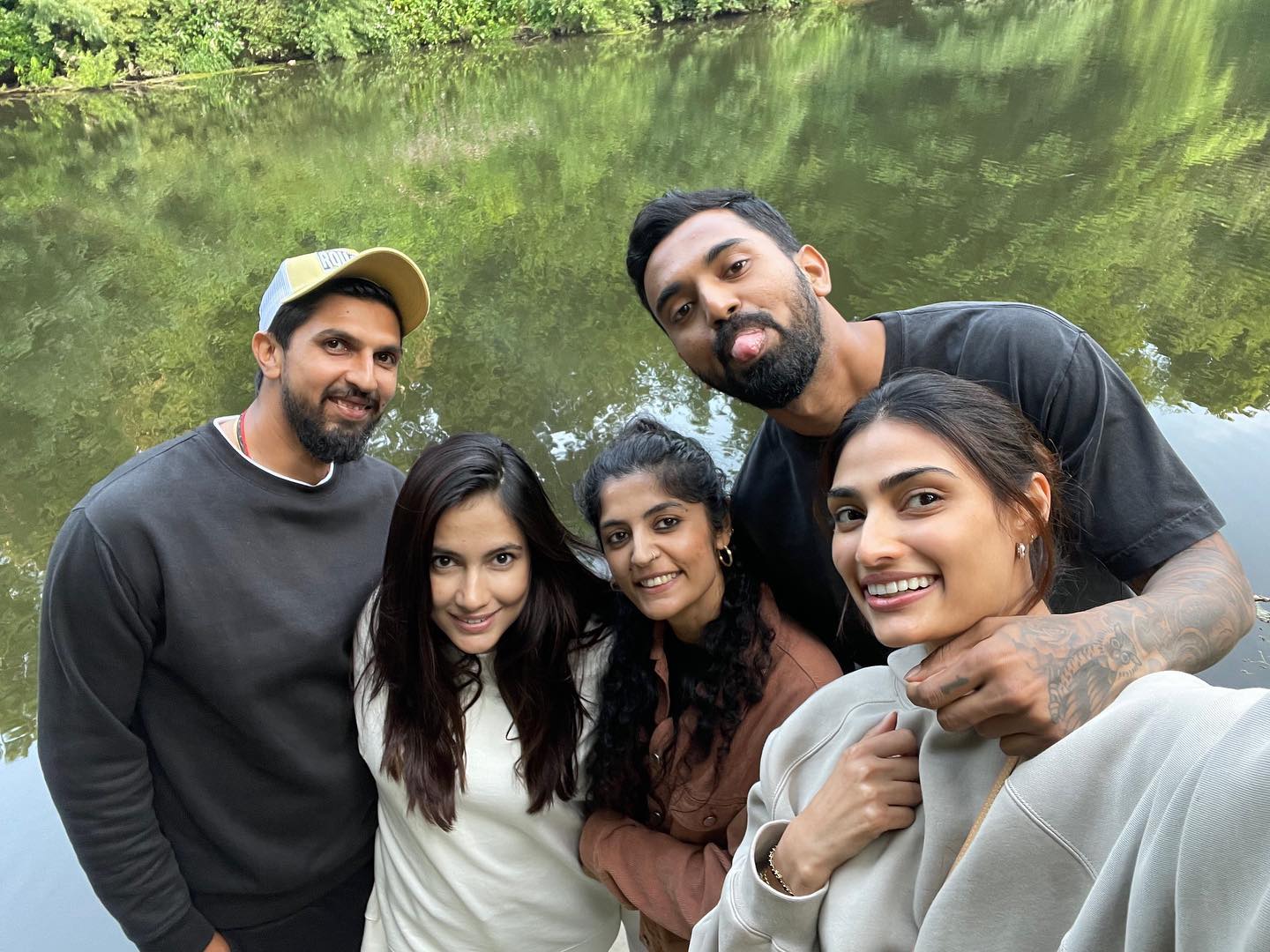 KL Rahul made sure to have Athiya Shetty by his side during his leisure time in between his matches just like other cricketer wives. Anushka Sharma had posted a picture of her cricket fam. In the picture, we could see four couples. Anushka Sharma – Virat Kohli, Athiya Shetty – KL Rahul, Ishant Sharma – Pratima Sharma, and Umesh Yaadav – Tanya Wadhwa. Also, baby Vamika was a part of the picture too. Athiya and Rahul look so happy together and this picture is proof that they love to travel. 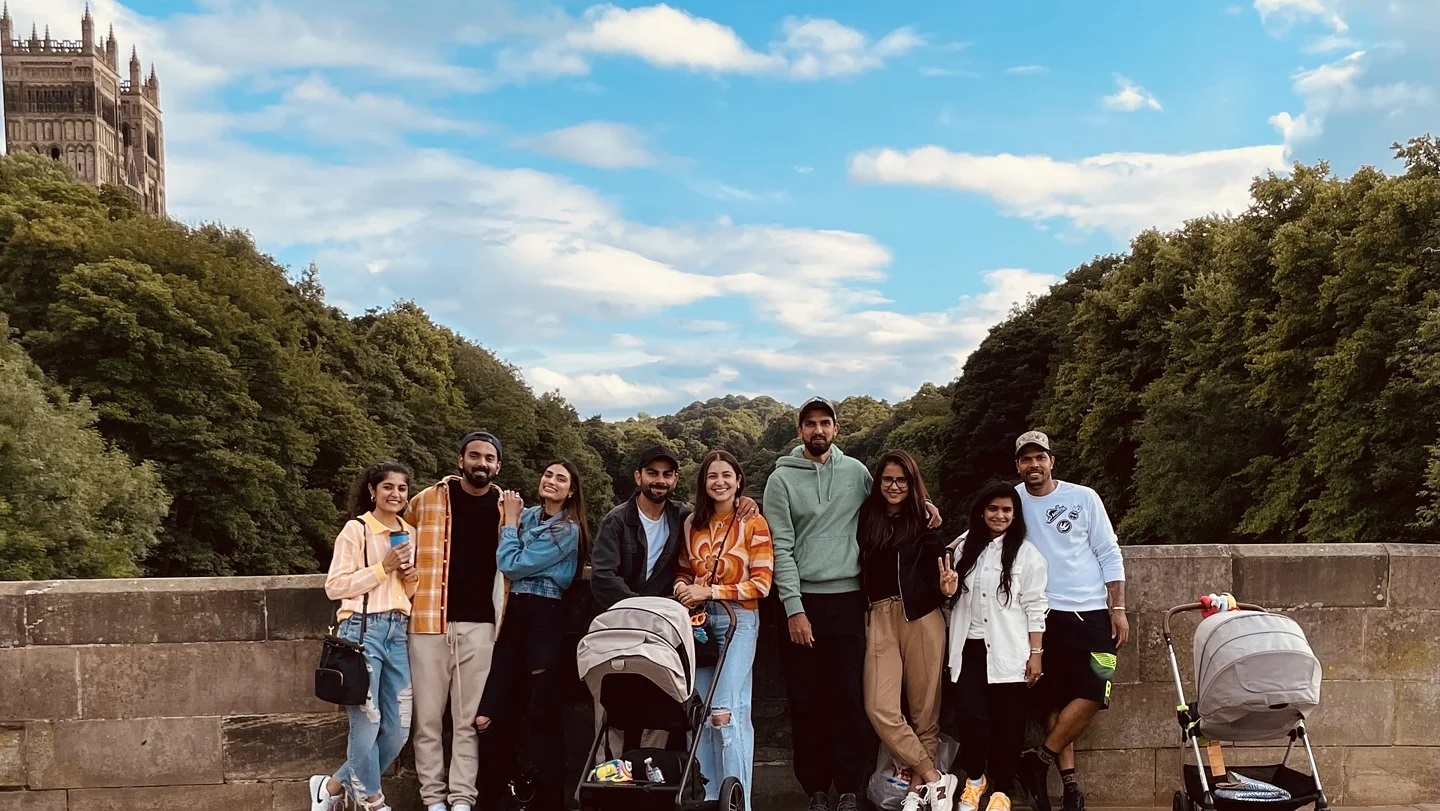