Aishwarya Rai Bachchan was papped at the airport. Check out her pics. Gorgeous diva, Aishwarya Rai Bachchan needs no introduction. She is known worldwide for her stunning looks, dancing moves and outstanding acting skills. She is gearing up for one of the year's most anticipated films, Ponniyin Selvan. The first instalment of Ponniyin Selvan, produced by Lyca Productions, will be released in five languages on September 30 this year: Tamil, Hindi, Telugu, Malayalam, and Kannada. The period drama is based on Kalki Krishnamurthy's renowned historical novel Ponniyin Selvan (The Son Of Ponni) and stars Vikram, Karthi, Jayam Ravi, Sobhita Dhulipala, and Aishwarya Lekshmi. Meanwhile, the Devdas actress was spotted by the paparazzi at Mumbai airport on Friday.

In the pictures, the actress looked super stylish as she opted for a white overcoat and paired it with black jeggings. She kept her hair open which added to her beauty. The actress complemented her look by wearing casual shoes for the footwear. The Hum Dil De Chuke Sanam actress was seen carrying a brown travel bag. 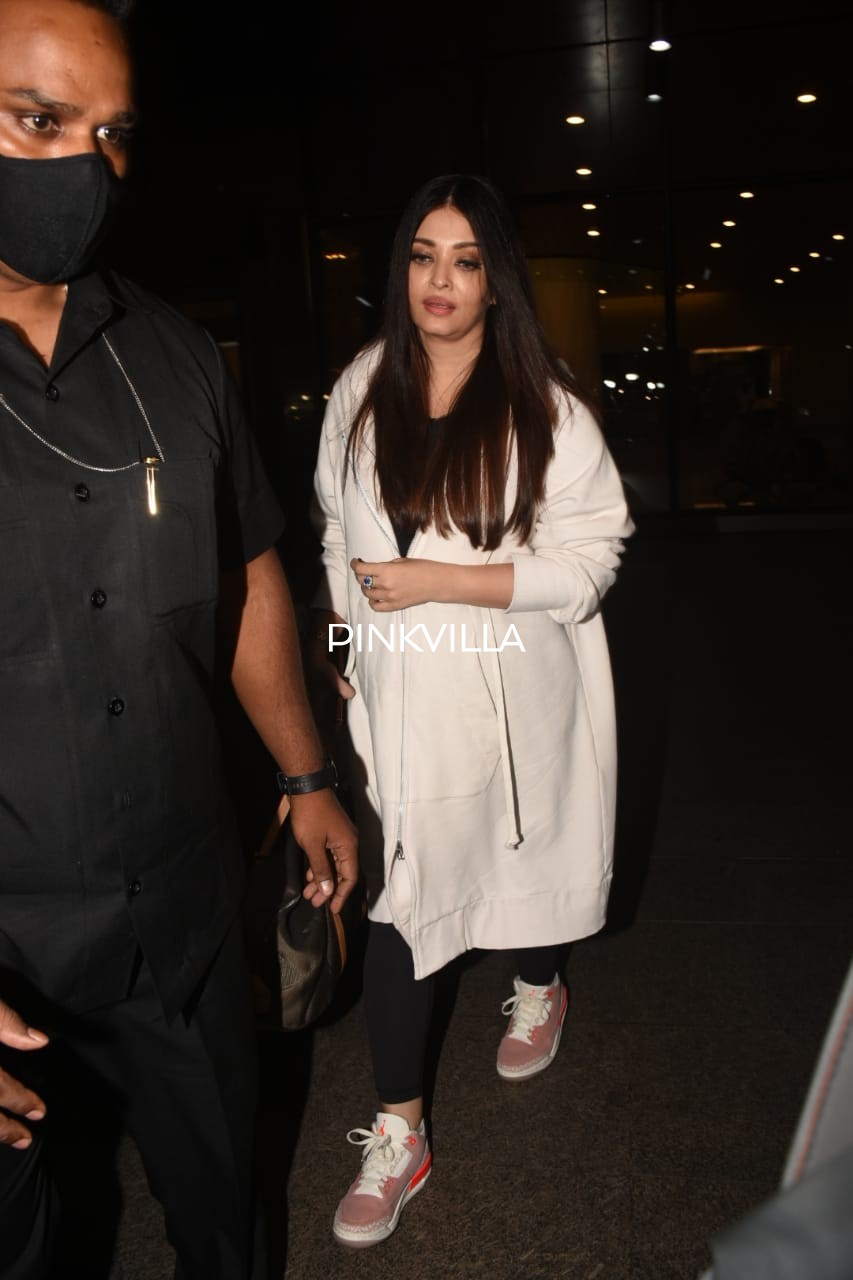 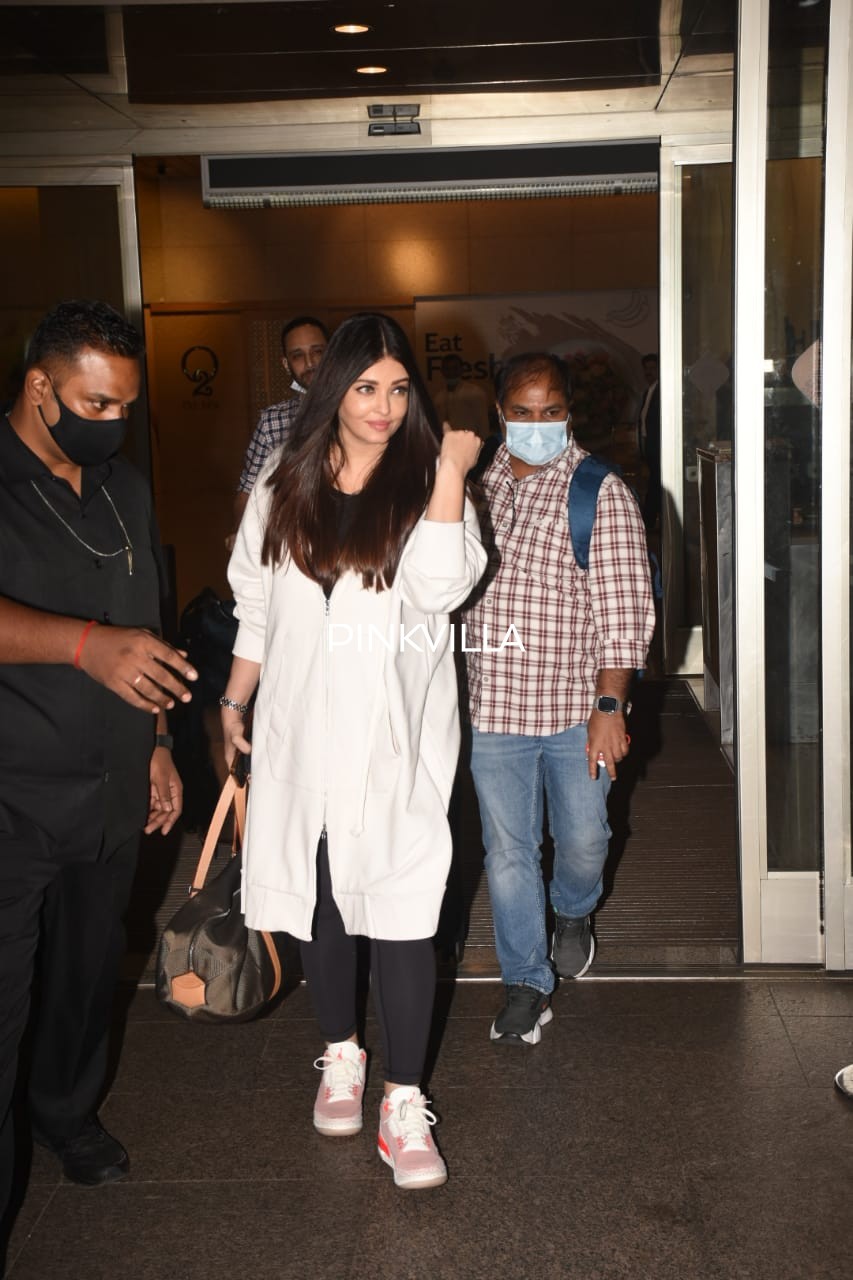 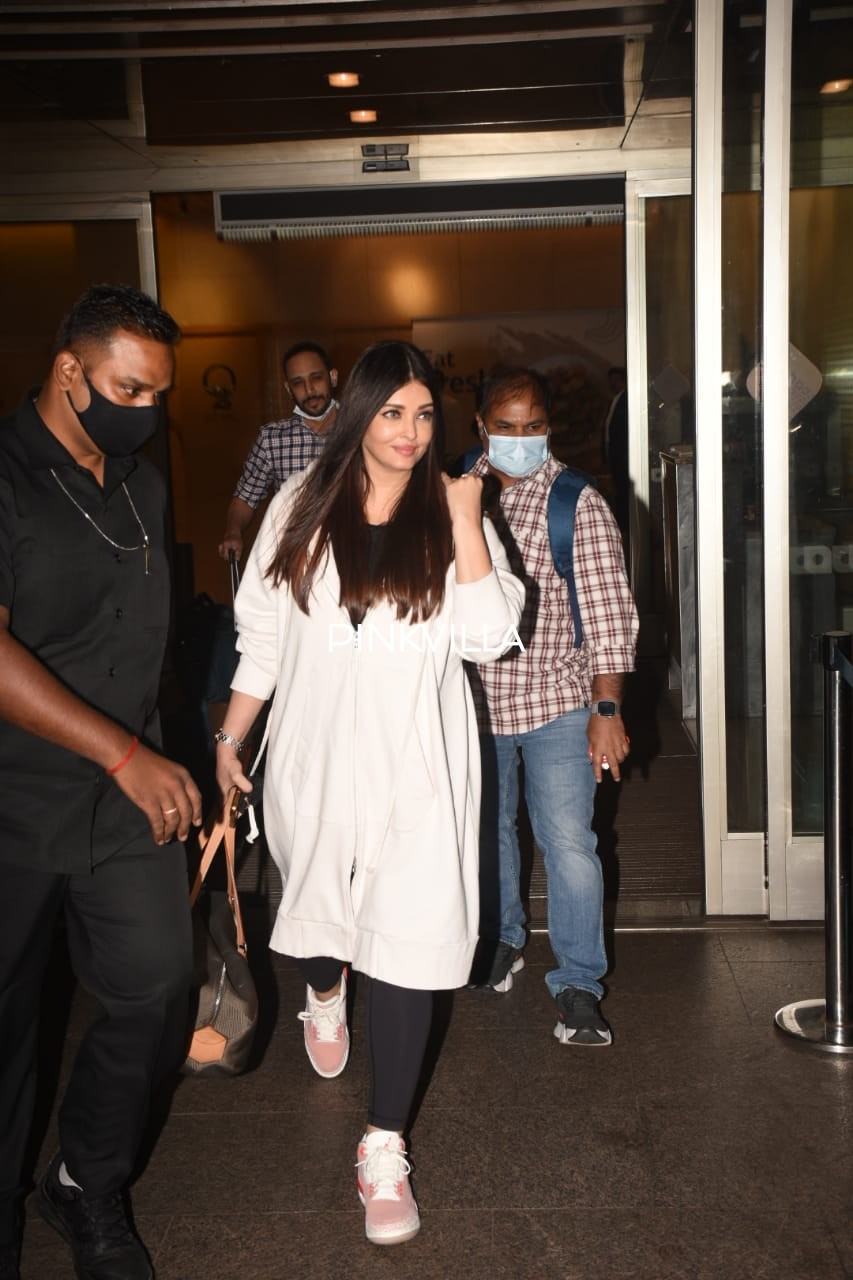 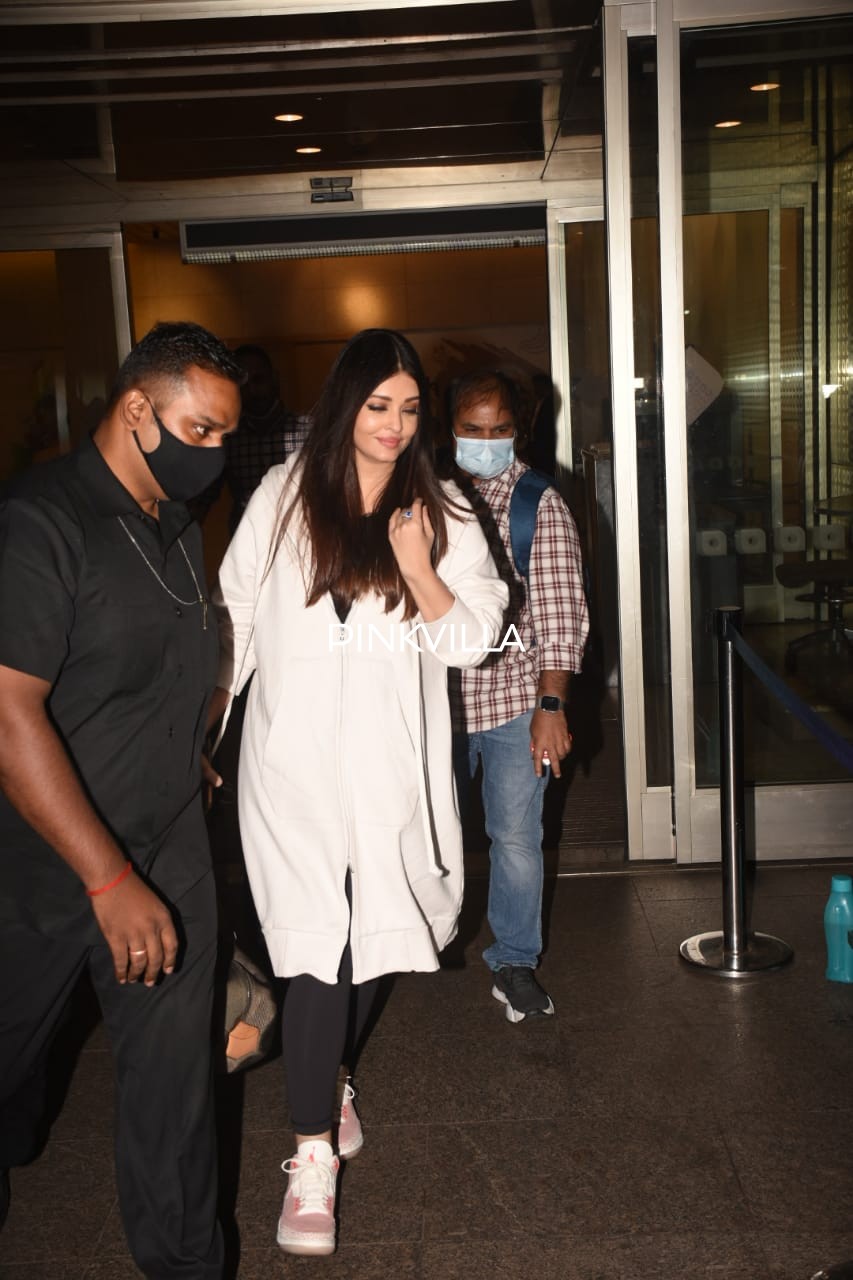 Recently, in an interview with ETimes, Aishwarya opened up about working with her husband Abhishek Bachchan and said, "It should happen." She also hoped that a dream project materialises for her and Abhishek. Meanwhile, in April, Abhishek also spoke about teaming up with his ladylove and told Indian Express that he would 'love' to collaborate with his wife again on-screen. "It has to be the right script at the right time. Until we don’t find that, we can’t do a film together. But we both love to work together," said Abhishek.