Sanjay Leela Bhansali, one of the most talented and streamlined directors of the Indian film industry, announced his first-ever music album 'Sukoon' which was released on Wednesday. The music album consists of nine songs that are beautifully sung by legendary singers namely Shreya Ghoshal, Armaan Malik, Papon, Pratibha Baghel, Shail Hada, and Madhubanti Bagchi. The songs are now available on all the music streaming platforms.

Taking to Twitter and Instagram, the Padmaavat director’s production house–Bhansali Productions, wrote, “Find peace, quiet and love in the tunes of #SanjayLeelaBhansali’s first-ever original music album Sukoon!” Soon after this development, several fans of the director took to the comments section and showered their love and appreciation for the album.

Bollywood actor Alia Bhatt, who worked with Bhansali Gangubai Kathiawadi, took to Instagram and wrote, “So Beautiful” with a red heart emoji. 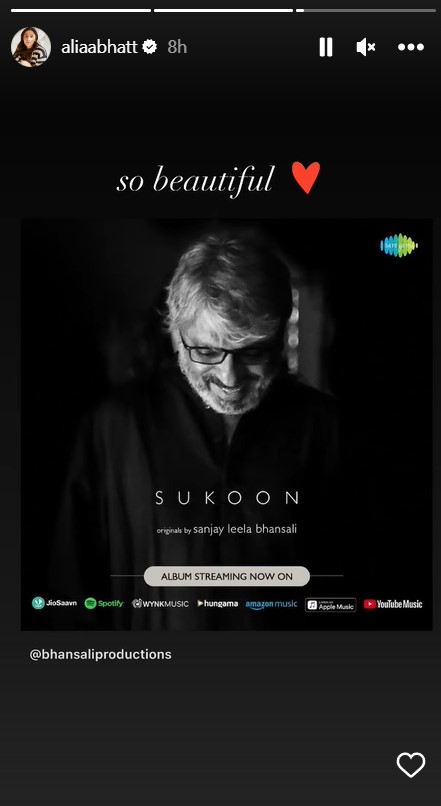 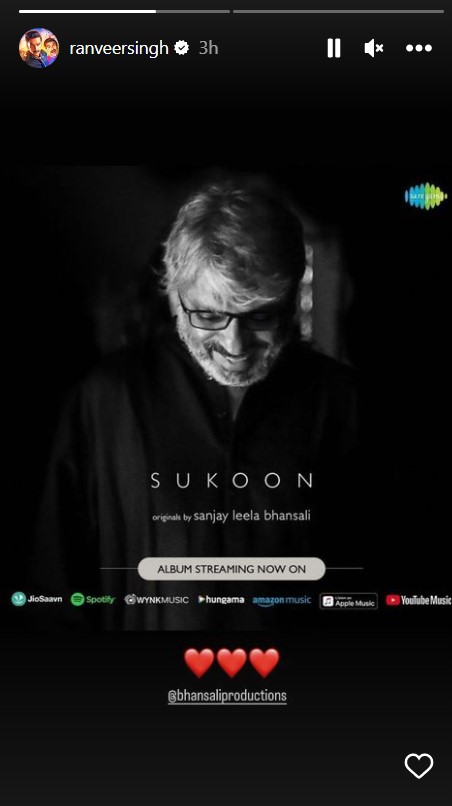 Sanjay Leela Bhansali, an Indian filmmaker, director, screenwriter, and music composer by profession is best known for his work in Hindi cinema. He is the recipient of several awards, including four National Film Awards, and a BAFTA nomination. In 2015, the Government of India honoured him with the Padma Shri award for his splendid contribution to the film industry.

Also Read: Did you know Deepika Padukone was 'taken aback' by her role in Sanjay Leela Bhansali's Ram Leela?