Mommy-to-be Alia Bhatt got snapped at the airport. Check out her pictures. Mommy-to-be Alia Bhatt has been riding high on the success of her recently released film Brahmastra which also marks her first on-screen collaboration with husband Ranbir Kapoor. Well, Alia who is soon going to embrace motherhood with the arrival of Junior Kapoor was on Monday spotted at the Mumbai airport, and needless to say, her pregnancy glow was unmissable. Meanwhile, the Darlings actress has been serving major maternity fashion goals ever since she announced her pregnancy. And today was no different as she was seen dressed in a comfortable yet stylish shirt dress at the airport.

In the pictures, we can see Alia Bhatt dressed in an all-white shirt and striped knee-length dress which is a perfect blend of comfort and style. She kept her hair open, held a stylish white bag on one side of her shoulder, and completed her look with a pair of fancy black floaters. Alia also followed the Covid protocols and covered her face with a white mask. 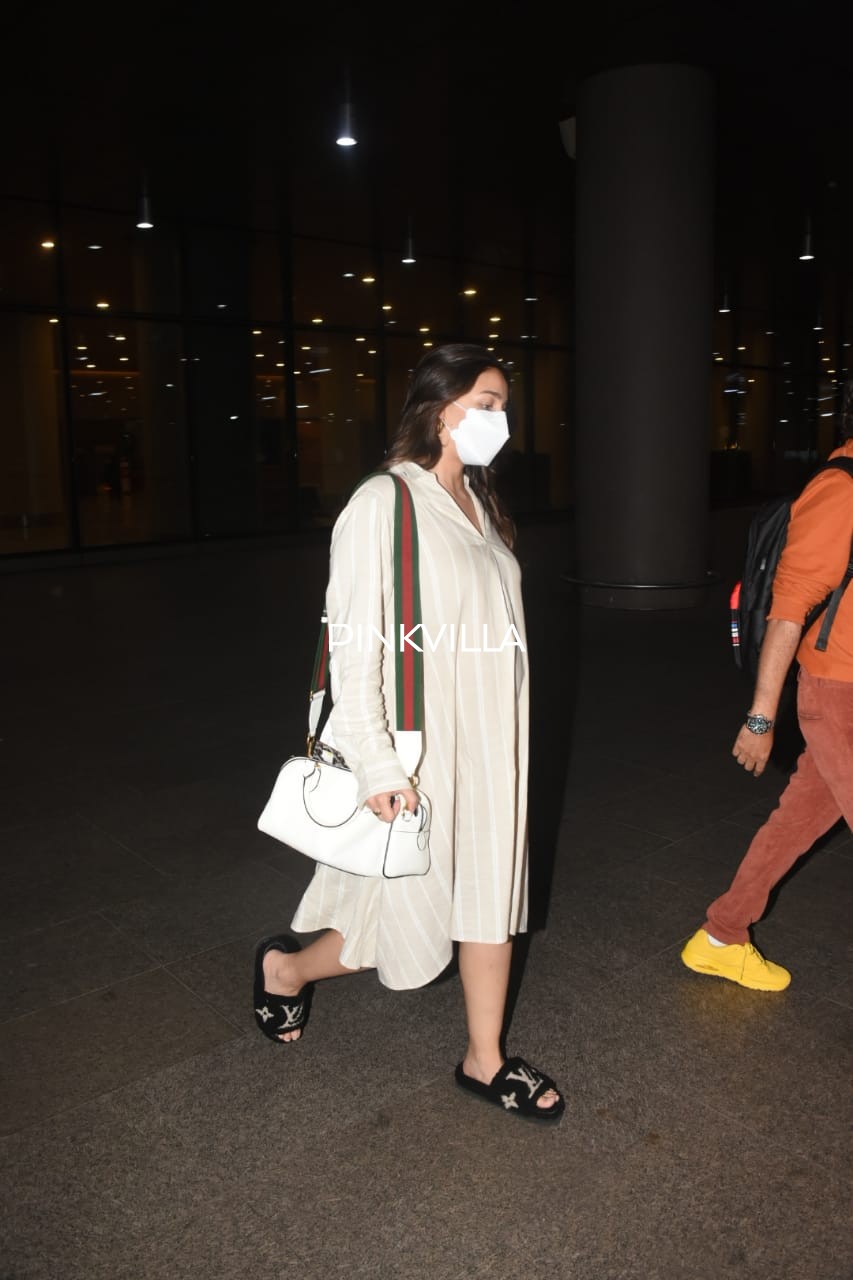 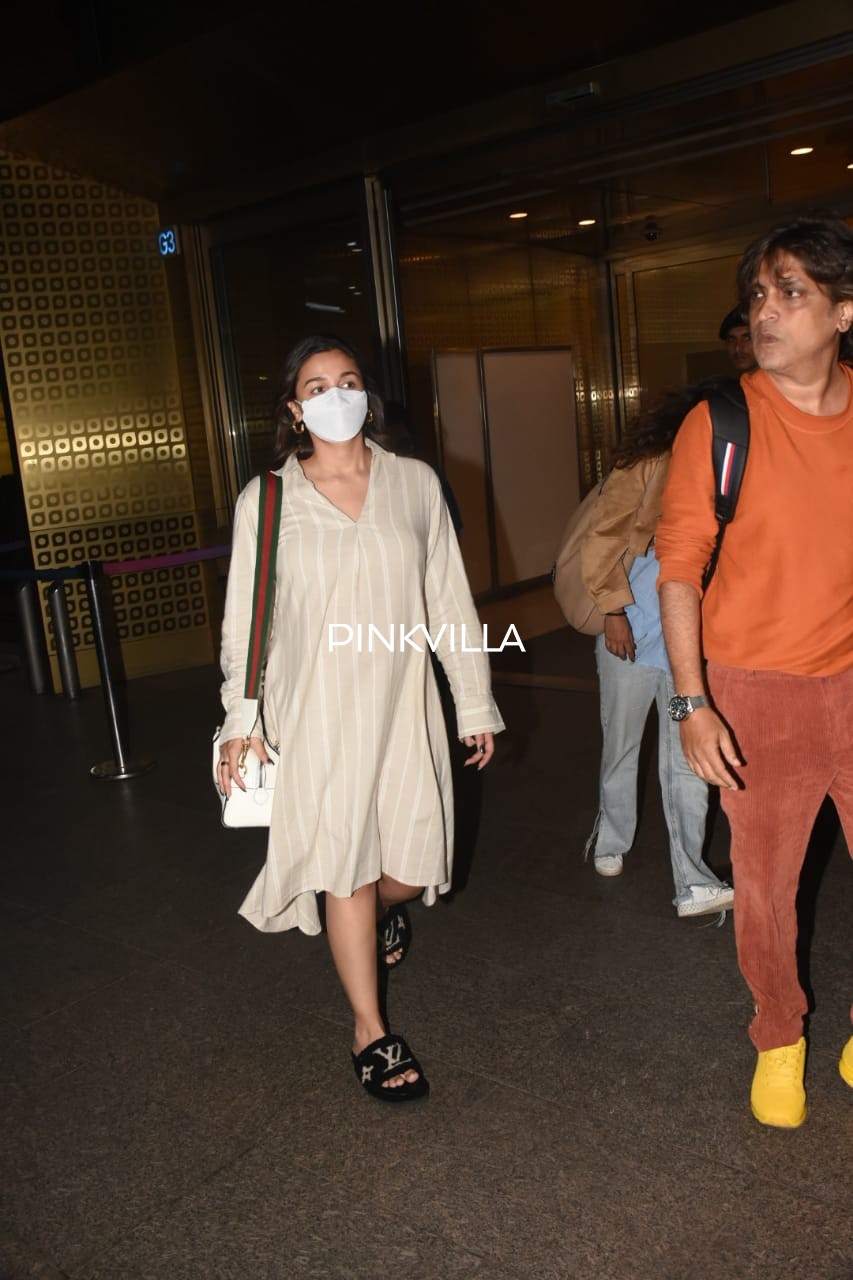 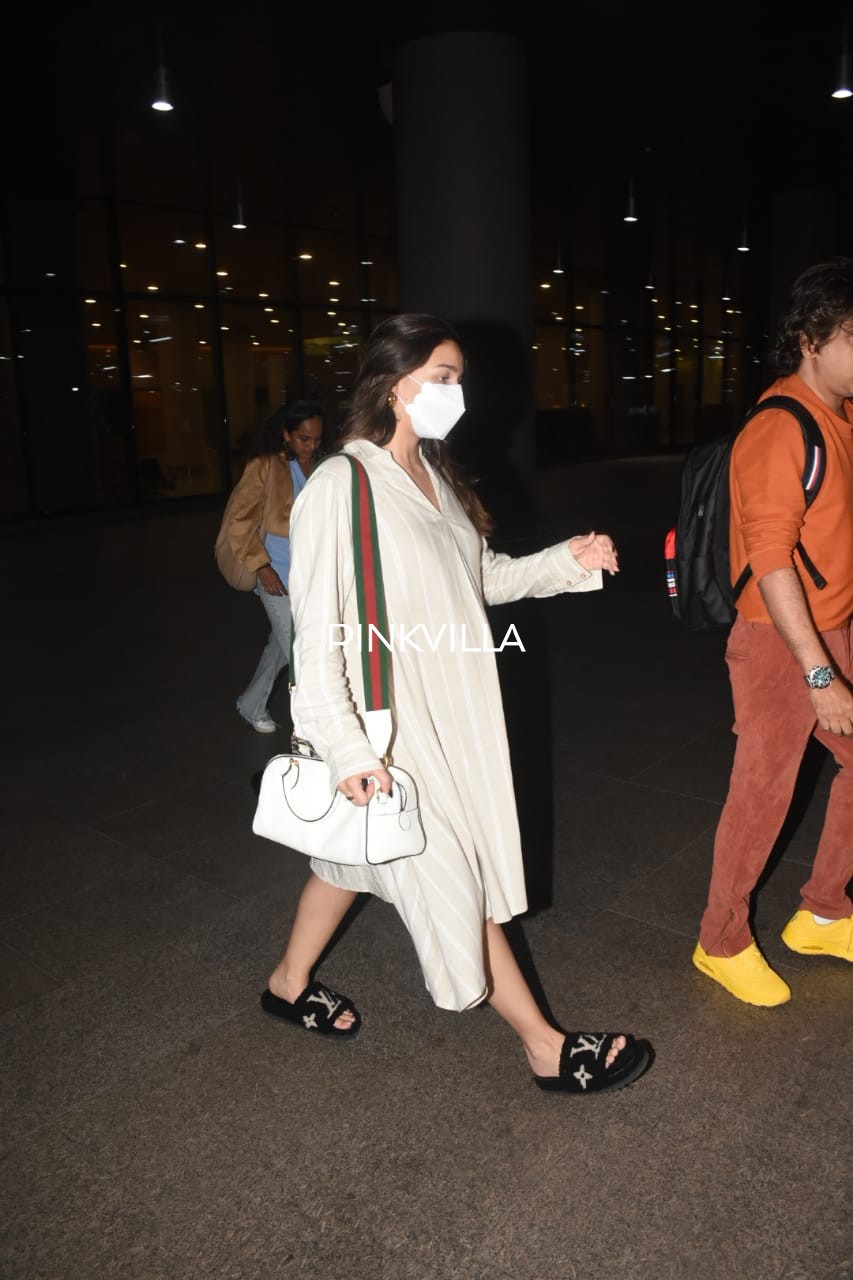 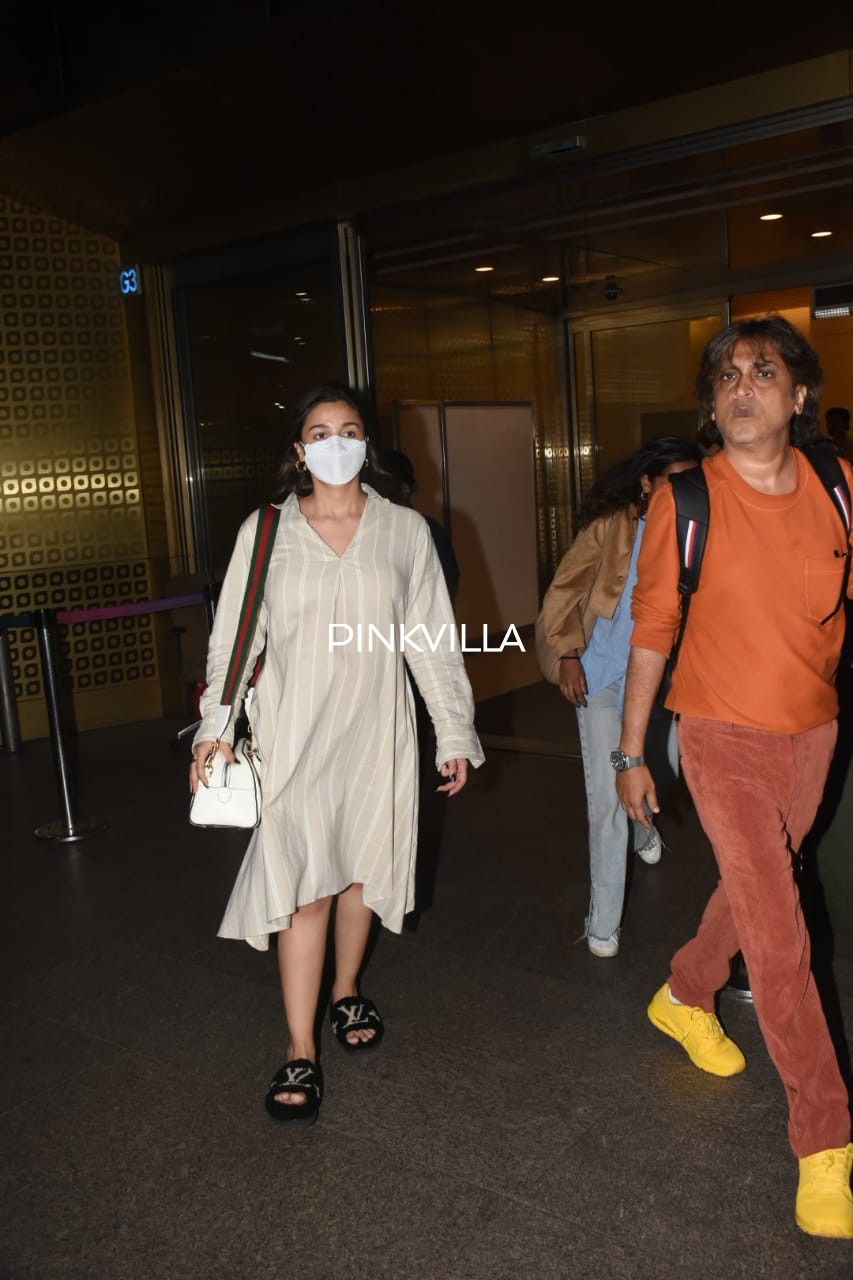 To note, Alia Bhatt was honored with the TIME 100 Impact Award on Sunday in Singapore. She also delivered an impressive speech during the event and talked about her journey in the films so far. She was quoted as saying, “I think 10 years ago when I started working, all I thought about was how I would one day take over the world. How everyone, everywhere would know who I am and how hardworking and talented and intelligent and bright and flawless I am. I wanted to be perfect and I wanted the world to know it.”

On the work front, Alia will next be seen in Farhan Akhtar’s Jee Le Zaraa along with Priyanka Chopra and Katrina Kaif. The actress also has Karan Johar’s Rocky Aur Rani Ki Prem Kahani co-starring Ranveer Singh. Apart from this, Alia will also be making her Hollywood debut with the film, Heart Of Stone with Gal Gadot and Jamie Dornan in the lead. The first look of the action film has already been released.

ALSO READ: Mom-to-be Alia Bhatt gushes as her 'little one relentlessly kicks' during her acceptance speech