Ananya Panday will star next in Kho Gaye Hum Kahan with Siddhant Chaturvedi and Adarsh Gourav. Alia Bhatt and Ranbir Kapoor's Brahmastra hit the theatres on September 9, 2022, and is receiving a massive response from audiences. The film also starred Nagarjuna Akkineni, Amitabh Bachchan, and Mouni Roy. Directed by Ayan Mukerji. Shah Rukh Khan has also made a cameo appearance in Brahmastra as Vanarastra. The film serves as the first installment of a planned trilogy, which is itself planned to be part of a cinematic universe titled Astraverse.

Now, Ananya Panday, who was recently vacationing in Italy has reviewed Alia and Ranbir starrer Brahmastra on her social media handle. Taking to her Instagram story, the Pati Patni Aur Woh actress shared the movie's poster and wrote: "What an experience!!!! Fully in love with this world and everyone in it. I'm (embarrassingly so) very very late to have watched the film but if you haven't you HAVE to go watch it IN cinemas!!! And if you have watch it again. Also whoever is down to discuss fan theories message me." 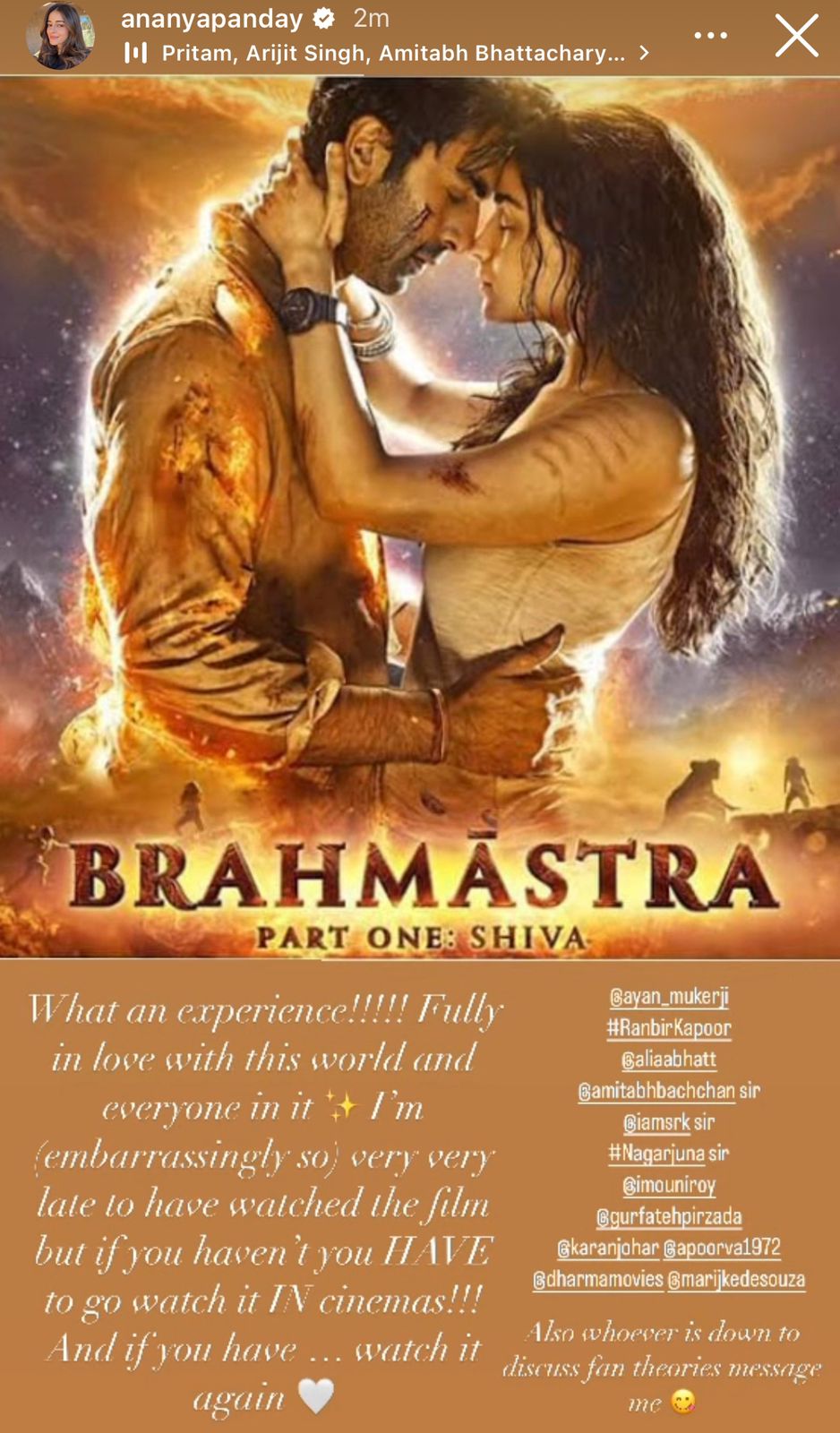 Apart from this, Ananya will star in Dream Girl 2 with Ayushmann Khurrana. This marks the duo's first on-screen collaboration. Dream Girl 2 is slated to release in the cinemas on 29th June 2023, as an Eid special release. It is touted to be a spiritual sequel to Dream Girl that is set in an entirely different backdrop.