Ananya Panday smiles at the paparazzi as she gets clicked at Dharma office; Is new film on cards?

Ananya Panday will be seen next in Dream Girl 2 with Ayushmann Khurrana.

Ananya Panday smiles at the paparazzi as she gets clicked at Dharma office; Is new film on cards? Ananya Panday gets clicked in the city today.

Ananya Panday is one of the most popular actresses in Bollywood. She began her acting career in 2019 with roles in  Punit Malhotra's Student of the Year 2 which also starred  Tiger Shroff and Tara Sutaria in the lead. She has successfully carved a niche for herself and apart from acting, the Khaali Peeli actress’s sartorial sense of fashion is drool-worthy. Despite being a few films old, the Pati Patni Au Woh actress has successfully made her space in the big and glamorous world of showbiz.

Ananya never misses a chance to make the heads turn both on and off the screen and the actress once again made headlines as she was spotted at the Dharma office today. Ananya kept her OOTD casual as she was seen in a black and white crop top. She paired it with black cargo pants and she completed the look with a black baguette bag. In the pictures, Ananya opted for no makeup and she also stopped by to pose for the cameras as she acknowledged the presence of the paparazzi. 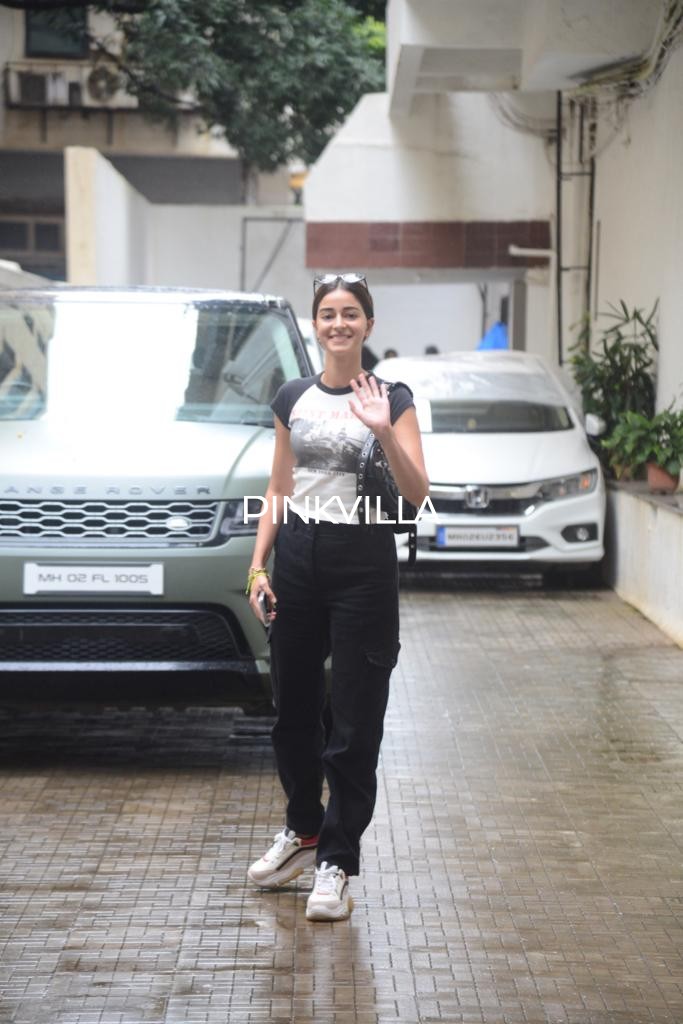 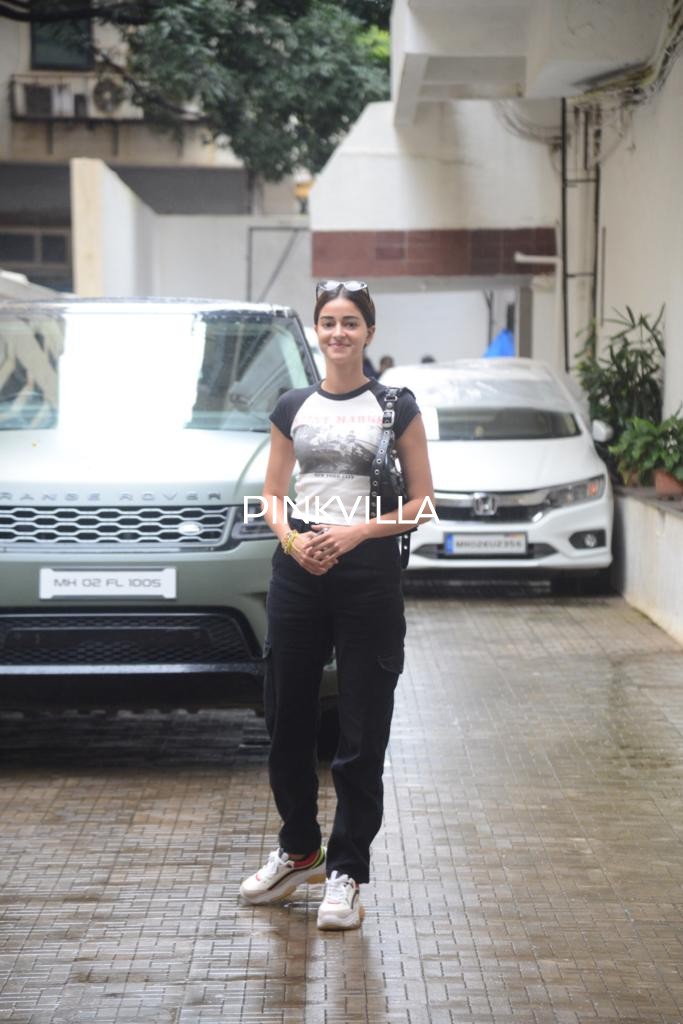 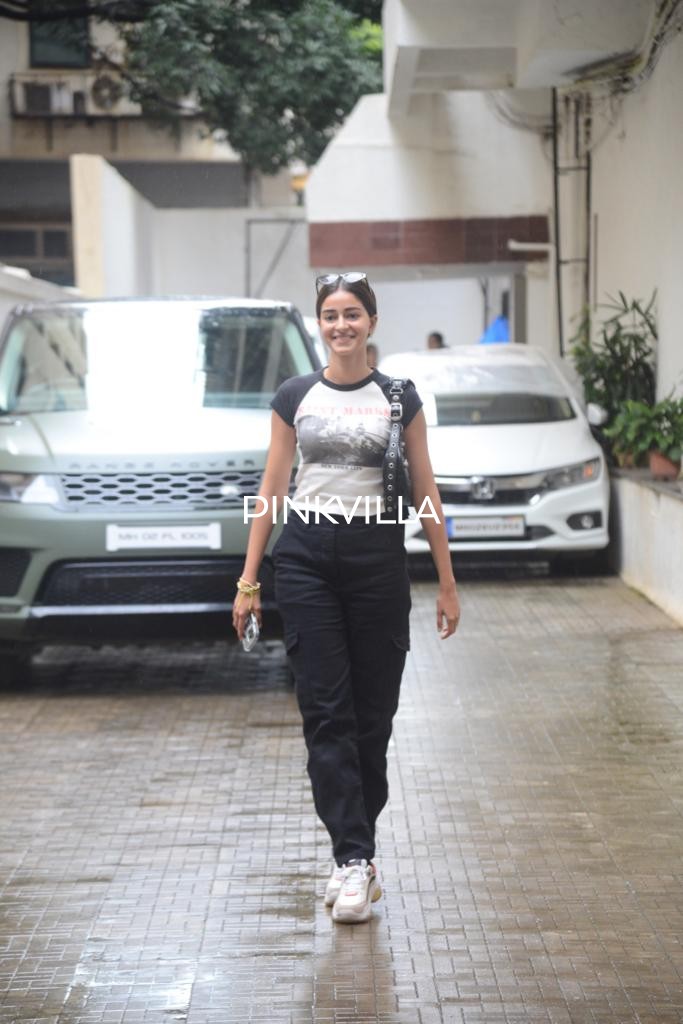 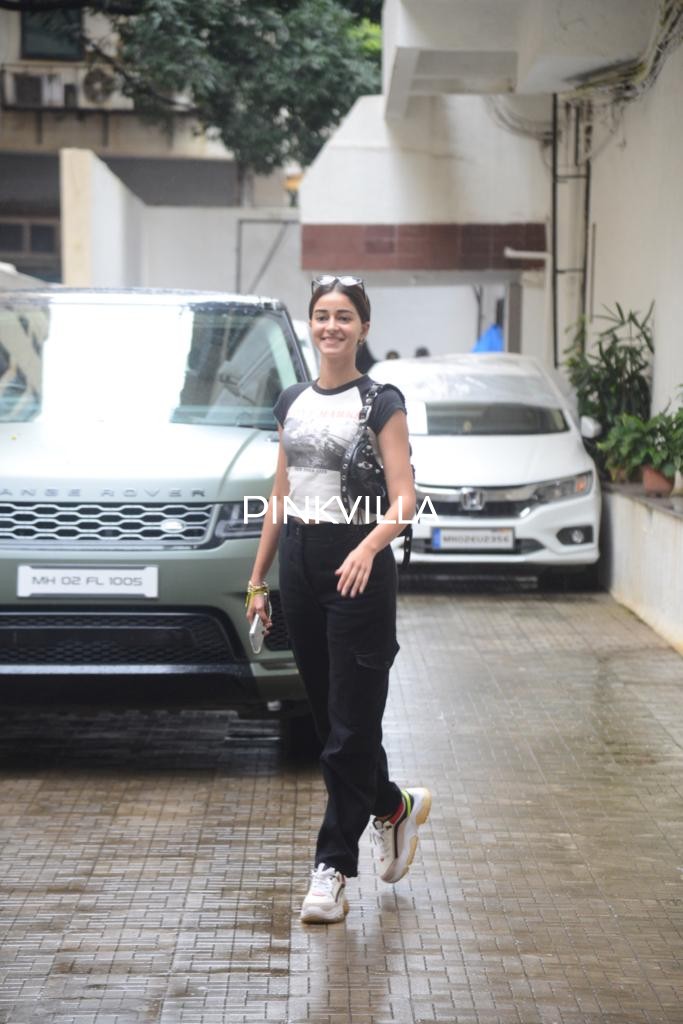