Ananya Panday took to her Instagram and shared pictures with her family. Ananya Panday is undoubtedly one of the leading actresses of this generation. The young diva, who had made her big Bollywood debut with Student of The Year 2, has successfully carved a niche for herself. Apart from showcasing her acting potential in films, Ananya also keeps her fans and followers entertained on social media as she treats them to glimpses of her life every now and then. Recently, Ananya shared glimpses of how she spent her holidays in Italy. And, her Instagram timeline is proof. From sun-kissed pictures to throwing fashion goals, Ananya was on a roll. Meanwhile, the actress is finally back to the bay and is now seen spending quality time with her family including her mother and grandparents.

Sharing an adorable picture of her mother and grandmother on her Instagram stories, the actress wrote, “Gorgeous nani and mama. Clicked by me.” In the picture, her mom Bhavana Pandey is seen hugging her mom. Ananya shared one more picture featuring herself and her ‘nanaji.’ In the picture, Ananya is seen lying on her grandfather’s shoulder. 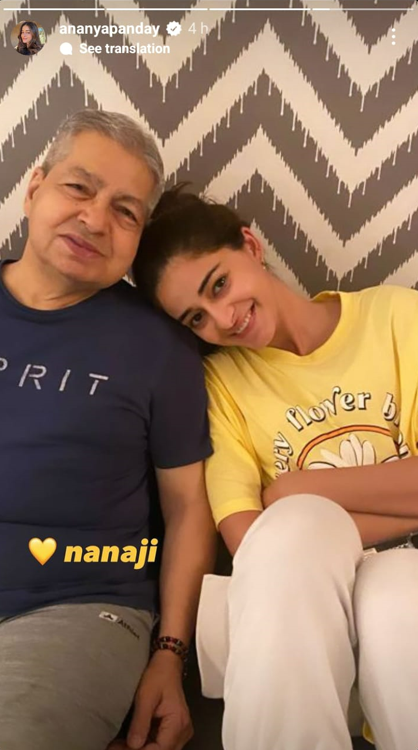 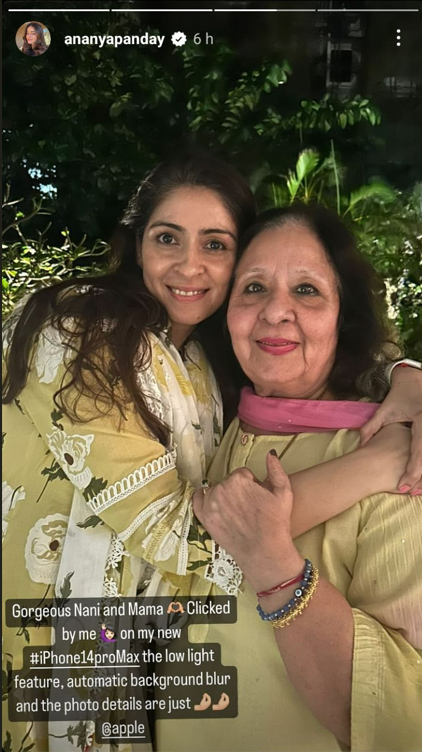 Ananya will next be seen in Arjun Varain Singh’s directorial Kho Gaye Hum Kahan with Siddhant Chaturvedi and Adarsh Gourav. The movie will mark Ananya’s second collaboration with Siddhant after the 2022 release Gehraiyaan. In an exclusive interview with Pinkvilla, the actress mentioned that she is in talks for three projects, she can't speak much about.