The upcoming sports drama is based on the life of former Indian woman cricketer Jhulan Goswami. A screenshot of Ansuhka Sharma from her video

Anushka Sharma, who is currently in the UK, has announced a second schedule wrap of her upcoming film Chakda Xpress. The film is a sports biopic based on former Indian woman cricketer Jhulan Goswami. It will stream on Netflix. Well, the makers have not announced the release date of the film till now. However, amid this, the actress also went on a fun play date with her daughter Vamika. She shared the video on her social media handle.

Taking to her Instagram handle, Anushka wrote, “I was on a play date with my little girl and I was clearly doing most of the playing.” In the video, we can see the Rab Ne Bana Di Jodi actor wearing jeans paired with a white tee and lavender colour jacket, running to hide behind the huge book, and then after a few seconds, she is coming out of the tunnel. Well, Vamika is not seen but she must be behind her mommy.

Coming to her wrap announcement, the actress shared a picture on her story and captioned it, "Schedule wrap," followed by joined hands and cricket emoticons.

Watch the video and picture here: 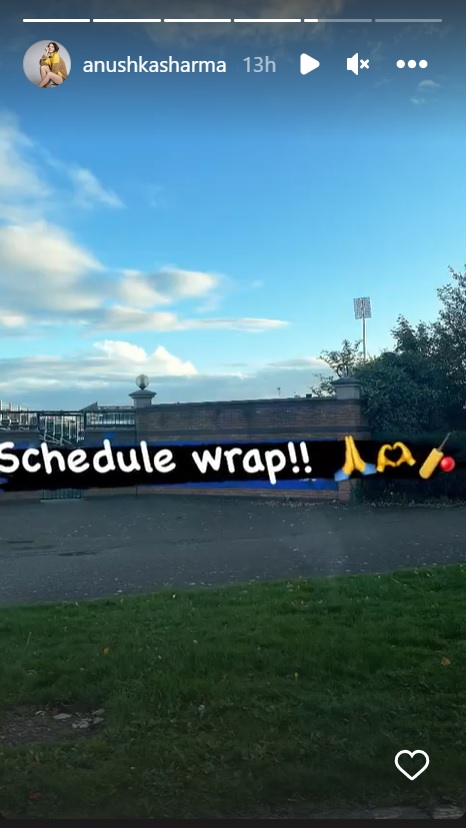 Anushka was shooting in England for a long time. Chakda Xpress marks the comeback of the Dil Dhadakne Do actor. She was last seen in Zero in 2018 with Shah Rukh Khan and Katrina Kaif. Chakda Xpress is directed by Prosit Roy. For the film, Anushka has undergone a lot of cricket training.