Anushka Sharma and Virat Kohli react to the news of Roger Federer’s retirement from professional tennis. Just an hour ago, Tennis legend Roger Federer announced his retirement from the sport. The 20-time grand-slam champion will bid farewell to professional tennis after the Laver Cup 2022. He took to his social media to post a lengthy note, and a recording of himself reading the letter to break the news about his retirement plans. Soon after, social media was flooded with his fans conveying their shock, awe, and heartfelt tributes. Bollywood actress Anushka Sharma took to her Instagram story to share the news, and express her heartbreak over it.

Anushka Sharma shared the video of Roger Federer reading out the letter and wrote, “Genius” along with a heartbreak emoji. Meanwhile, Virat Kohli also reacted to the news and shared his adulation for the ace tennis player. Virat commented on Roger Federer’s post on Instagram and wrote, “The greatest of all time. King roger,” along with heart emojis. Celebrities from all walks of life have reacted to Federer’s retirement, right from sports personalities to Bollywood stars. 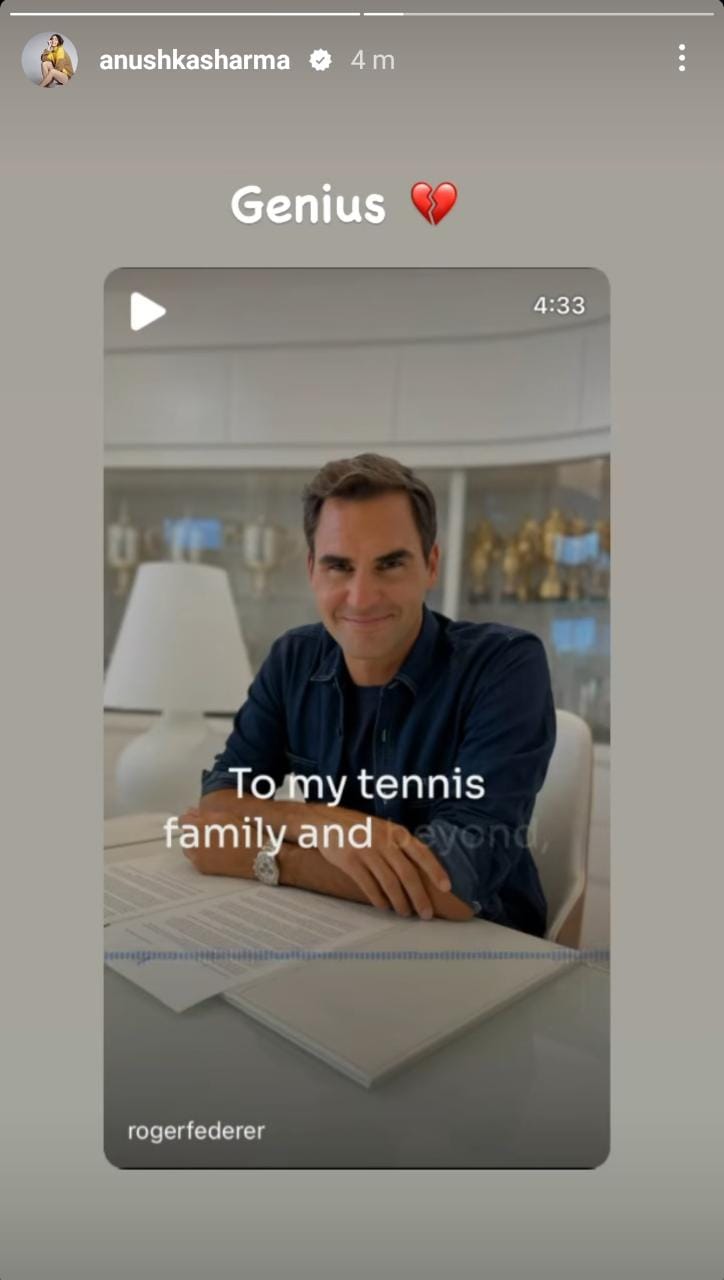 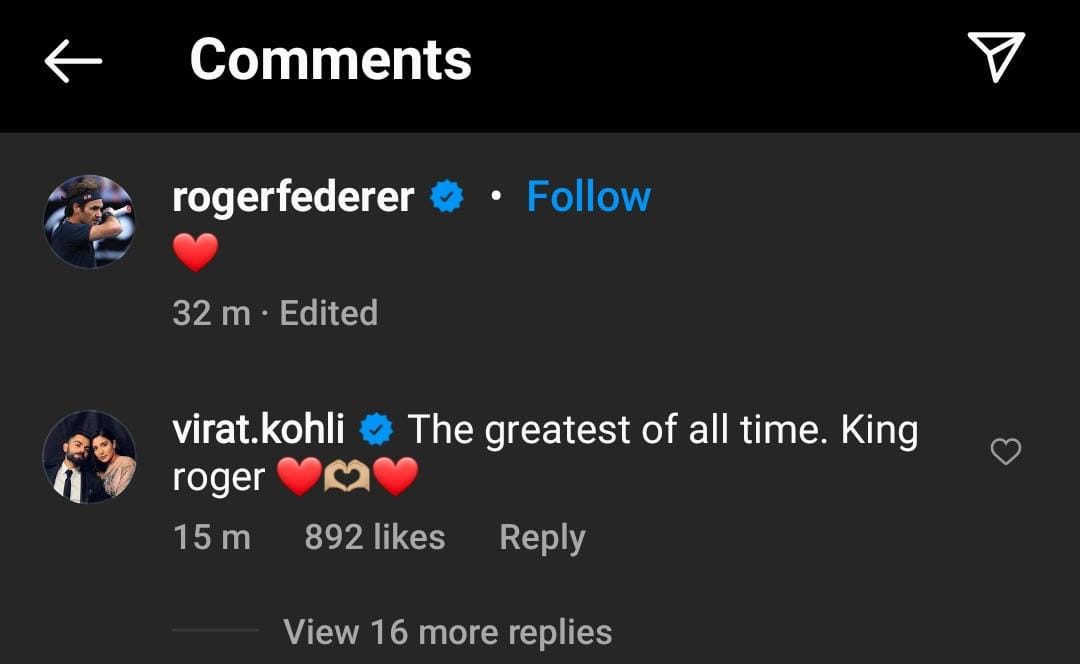 Meanwhile, in his social media post, Roger Federer said, “I am 41 years old. I have played more than 1500 matches over 24 years. Tennis has treated me more generously than I ever would have dreamt, and now I must recognize when it is time to end my competitive career. The Laver Cup next week in London will be my final ATP event. I will play more tennis in the future, of course, but just not in Grand Slams or on the tour.”

The Laver Cup next week in London will be the last professional tennis event that Roger Federer will take part in.

Advertisement
You May Like This
Virat Kohli & Anushka Sharma strike a pose with th...