On Yash Chopra's birth anniversary, Anushka Sharma penned a note as she paid tribute to the late filmmaker. It’s filmmaker Yash Chopra’s 90th birth anniversary today. He was considered one of the best directors in the Bollywood industry. The legendary filmmaker-producer has given Indian cinema several classic films like Waqt, Deewar, Chandni, Silsila, Kabhie Kabhie, Trishul, Jab Tak Hai Jaan, and many more. Yash Chopra, who was known as the King of Romance in Bollywood, was 80 when he passed away of multi-organ failure after suffering from dengue on 13 October 2012.

On his birth anniversary today, Anushka Sharma took to her Instagram story and paid a tribute to the late filmmaker. Sharing Yash's photo, she captioned it: "A master storyteller who weaved magic on celluloid. Remembering the iconic visionary, Yash ji on his birth anniversary." The actress had made her debut in Yash Chopra-backed film Rab Ne Bana Di Jodi with Shah Rukh Khan in the lead. After that, Anushka also went on to work with the filmmaker in Jab Tak Hai Jaan, which also had Shah Rukh Khan and Katrina Kaif. 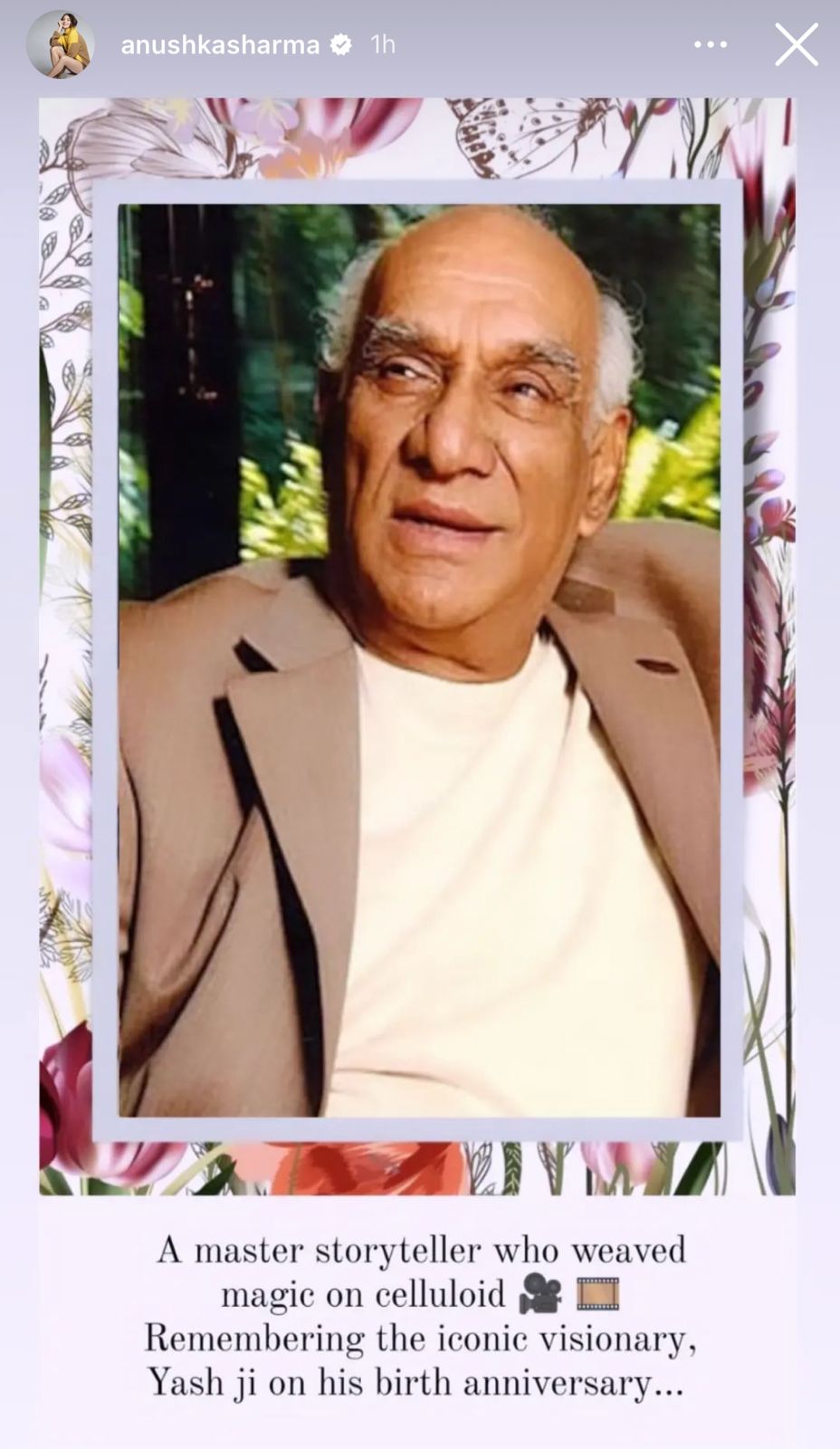 Meanwhile, on the work front, Anushka was last seen in the 2018 movie Zero, co-starring actors Shah Rukh Khan and Katrina Kaif. Since then, the actress backed many hit projects as a producer. Anushka is all set to make comeback with her film Chakda 'Xpress. She is currently in the UK prepping for the film. It was in January this year when the Rab Ne Bana Di Jodi actress announced the movie and shared a teaser of the film with a long note on her social media handle.

This also marks her first film after the birth of her daughter Vamika whom she and Virat Kohli welcomed into their lives in 2021. Meanwhile, Chakda ‘Xpress is slated to release on Netflix. Anushka will be seen portraying the character of an Indian woman cricketer, Jhulan Goswami. It is directed by Prosit Roy and backed by Karnesh Ssharma's Clean Slate Filmz.

Here's how Karan let Anushka have a Yash Chopra mo...

The grand theatre created inside YRF studios for J...

From Sadhana To Katrina:Looking At 50 Years Of The...