Anushka Sharma’s adorable photos with Virat Kohli have left netizens swooning over them. Anushka Sharma is currently in the UK where she is prepping for her upcoming film Chakda ‘Xpress. And recently, she was joined by her hubby Virat Kohli. Earlier today, Anushka took to her social media space and shared a slew of photos with the cricketer, showcasing glimpses from their romantic coffee date together. As soon as she dropped the photos, they went viral, with fans and followers swooning over them. And now, Anushka and Virat’s pictures have received reactions from Ranveer Singh and Priyanka Chopra too. Check them out.

Anushka and Virat’s photos received a lot of reactions from celebs, including Priyanka Chopra and Ranveer Singh. PeeCee took to the comments section and dropped an evil eye emoji with a red heart and heart face emoji. On the other hand, Ranveer also commented with an evil eye and pink hearts emojis. Other celebs like Karisma Kapoor, Zoya Akhtar, and Shibani Dandekar also dropped a slew of red heart emoticons in the comments section. 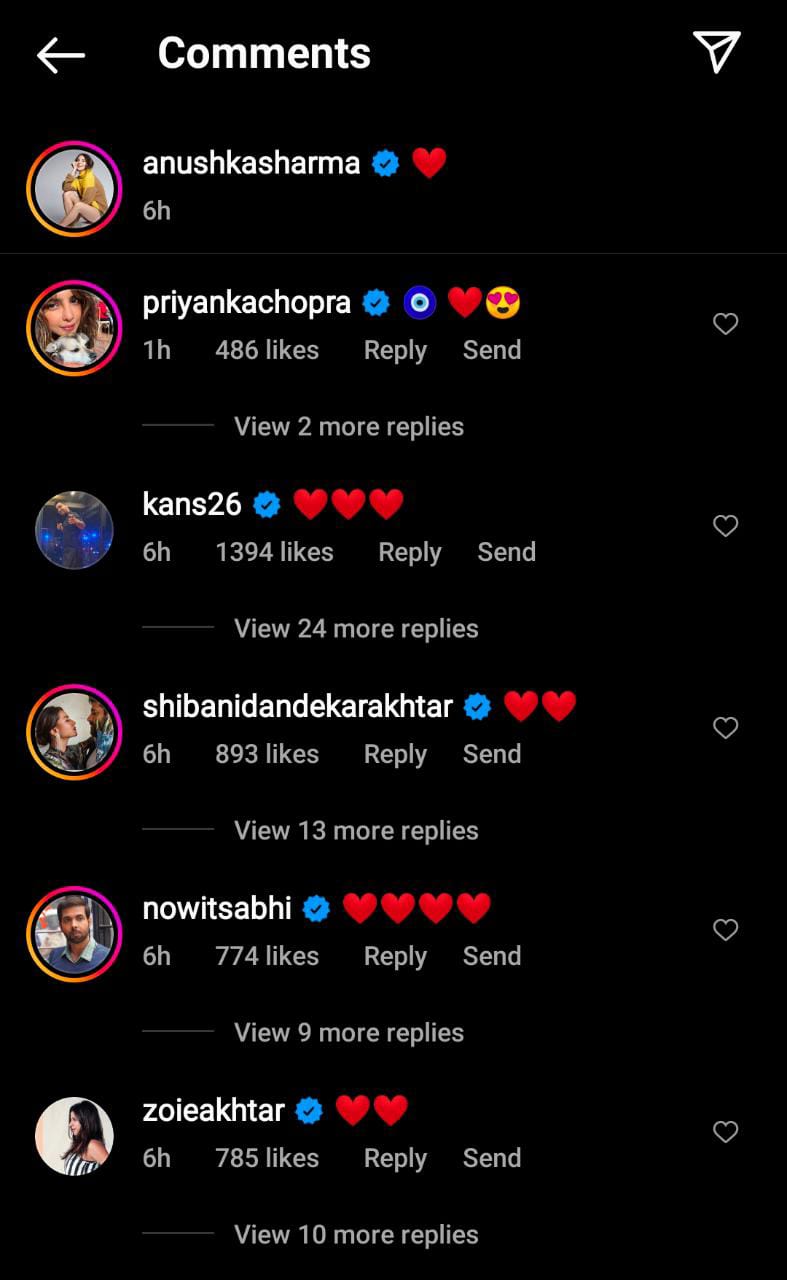 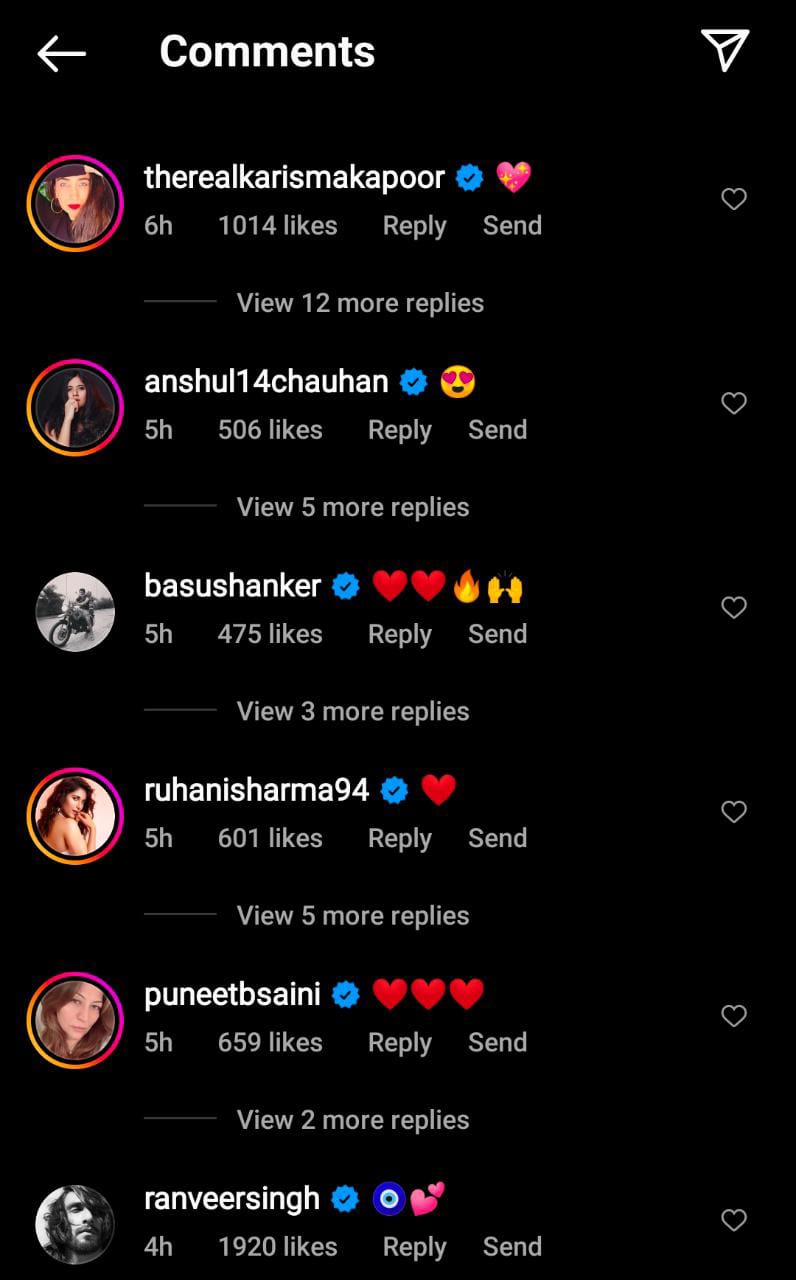 Anushka and Virat often paint social media red with their romance. Recently, Virat dedicated his 71st century in the Asia Cup 2022 to Anushka and their daughter Vamika. During the mid-match presentation, he said, “You see me standing here right now because all the things that have been put in perspective has been done by one person who stood by me through all these difficult times and that's Anushka. This hundred is specially dedicated to her and our little daughter Vamika as well".

The Pari actress also penned a heartfelt note for Virat after his century. She took to Instagram and wrote, “Forever with you through any and everything.”

Anushka will be making a comeback on the silver screens after almost 5 years with the former cricketer Jhulan Goswami’s biopic titled Chakda ‘Xpress. On the other hand, Ranveer has Rohit Shetty’s Cirkus and Karan Johar’s Rocky Aur Rani Ki Prem Kahani in the pipeline. Talking about Priyanka, the actress will be seen in Ending Things and It's All Coming Back To Me. She also has Farhan Akhtar's Bollywood film Jee Le Zaraa with Katrina Kaif and Alia Bhatt. With lovers making headway to Barcelona, is Zoya's...