Arjun Kapoor and Malaika Arora twin in black as they get SPOTTED together in the city: See PICS

Arjun Kapoor and Malaika Arora were recently SPOTTED together in the city. The famous Bollywood couple twinned in black, as they stepped out for dinner with friends. Arjun Kapoor and Malaika Arora are unarguably one of the most famous couples in Bollywood, right now. The popular stars made their relationship official a couple of years back, after keeping it under wraps for quite a while. Malaika Arora and Arjun Kapoor have always grabbed the attention of both the netizens and the media with their electrifying chemistry and adorable PDA on social media. The couple never shied away from expressing their affection for each other, after making their relationship official.

The lovebirds were spotted at Bandra, Mumbai on November 12, Saturday night, as they stepped out for dinner with some friends. Malaika Arora and Arjun Kapoor served major couple goals as they twinned in black, for the night out. Arjun looked handsome in a casual black short kurta, which he paired with denim trousers and tinted glasses. Malaika, on the other hand, looked stunning in a black long coat, which she paired with a matching spaghetti top and leather trousers. She completed her look with a signature silver chocker, and black stillettos. 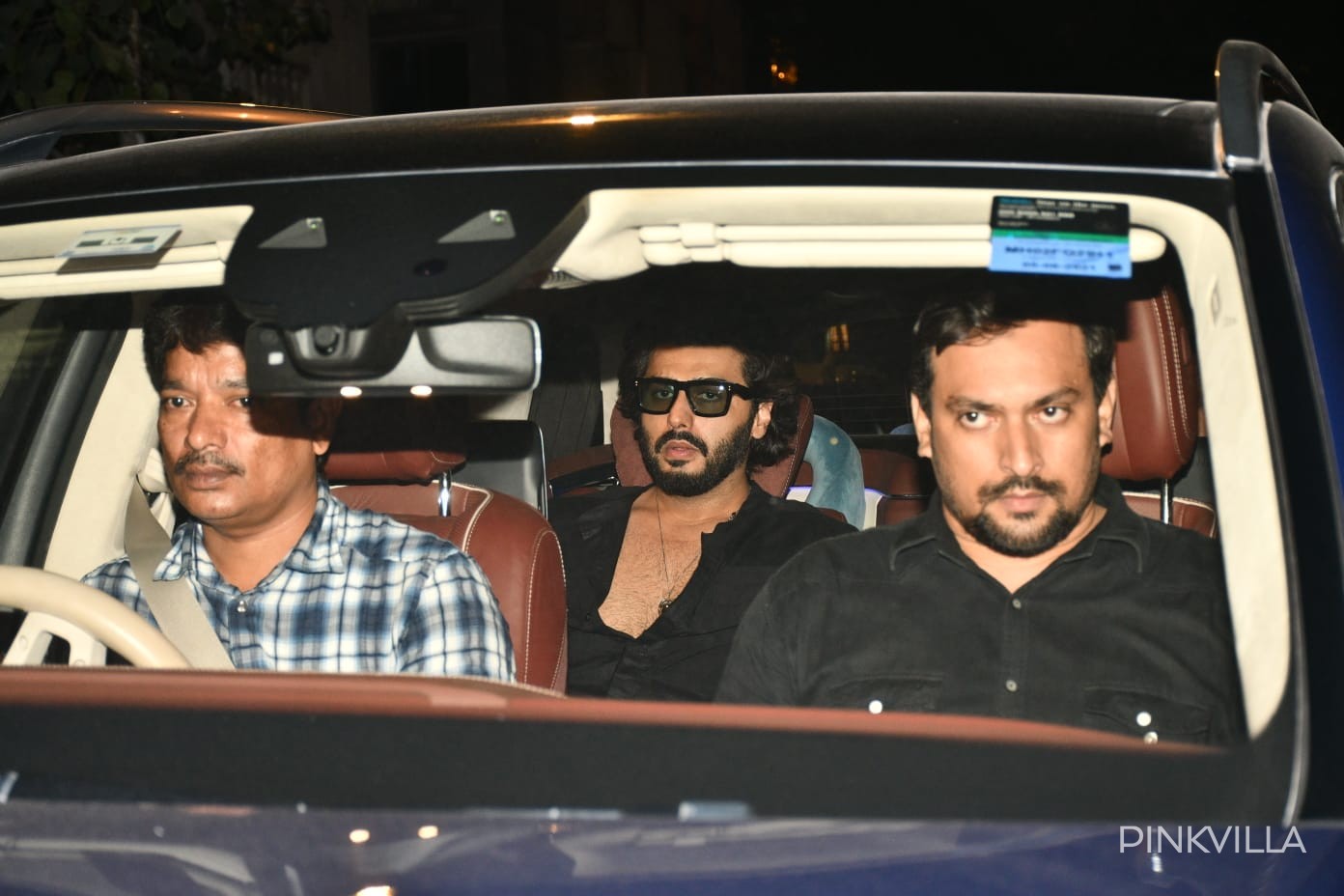 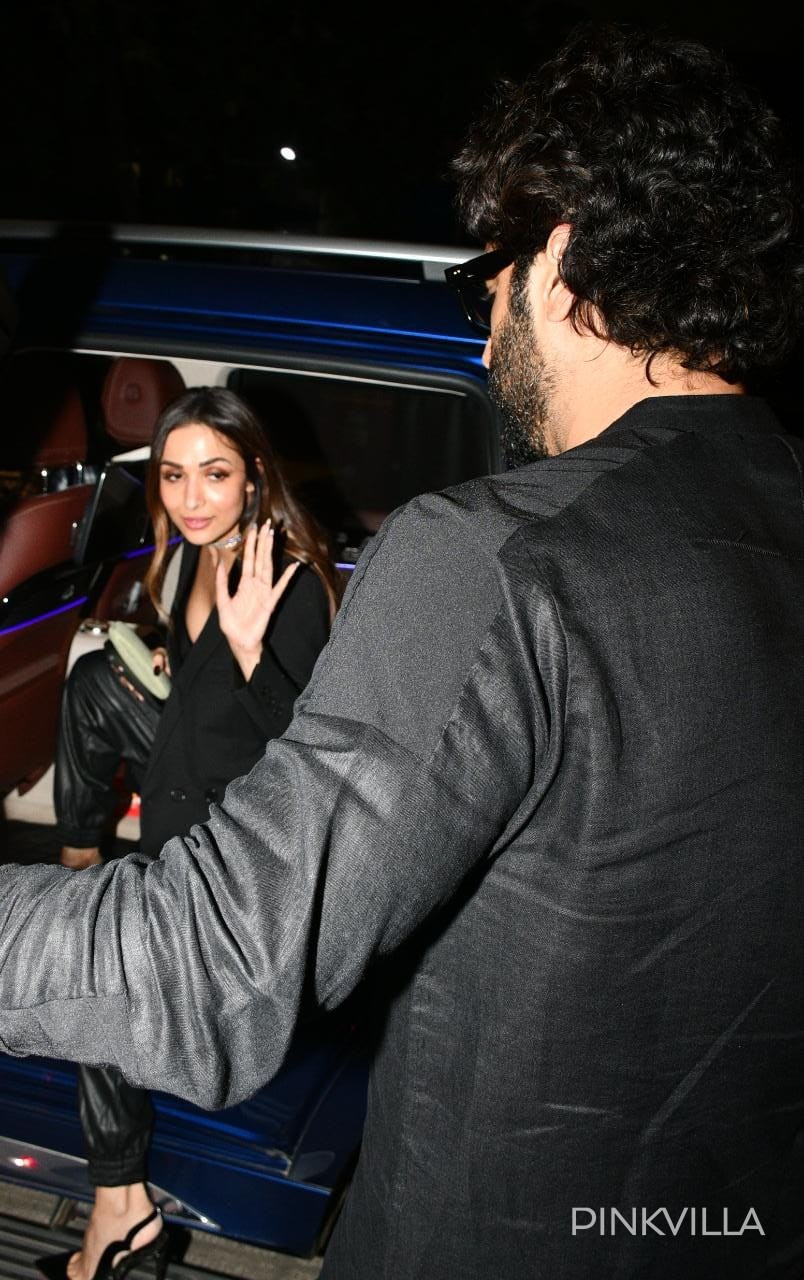 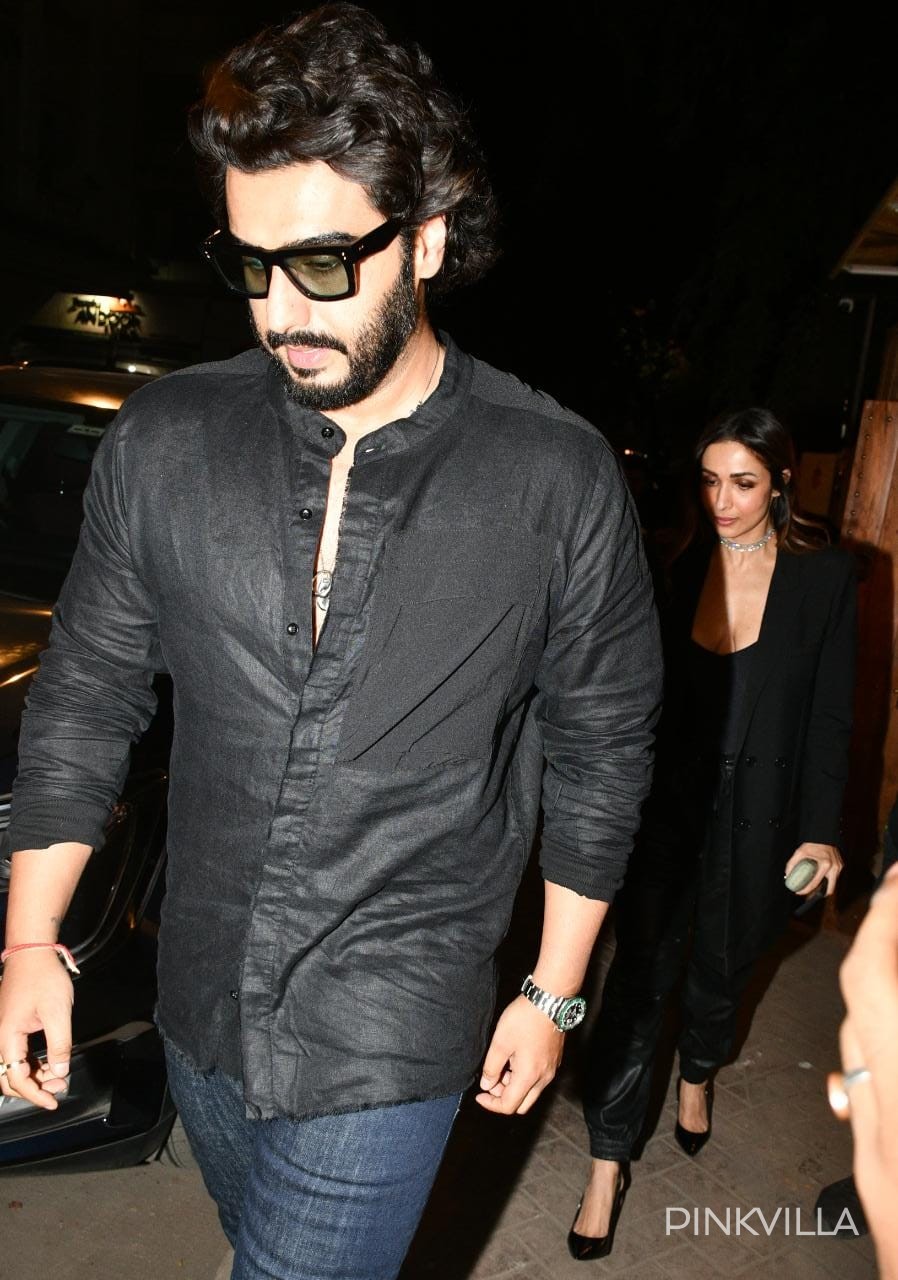 Arjun Kapoor confirmed that he has taken his relationship with Malaika Arora to the next level by introducing her to his family members, including his Dadi Nirmal Kapoor. The actress was a part of the Diwali celebrations at the Kapoor household, this year. However, Arjun Kapoor and Malaika Arora are not planning to tie the knot anytime soon, as both of them are focussing on their respective careers.

The actor has an exciting line-up of projects, including The Lady Killer, the upcoming romantic comedy which has been titled Mere Husband Ki Biwi, and the upcoming Aasman Bhardway directorial, Kuttey. Malaika Arora, on the other hand, recently announced her OTT debut with the upcoming reality show Moving In With Malaika, which is slated to air on Disney Plus Hotstar.