Arjun Kapoor’s reply to Anushka Sharma’s post will leave you in splits! Arjun Kapoor has a great sense of humour. The actor is quite active on social media, and is often seen leaving hilarious comments and comical one-liners on his friends' and fellow celebrities’ Instagram posts. A few hours ago, Anushka Sharma made a post on Instagram sharing her not-so-perfect photographs. In her caption, Anushka wrote that she didn’t like any of the pictures, but decided to post the ‘ok ok type photos’ anyway. While her fans assured her that the pictures were amazing, Arjun Kapoor hilariously trolled the photos, and dropped a hilarious comment on her post.

Arjun Kapoor commented on the post, and agreed with her! He wrote, “Hoodie achi hai photos toh kharaab hai I agree.” Ranveer Singh also dropped a laughing emoji on Anushka’s post. Check out the post, and Arjun’s comment below. 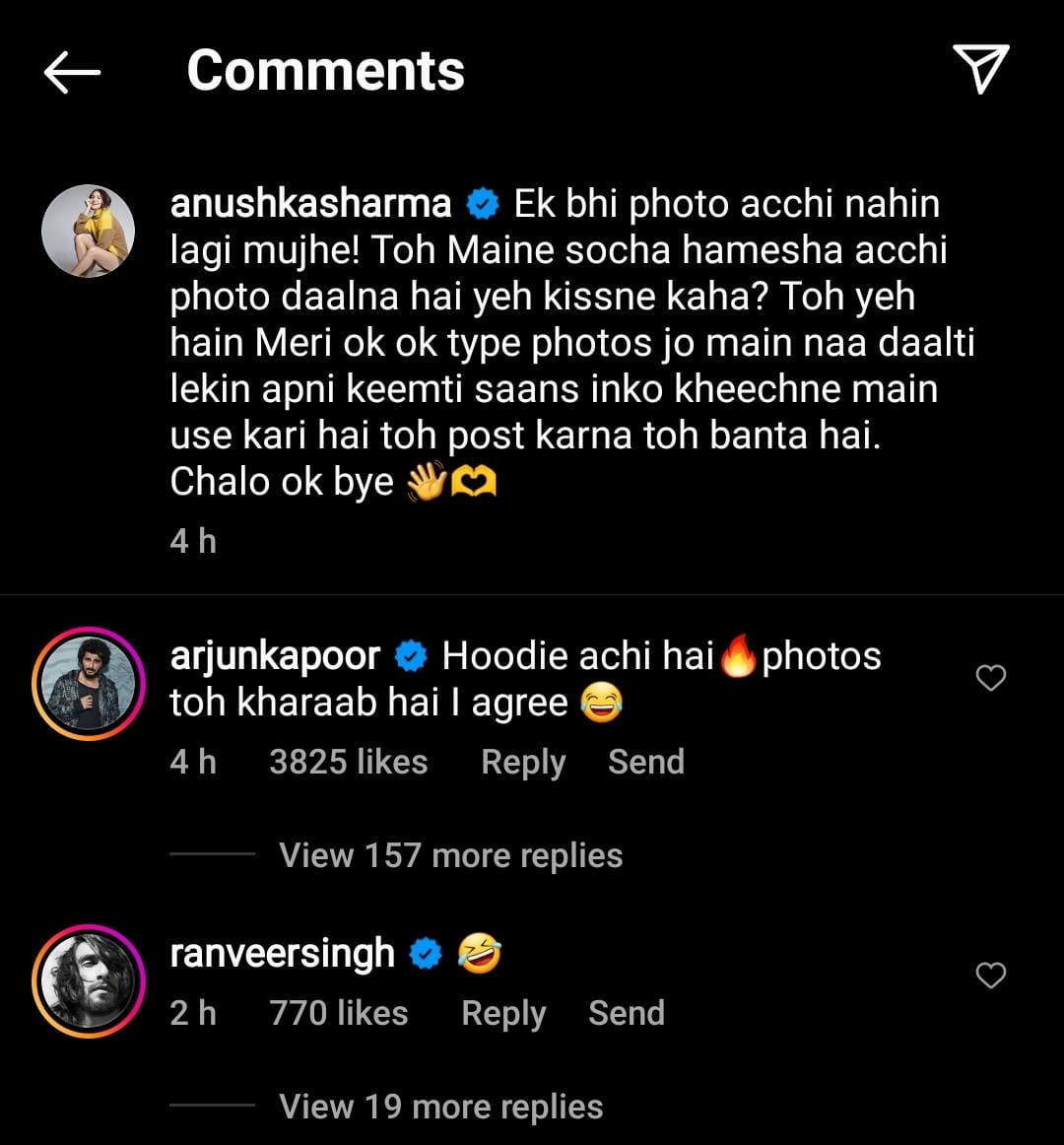 On the work front, Anushka Sharma is all set to make her comeback on the big screen with her upcoming film Chakda ‘Xpress. It is directed by Prosit Roy and backed by Karnesh Ssharma's Clean Slate Filmz. Anushka is currently in the UK shooting for the film. The actress was last seen in the 2018 film Zero, co-starring Shah Rukh Khan and Katrina Kaif.

Meanwhile, Arjun Kapoor will next be seen in The Ladykillers, co-starring Bhumi Pednekar. He also has Mudassar Aziz’s comedy film in the pipeline. When is Arjun Kapoor going to act with Anushka Sha...