Arjun Kapoor, Janhvi Kapoor and Khushi send love to 'Papa' Boney Kapoor on his birthday; Check it out

Boney Kapoor has turned a year old today. On this occasion, his kids Arjun Kapoor, Janhvi Kapoor and Khushi Kapoor took to their social media handles and penned heartfelt wishes for him. Boney Kapoor celebrates his birthday today. On Thursday, the producer hosted an intimate dinner for friends and family at his Mumbai residence, which was attended by Arjun Kapoor, Anshula Kapoor, Janhvi Kapoor, Shabana Azmi, Shanaya Kapoor, Maheep Kapoor, Mohit Marwah, Jahaan Kapoor, Reena Kapoor, and Satish Kaushik. Just a while back, Boney's children Janhvi, Khushi and Arjun took to their social media handles and penned heartfelt notes for their father.

Janhvi shared a hilarious video of her father Boney and wrote: "Happy birthday to the cutest Papa in the whole world. I love you more than you can every imagine. You’re the strongest man I know and I’m the luckiest girl because I get to call you my dad. Love you papa." Arjun shared a group picture from Boney's intimate birthday dinner and wrote: "Happy birthday Dad !!! As u said yesterday u remain young at heart no matter what, I hope & pray u always feel that way... lots more smiling & a little less spending for this year & the many years ahead !!!"

Khushi, on the other hand, shared a collage of their photos together and sharing it on her Instagram story, she captioned it: "Happy Birthday to my hero. I love you the most in the world." 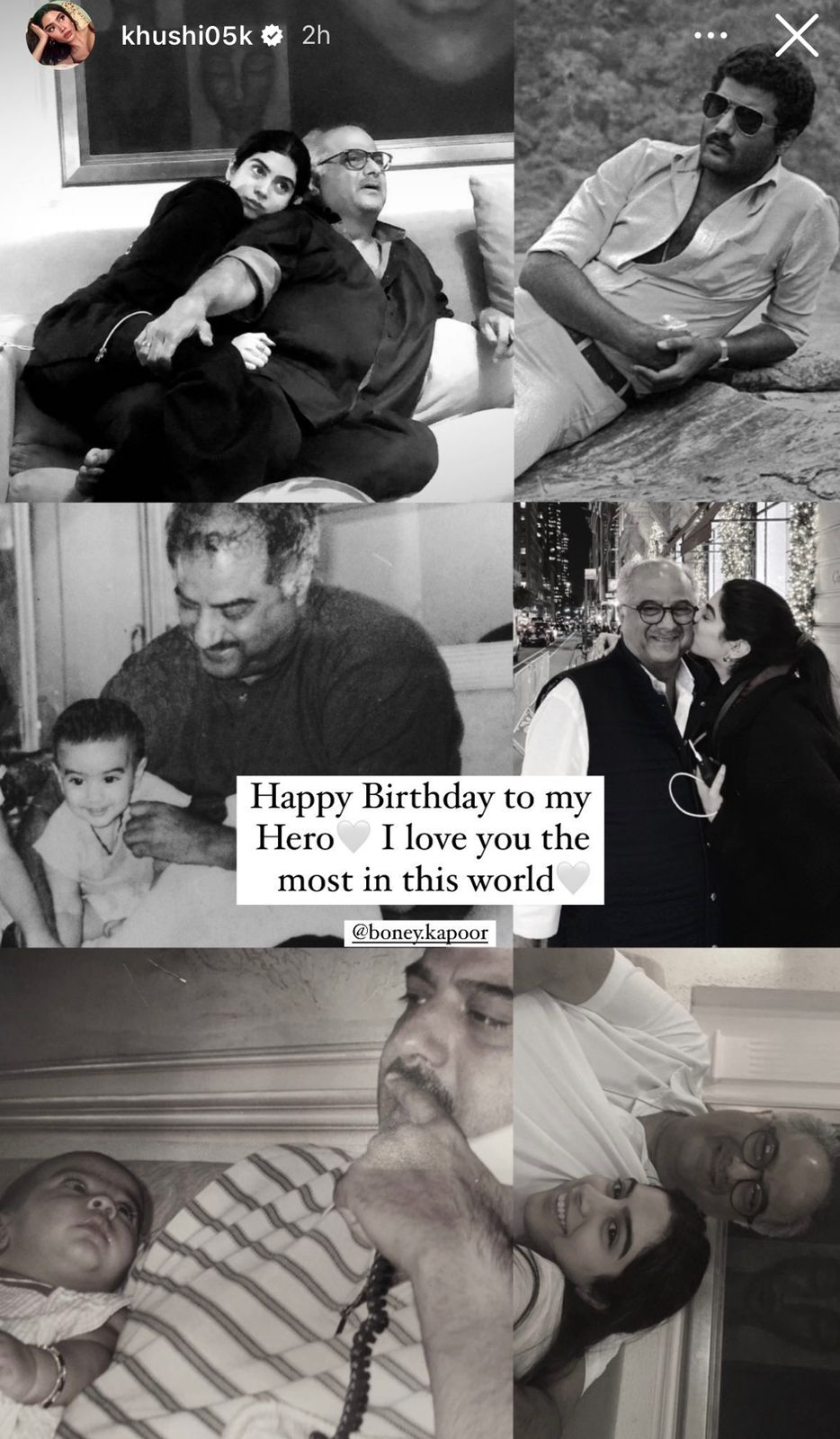 Meanwhile, Boney shared pictures from his midnight birthday celebration on Instagram on Friday and wrote in the caption, “It was wonderful to bring in my birthday with my family and my good friends… love and light to all!” Arjun and his sister Anshula Kapoor are Boney' Kapoor's children with his first wife, the late Mona Shourie. Janhvi and Khushi Kapoor are the late actress Sridevi and film producer Boney Kapoor's daughters.

On the work front,  Boney recently produced the thriller Mili, which starred Janhvi in the lead. He will also be seen in Luv Ranjan's film with Ranbir Kapoor in the lead.