Arjun Kapoor will be seen next in The Lady Killer co starring Bhumi Pednekar. Arjun Kapoor has been doing films back to back. He has recently completed the scheduled shooting of his upcoming film The Lady Killer co starring Bhumi Pednekar. Well, the pair have reunited again for the next project. The name or other details has not been revealed till now. But it looks like the shooting has started. The actor has set the Sunday on fire after sharing the sunkissed pictures from Glasgow, the United Kingdom on his social handle. His caption is on point.

In the pictures, Arjun is seen posing opposite the sun. It is a monochrome picture. He is wearing his glasses and smiling. The caption reads, “नयीं Film नयीं Vibe followed by a face emoji.” As soon as he dropped the pictures, Varun Dhawan commented, “Kya insaan ho app.” Fans dropped heart emojis in the comment section. Talking about the film, The Lady Killer, the film is a suspense drama thriller that follows the romance of a small-town playboy and a self-destructive beauty played by Bhumi Pednekar. It is directed by Ajay Bahl. EXCLUSIVE: Arbaaz Khan and Arjun Kapoor to be seen... 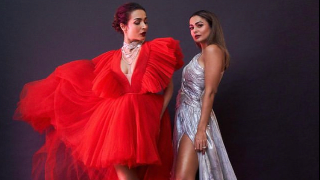 EXCLUSIVE: Malaika Arora and Amrita Arora to do a ...